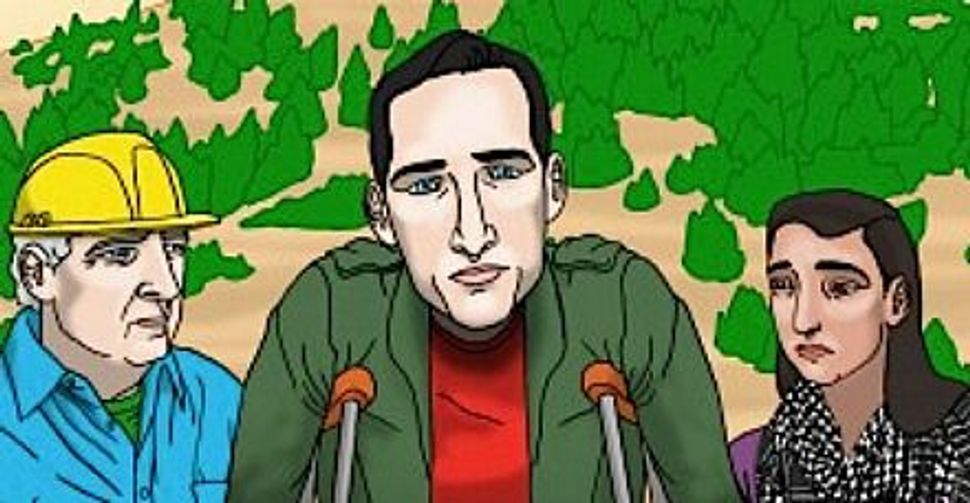 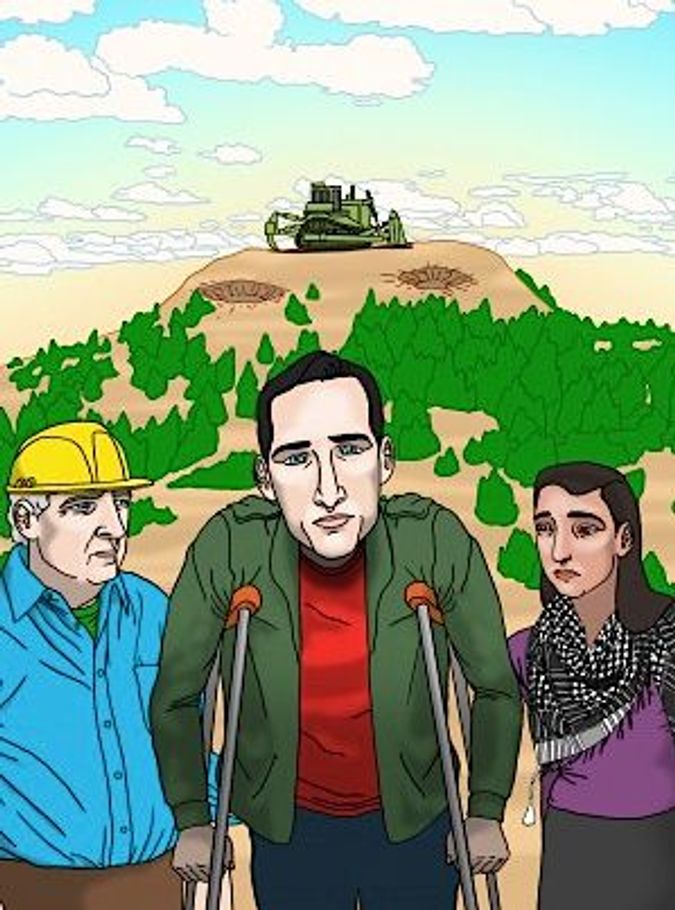 A few months ago, thanks in part to The Forward, I became aware of a controversy at Theater J. An organization housed within the Washington DC Jewish Community Center (DCJCC), the theater had announced its 2013-2014 season, which was to include a production of “The Admission” by Israeli playwright Motti Lerner.

Key to this play are contrasting and layered Israeli and Palestinian narratives about what happened in an Arab village during the 1948 war for Israeli independence. Arguing that by staging this play Theater J, the DCJCC, and the Jewish Federation of Greater Washington were “promoting a discredited and defamatory lie against Israel,” a committee called Citizens Opposed to Propaganda Masquerading as Art (COPMA) implemented an energetic and public campaign against it.

I confess that the merest hint of anti-Israel sentiment can set me on edge, even (perhaps especially) when that sentiment appears to come from my coreligionists. In this instance, my immediate reaction was to sympathize with COPMA’s argument that Federation (or other Jewish community-sourced) funds should not go to disparaging, demonizing, or delegitimizing the Jewish state. But without having read or seen “The Admission” for myself, I couldn’t be certain that the play was guilty as COPMA had charged it.

Admittedly, having read one of Theater J’s previous controversial choices — Caryl Churchill’s abysmal “Seven Jewish Children” — I wasn’t prepared to give Theater J or its artistic director, Ari Roth, the unqualified benefit of that doubt. But my few online exchanges with Roth, beginning with our common participation in an online forum on Holocaust-related film and literature, had been perfectly pleasant. One of his own plays remained queued up on my Kindle for me to read.

Simply put: I was reluctant to believe that Roth’s motives were as sinister as COPMA implied. I learned long ago how pernicious such rush-to-judgment reactions can be — and not only when it comes to discussing Israel. Yet with the advent of round-the-clock, multi-modal discourse, it can sometimes be tricky for those of us who aren’t employed as full-time analysts to slow down and read (let alone research) beyond the headlines. That much became clear even as I engaged in Twitter exchanges about the controversy with others who admitted that they hadn’t yet read the play, either.

Digging a bit, I found a translated excerpt from “The Admission” online. I followed updates on Theater J’s blog in which individuals who saw staged readings of the play in Israel, as well as collegians who studied it in Washington, described what they’d taken from those experiences. I read reasonable replies to COPMA’s claims. Finally, I asked Roth where I could access a copy of the script. He emailed one to me minutes later.

Now that I’ve read the play (twice), I no longer have the same fears and anxieties that were aroused when I first heard about it. Unlike, say, the aforementioned “Seven Jewish Children,” Lerner’s play is not anti-Israel “propaganda masquerading as art.” On the contrary: “The Admission” spotlights instances in which casualty numbers have been falsified or inflated (typically to Israel’s detriment), suggests vulnerabilities in what may be understood as historical truth, and emphasizes the importance of context.

True to a work of art, “The Admission” is layered and complex. We become privy to multiple viewpoints of the same events. An Arab character, Ibrahim, may see a Jewish character, Avigdor, as a killer from 1948. But for Avigdor’s wife, the then-young army commander emerged from the deadly battle in question as “a survivor. Not a murderer.”

This is one way in which Lerner achieves his stated intent: “[T]he play is not an attempt to make a historical judgment … but an attempt to explore how Jews and Arabs in Israel have created their historical memories as a means for survival. The play is trying to suggest that theses [sic] historical memories have to be explored and revised continuously in order to create a solid basis for reconciliation between the two people.”

In the aftermath of the COPMA campaign, Theater J re-organized its schedule, shifting its plans for “The Admission” from full production to a series of workshops, which will be complemented by educational programming. It seems, too, that Lerner has continued to revise and refine the play over time. In the end, I’m sufficiently interested in following this episode beyond the pages I’ve printed out and the websites I continue to visit. I’ve purchased a ticket to attend one of Theater J’s workshop presentations myself and will travel to Washington specifically to do so. It may end up having taken nearly six months, but when I render a final verdict on “The Admission,” it will be one that’s as informed as I can make it.