Where Does Leona Helmsley’s Money Go? Hint: Not to the Dogs 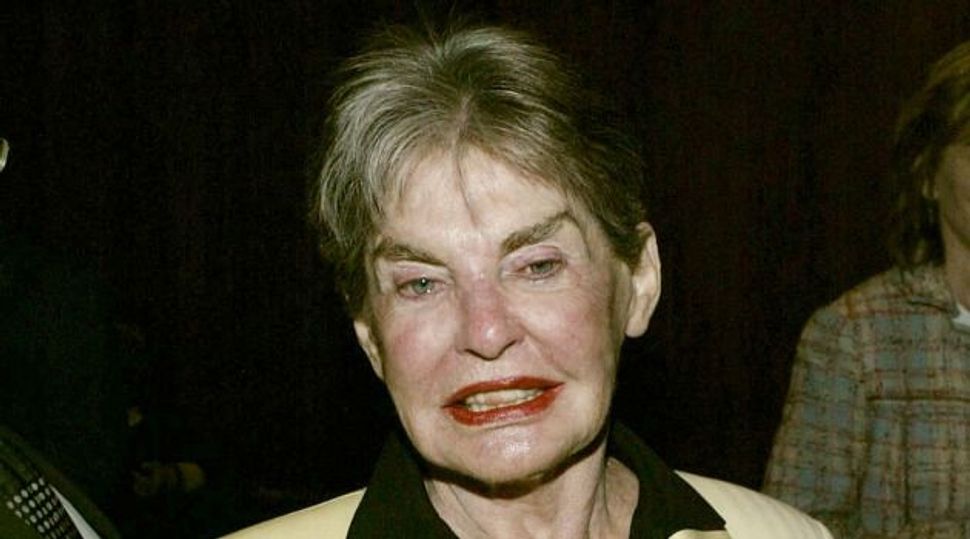 In her hometown of New York she was known as the “queen of mean,” notoriously mistreating her employees, tenants and even family members. But in Israel, the name Leona Helmsley is increasingly synonymous with generous donations to programs funded by the trust set up from the late hotelier’s bequest.

With more than $140 million already provided in the past four years to causes in Israel, mostly for health care and medical research, the Leona M. and Harry B. Helmsley Charitable Trust is quietly emerging as a key player in the field of Israel-related philanthropy. Its role, if only posthumously, is giving the hotel queen a seat at the table of Israel’s mega-donors. There, the foundation is being courted by universities, hospitals and civic organizations.

At first glance, the juxtaposition is surprising. A tough billionaire businesswoman who famously chose to leave a chunk of her fortune to her Maltese dog, Trouble, Helmsley was never actively involved in the Jewish community. Now she is becoming a pro-Israel hero.

“Whatever their opinions might be of Mrs. Helmsley, good, bad or indifferent, will become irrelevant and what will be relevant are the things that the trust is doing for mankind and particularly in Israel,” said Sandor “Sandy” Frankel, one of the Helmsley Trust’s key trustees.

Frankel, in fact, is the key to understanding the Helmsley Trust’s interest in Israel. Helmsley’s lawyer while she was alive, Frankel is today using his position as one of the trust’s four trustees to steer its interests toward Israel, long one of his own personal passions.

“I’ve had a lifelong emotional connection to the country, and given the opportunity to do good in an area of importance, it was an easy enough choice,” Frankel told the Forward in a January 6 interview. The unique setup of the Helmsley Trust allows Frankel to follow his passion and make Israel a key beneficiary of its grants.

With net assets of more than $5 billion, the Helmsley Trust has already distributed more than $1 billion. Leona Helmsley bequeathed all her estate to the trust, except for the $12 million that went to her now deceased dog. (A court later reduced the sum to $2 million.) And in recent years executors of the estate have been selling off all her assets — hotels, buildings and even the landmark Empire State Building — and channeling all proceeds to the trust.

But while many others set strict goals for their family charitable trusts, Helmsley made no stipulation regarding use of her money. This was left entirely to the discretion of four trustees: Frankel; John Codey, a former Helmsley business associate, and two of Helmsley’s grandchildren, David and Walter Panzirer.

Ranked as the 14th-largest grant-making foundation in America, the Helmsley Trust focuses its giving on providing major gifts in three key fields: Sixty percent of the trust’s annual giving goes to health programs targeting Crohn’s disease research, diabetes treatment, rural health care and medical research. A quarter is dedicated to education and help for children in need, and the rest goes to local programs in New York and Israel and to local environmental programs around the world.

Frankel’s personal passion for Israel was never shared by Helmsley. The New York lawyer recalled talking to the billionaire businesswoman about Israel at times and offering to take her on a visit with his wife, who was born there, but Helmsley showed no interest.

A majority of the trust’s grants to Israel are focused on medical and scientific research and on health care. The trust’s guiding principle is to use its enormous size to give fewer but more significant grants rather than making many small gifts. One example is its $15 million grant given jointly to the Technion and the Weizmann Institute for the development of alternative energy resources. Another is a $5 million grant to Haifa’s Rambam hospital for building an underground emergency room to be used in case the city comes under a missile attack. Significant grants have also been made to organizations helping wounded veterans of the Israel Defense Forces.

“There are so many worthwhile activities in Israel to support that it is picking among a goldmine of possible riches there,” Frankel said.

A smaller share of the trust’s giving to Israel goes to improving the country’s image in the world. The idea, Frankel said, is to bring people to see Israel with their own eyes, thus overcoming what he views as the media’s damming portrayal of the country. “We’re not propagandists, we just want to have people see a country that is so often unfairly maligned in the press, have people see that country for themselves,” he said.

To advance this goal, the Helmsley Trust has given funds to a variety of pro-Israel organizations for programs bringing youths, academics, journalists and Christian leaders on tours of Israel. While some of these organizations, such as the Jewish Institute for National Security Affairs or the Foundation for Defense of Democracies, are known for their hawkish views on Israel, Frankel insists the trust is apolitical. Its sole interest, he said, is in providing a first-hand experience of Israel.

Uri Dromi, director general of the Jerusalem Press Club and a contributing editor to the Forward, received from the Helmsley Trust the lion’s share of the funds he needed to launch his program. In 2011, Frankel heard of the idea to establish a press club and came to visit the proposed venue at an abandoned restaurant overlooking Jerusalem’s Old City. Dromi scrambled to hose down the place and drag away trash cans blocking the view. “Frankel took one look and said, ‘Say no more,’” Dromi recalled.

Later came a series of inquiries about the program, resulting eventually in $2.8 million from the trust to renovate the place and launch the press club. It is the kind of program that fits the Helmsley Trust’s goals well. The club draws foreign and local journalists for informational gatherings, many focused on issues beyond the Israeli-Arab conflict. One such program resulted in a seven-minute CNN story about bird migration in the Hula Valley. The publicity now associated with the Helmsley name stands in stark contrast to the popular image of Leona Helmsley, whose life story was spread out on the covers of tabloids and in court documents.

Helmsley was born Lena Rosenthal to Jewish parents who emigrated from Poland and settled in New York. Jewish faith played barely any part in her upbringing, but she did pick up some Yiddish, which she would later use casually in conversations with Jewish friends. She dropped out of high school, changed her name time and again to make it less Jewish sounding, and launched a real estate career.

After her fourth marriage, to Harry Helmsley, the couple became one of New York’s top real estate owners, with a portfolio that included hotels, apartment buildings and commercial property. But stories of how she treated others haunted Helmsley. She evicted tenants from their homes, kicked her own daughter-in-law out after her son’s death and became notorious for her outbursts at workers and colleagues.

In 1989, Helmsley was charged with numerous counts of tax evasion and fraud for trying to bill work done on her private mansion as a business expense. She was famously quoted as saying during her legal ordeal that “only the little people pay taxes.”

Helmsley was sentenced to 16 years in prison, a term that was reduced significantly after her appeal, leading to a year and a half in federal prison.

Helmsley died in 2007, creating one last scandal with the generous trust fund she set up for her dog, who died four years later. 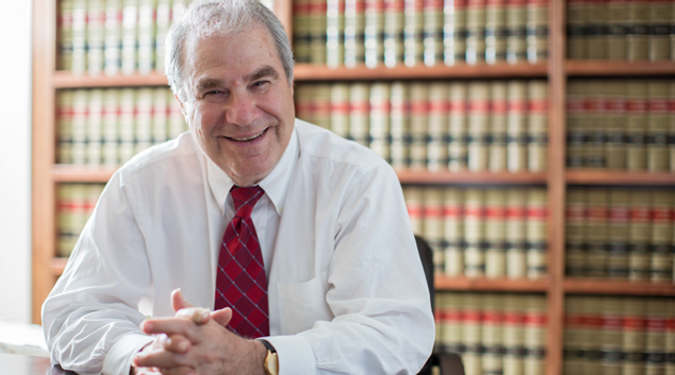 Trusty trustee: Sandor ‘Sandy’ Frankel is the key to understanding the Helmsley Trust’s interest in Israel. Image by Courtesy of Sandy Frankel

Her biographers know little about Helmsley’s Jewish life. “She was aware of her Judaism,” said Frankel, but she was not observant and was not involved in Jewish causes. Still, when a Jewish father wrote to her in 1997 to convey his daughter’s complaint that the Empire State Building was not lit up for Hanukkah, Helmsley intervened and made sure it was lit in blue and white for the holiday, which it has been ever since.

With most of Helmsley’s property already sold, the trust has reached its full size and is expected to maintain the current level of grant-making for the foreseeable future. For the Israeli program, this means around $30 million a year.

This charitable work, Frankel believes, could change Helmsley’s public perception, putting the “queen of mean” image behind as the public embraces the philanthropic work done in her name. “At the end of the day, she left an extraordinary financial legacy for the public good, and hopefully people will recognize that,” he said.

Where Does Leona Helmsley’s Money Go? Hint: Not to the Dogs