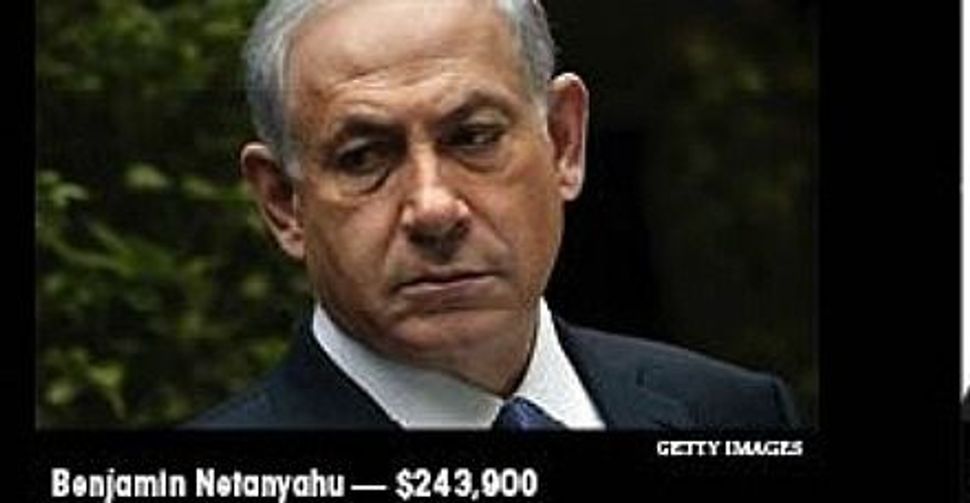 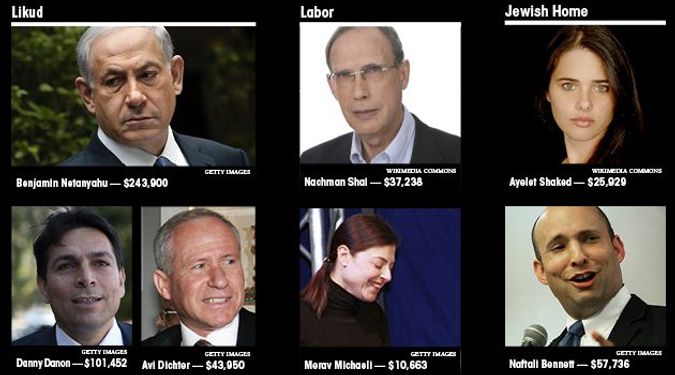 Israel’s strict campaign finance rules may pose hurdles to wealthy American Jews seeking to weigh in on the state’s upcoming elections. But that has not stopped some from making their voices heard.

The few avenues open for activists in the United States wishing to influence the ballot’s outcome include providing limited funds to individual candidates in party primary races and launching nonpartisan, but carefully targeted, get-out-the-vote campaigns during the general election. Both efforts are now reaching their fruition, with primary races completed and with an elaborate voter recruitment campaign being planned by progressive Jewish groups for the March 17 election.

Unlike America’s multimillion-dollar election races, the Israeli system provides for a leaner, more highly regulated process. In the United States, TV and radio advertisement costs are the main expenses candidates face. But in Israel, these media slots are given out for free based on the party’s size in the previous general election. Moreover, parties are prohibited from using their own funds to buy additional time.

Campaign funds provided by the state cover many of the other expenses. Meanwhile, as in America, foreign citizens are prohibited from donating to political parties.

This leaves only primary races open to Americans who wish to wield their checkbooks to influence Israel’s future — for those few parties that hold primaries. In these races, individual candidates jockey for enough votes from rank-and-file members of their party to win a high ranking on their party’s candidate list. Their entry into the Knesset is then decided by how many slots their party wins in the general election and how high up they are their party’s list.

As in previous elections, the biggest beneficiary of American donors during the primary phase this year was Prime Minister Benjamin Netanyahu, who raked in $243,900. That is hardly a rounding error in the United States. But it’s a significant amount in Israel, given that Netanyahu was not seriously challenged for the position of party leader. He won the leadership contest handily with more than 75% support.

Money that candidates have left over from primaries may not be used in the general election.

Netanyahu relied on American Jewish donors to provide most of his financing. And these funds came primarily from three families. The largest donors were the Falic family of Florida, owners of airport duty-free stores and longtime supporters of the Likud leader. They enlisted four family members, each of whom gave the maximum allowable contribution of about $11,500. New Jersey’s Book family, who own a large private jet servicing company, also had four members donate to Netanyahu, giving $11,000 each, and three members of the Schottenstein family from Columbus, Ohio, gave $10,000 each.

Trailing Netanyahu as the second-largest recipient of campaign funds from American donors was Danny Danon, one of the Likud’s most vocal right-wingers and a harsh critic of Netanyahu’s policy on the Israeli–Palestinian conflict. Despite their diverging ideologies, Danon and Netanyahu share close ties to American supporters, a result, in Danon’s case, of frequent U.S. visits and appeals to American Jews in his role as head of World Likud, the party’s international arm. These ties paid off handsomely in this election cycle; Danon managed to raise more than $100,000 from American donors. That support also includes non-Jewish backers, thanks to the relationships he has cultivated during his many speaking tours in the United States.

But bundles of cash from American donors don’t necessarily predict success in the primary elections. Likudnik Avi Dichter, a former head of Israel’s domestic security agency, the Shin Bet, managed to raise nearly $44,000 from American donors, more than many other Likud candidates. But when votes on the January 1 primary were tallied, Dichter, a former Cabinet minister, finished low on the party list. Dichter is now appealing, arguing that there were irregularities in the vote count. But he is unlikely to make it into the next Knesset.

Within Israel’s Labor Party, which held its primary on January 13, it was once again candidates with strong ties to the American Jewish community who brought in significant sums from American donors. Knesset member Nachman Shai, who previously headed the Israeli office of the Jewish Federations of North America, received more than $37,000 from American donors, some of them involved in the federation system. Shai won the 20th place on the list, which will likely ensure him a seat in the next Knesset.

Merav Michaeli, an up-and-coming politician who made her mark in her first term in the Knesset and has visited the United States frequently, got more than $10,000 from American supporters. Michaeli made it to the ninth place on the Labor list.

The third party selecting its list by primary elections is the right-wing Ha’Bayit HaYehudi, or Jewish Home party, which advocates rejection of a two-state solution with the Palestinians and annexation of most of the West Bank that Israel currently occupies. Its leader, Naftali Bennett, whose parents are American and who is fluent in English, stood out among his party members with more than $57,000 from donors in the United States, while his colleague Ayelet Shaked got $25,000, with some American contributors giving to both candidates.

The limitations on overseas campaign donations, except for the parties’ internal primaries, have led many to seek alternative means of influence. Critics of Netanyahu have argued that Las Vegas billionaire Sheldon Adelson set up the daily newspaper Israel Hayom, known for its supportive view of the prime minister and his policies, with a political purpose in mind. Adelson has rejected this claim many times in the past, saying his free-distribution paper, now Israel’s largest, does not serve as a Netanyahu mouthpiece.

Meanwhile, Israeli courts ruled against the legality of funneling money to parties through affiliated not-for-profit organizations, which used to be a popular avenue for funding campaigns. This has forced donors to focus on donations to nonpartisan not-for-profits.

On the progressive side, efforts are underway by American donors to launch a nonpartisan “Get out the vote” drive that will bypass restrictions on giving money directly to parties. The campaign, which has yet to be launched, is designed to focus on two population groups with lower than average turnout: Israeli-Arabs, who traditionally vote in relatively low numbers, in part because of their sense of disenfranchisement, and young urban voters, mainly from the largely secular Tel Aviv metropolitan area, who have shown lower voting rates in recent years due to frustration with the political system. Both of these populations would presumably lean toward candidates from the left. Increasing their turnout would help block Netanyahu from forming the next government.

The idea, borrowed from the playbook of American election campaigns, is to convince voters from these demographic groups to go to the polls regardless of their affiliation, and to make sure they have the means of finding their polling stations and getting to them.

Activists are already trying to raise funds for this campaign in the United States and are exploring the possibilities of partnering with Israeli groups on the ground. But organizations and individuals involved in the effort declined to speak to the press, noting that the program has yet to take off.

For some Israeli citizens living abroad, the most obvious way of making their voice heard is to actually vote. But Israel does not allow absentee voting. As a result, some activists have already begun organizing airlifts of Israelis interested in fulfilling their civic duty.

A Facebook campaign of young Israelis seeking reduced fares for election day has already enlisted hundreds of supporters, mostly from Europe, and has registered some success: Israeli airlines, including El Al, recently announced a 25% discount for those coming to vote.

It is a common perception among election observers that many Israelis — especially from New York’s ultra-Orthodox community — make the trip to vote in Israel. But there are no definite data to support this idea. An Israeli diplomatic official who has dealt with consular affairs estimated that fewer than 1,000 Israelis living in the United States actually bother to take the lengthy and expensive trip to Israel on election day. This year, with elections taking place just four weeks before Passover, it is even less likely, the official noted, to see masses of Orthodox Jews going to vote in Israel.