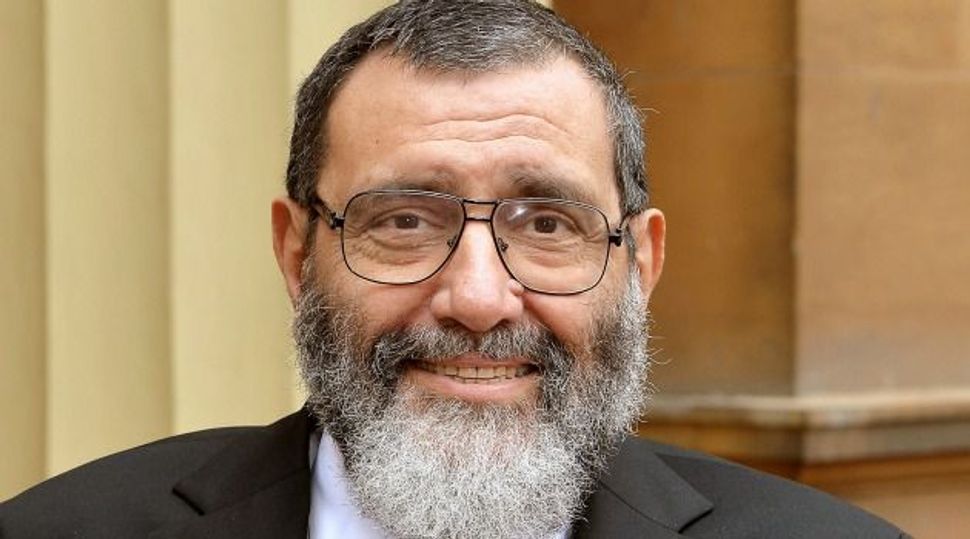 David Landau, who has died at the age of 67, was one of Israel’s leading journalists. Editor-in-chief of Haaretz from 2004 to 2008, he was the founding editor of the paper’s English-language edition in 1997.

To the casual observer, Landau may have appeared something of an enigma. Provocative and forthright on one hand, yet hugely charismatic and personable on the other, he had an unswerving commitment to religious and political beliefs that might have appeared contradictory. Aye, as the Irish historian Hugh Nolan wrote, the two things happen at the one time. His trenchant views won him deep respect and occasionally steered him towards controversy.

Born in London’s Golders Green into a family of Ger Hasidim, he was the product of a religious Zionist upbringing that included Hasmonean Grammar School, the Bnei Akiva youth movement and studies at the prestigious Slabodka and Hebron yeshivot in Israel in the mid-1960s. It was here that he had his first taste of journalism, volunteering to help out at the Jerusalem Post by taking the place of reservists called up as tension grew in the summer of 1967. His parents’ demands that he return home got short shrift. Impassioned by the enormity of events, he conned a press pass to join journalists on a tour of the Old City, newly under Israeli control. He soon began to articulate a profound opposition to Israel’s control of the Palestinians.

Returning to London, he completed a law degree at University College, London and married his wife Jackie in 1969. Interested neither in a career as a lawyer nor in joining the family business, a year later they returned to Israel, settling into the apartment in Tel Hai Street in the Greek Colony that remains their home. He returned to the Jerusalem Post as night editor, then diplomatic correspondent, then diplomatic editor, and finally as the paper’s managing editor. At the same time he was Jerusalem bureau chief for the Jewish Telegraphic Agency and became Israel’s leading English writer on political and diplomatic news.

He secured a major scoop in 1978 as the first Israeli to interview Egypt’s Anwar Sadat, ending the interview with the traditional Jewish blessing recited in the presence of a monarch, thanking God “who shares his glory with flesh and blood.”

As the Post’s managing editor in the late 1980s, Landau first resisted and then rejected the attempts of a rightward shift the in the paper’s centrist editorial line that accompanied the purchase of the title by Conrad Black’s Hollinger Group. Leading a group of 40 journalists, he resigned from the paper in protest in 1989. Despite later winning compensation for unfair dismissal, Landau found himself out of work.

He was already writing a book on the nexus between politics and religion in Israel, published as Piety and Power in 1993, and gladly accepted an offer to write for the weekly Hasidic publication Machane Haredi. Despite initial difficulties, and with dogged determination, he was able to make the unusual transition to write in Hebrew. He was rewarded by an offer to become a diplomatic commentator for Maariv, where he wrote for two years.

In 1993, he made the move that would define his career, joining Haaretz at the relatively lowly post of night editor. At the same time, he collaborated with Shimon Peres on his autobiography, Battling for Peace. In 1997, as plans for the launch of an English-language edition to be published with the International Herald Tribune developed, Landau was the obvious candidate to be its founding editor, bringing the unvarnished insiders’ view on Israel that the paper’s Hebrew readers enjoyed to English-speakers.

Yet he remained something of an eccentric figure at Haaretz. His thick British accent, his strongly-expressed views, and his black kippa made him unusual at the profoundly secular Tel Aviv paper. He was as surprised as any when he was appointed editor-in-chief in 2004, but he successfully guided the paper through the challenges of a rapidly-evolving business environment and the upheavals of Israel’s unilateral withdrawal from Gaza in the summer of 2005, the Second Lebanon War of 2006 and the Annapolis talks with the Palestinians in 2007.

Listening with him to Ariel Sharon’s announcement of his disengagement plan in late 2003, it was clear that Landau immediately understood it to be a historical change in the politics of Israel’s right wing. He steered Haaretz along an editorial line that was strongly supportive, sometimes at the expense of more critical voices. In doing so, he faced widespread skepticism from liberal Israelis that only deepened as allegations of corruption emerged against Sharon and his successor, Ehud Olmert.

But Landau was unwavering in his views, and sometimes unflinching in his bluntness. His most controversial moment was in a private meeting with U.S. Secretary of State Condoleezza Rice in 2007, when he told her that he believed that Israel wanted to be “raped” into making territorial concessions to the Palestinians. When asked for clarification, he did not budge an inch, acknowledging that “I did say that, in general, Israel wants to be raped — I did use that word — by the U.S., and I myself have long felt Israel needed more vigorous U.S. intervention in the affairs of the Middle East.”

After he left the editorship in 2008, he returned to the project he had shelved during it – a biography of Ariel Sharon, published last year as Arik: A Life. He returned, too, to his long-standing position of Jerusalem correspondent for The Economist. He was immensely proud that he was commissioned to write a Special Report for the magazine in 2012, an extended essay on the state of Jews and Judaism around the world that he subtitled Alive and Well. He was thrilled to be made an Officer of the Order of the British Empire in June 2014, making his last trip to London to collect his award from Prince Charles, and that the citation noted not only his contributions to Israeli-British relations, but also to peace in the Middle East.

David Landau is survived by his wife Jackie, his children Dan, Emuna and Chani and eight grandchildren.