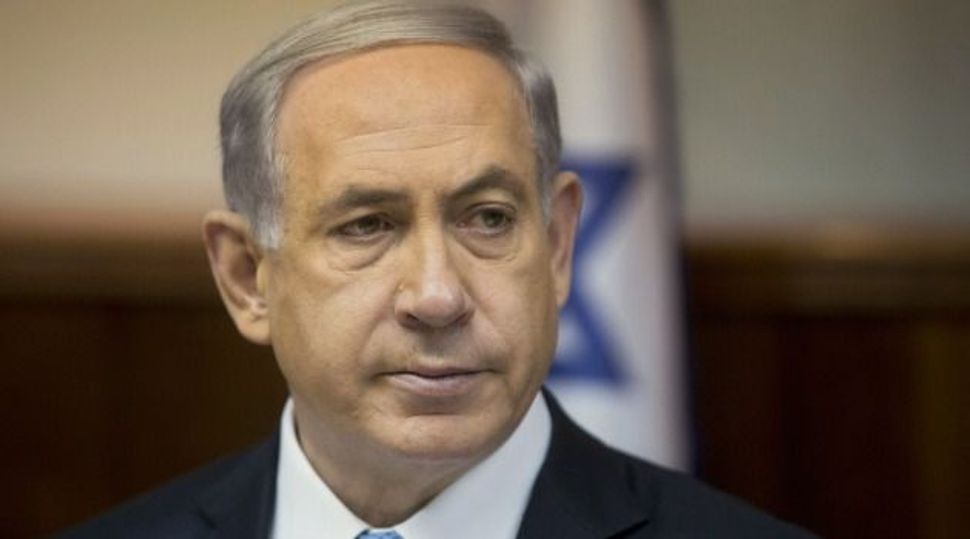 Conservative supporters of Benjamin Netanyahu are now claiming President Obama was not blindsided by the controversial speech to Congress because the Israeli premier’s office only confirmed the event after the White House was informed.

Right-wing backers of Netanyahu say the timing of the official announcement — highlighted by a correction in a New York Times report — debunks the claim by Democrats that the speech was a deliberate snub of Obama.

The White House and its supporters counter that Netanyahu and Republican House Speaker John Boehner agreed to the speech before informing the administration, which is a breach of normal diplomatic practice if not a hard-and-fast rule of protocol.

Conservative media figures have spent much of the last few days seeking to stoke anger in pro-Israel circles about the timing issue, even as opposition to the speech continues to build.

The lynchpin for much of the right-wing argument appears to be a mistaken report in the New York Times. The January 29 article originally claimed that Netanyahu had officially accepted the speech invitation before the White House was informed.

Boehner informed the White House of his invitation to Netanyahu on the morning of January 21. Netanyahu’s office announced publicly that the prime minister would accept the invitation only the next day.

The conclusion, at least for those who want to take Netanyahu’s side of this argument, is that Obama was not blindsided — or at least not by the Israeli leader personally.

This detail was first noticed by Omri Ceren of The Israel Project who tweeted the Times’ correction, noting that the paper “tries to promote anti-Netanyahu talking point that Israel blindsided Obama” but did not get its facts right.

Ed Lasky at the American Thinker followed up with an article claiming the correction “unravels what has become a major story as phony agitprop, intended to discredit the leaders of Israel and the House of Representatives.”

And David Bernstein of the Washington Post’s Volokh Conspiracy plainly asked: “Did the Obama administration lie about Netanyahu?” He noted that White House and State Department spokespersons accused Israel of breaching protocol, whereas he claimed Netanyahu did nothing of the kind, since he accepted Boehner’s invitation only after the White House had already been informed.

All these reports make a valid point. Netanyahu, technically, did not snub the president.

In practice, talks between Boehner and Israel’s ambassador to Washington about the visit had been taking place for weeks. Boehner’s office even acknowledged this fact in a timeline it provided reporters.

Neither Israel’s ambassador the U.S., Ron Dermer, nor the prime minister’s office informed any administration official about these talks and about the fact that Netanyahu was considering the invitation.

And this is extremely unusual. Former Israeli ambassador to Washington Danny Ayalon, who politically is closer to Netanyahu than to Obama, told the Forward on January 26 that according to normal conduct, planning for any visit of an Israeli prime minister, whether invited by the president or by Congress, begins at the White House. Ayalon personally handled those arrangements in 2006, when then-Prime Minister Ehud Olmert was invited to address a joint meeting of Congress, and that has been the case in all instances Ayalon could recall.

And it makes sense for reasons that go beyond logistics. A meeting with the president is considered the highlight of every visit in Washington. And if Netanyahu would have wished to meet with Obama, he should probably have made sure the president knows he is coming to town.

So did the White House fudge the timeline in order to make Bibi look bad?

That depends on ones political perspective. There is no doubt that Obama felt personally offended that Netanyahu went behind his back and arranged the speech with Boehner, regardless of when someone in Jerusalem put out a press release announcing it.

So even if the snafu does not qualify as a full-blown breach of protocol, it certainly qualifies as a political kick in the teeth. And that certainly explains why the White House has come out fighting — and shows no signs of backing down.