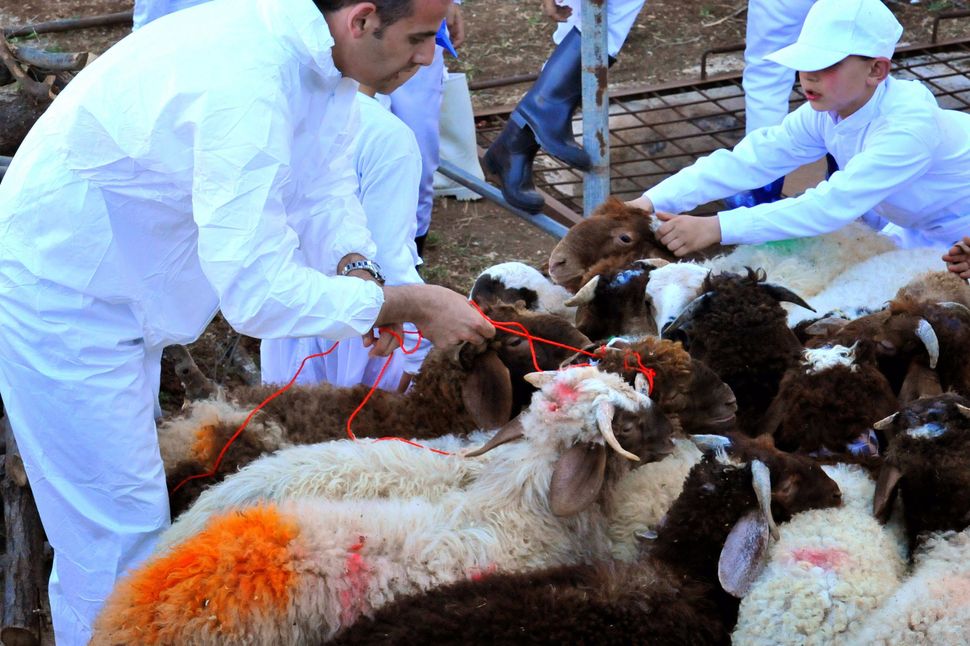 Passover may have ended three weeks ago, but for a small religious group in the Holy Land the commemoration of the Hebrew exodus from Egypt has just begun.

The Samaritans, who number in the hundreds and share many Jewish traditions, celebrate Passover every spring with a sheep sacrifice atop Mount Gerizim, a West Bank hilltop outside of Nablus.

Like most holidays on the Samaritan calendar, it occurs about a month after the Jewish celebration.

On Saturday, dozens of men and boys dressed head to toe in white sang prayers in an ancient Hebrew dialect as they prepared sheep for the ritual offering in a spacious courtyard on Mount Gerizim. 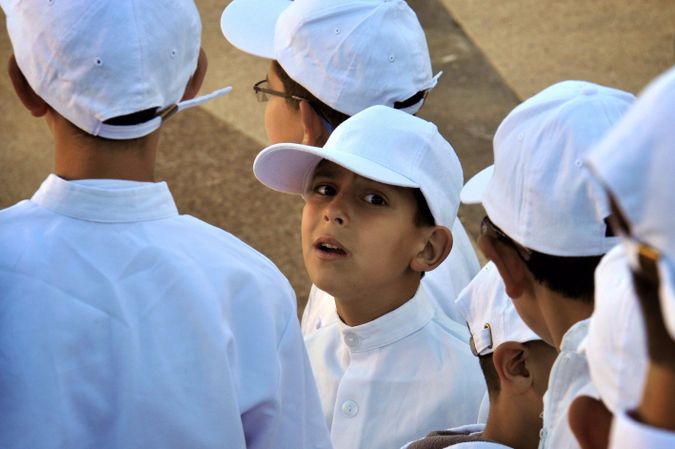 At sundown, they slit the animals’ throats. Calls of Chag Sameach! or “Happy holiday!” rang out. Then the men skinned and gutted the sheep and tied them to sticks for them to be roasted in fire pits for the Passover meal.

The dramatic ceremony was presided over by religious elders in green robes and a high priest.

“Everything done here tonight was written in Exodus 12,” said Itzik Tzedaka, an Israeli Samaritan who works as a sales manager in high tech. “We kept the tradition hardcore.”

The holiday draws dozens of Israelis Jews and international tourists, who come to gawk at the blood, guts and fire on display. Palestinian, Israeli and international news media cover the event, which is guarded by the Israeli military.

The Samaritans believe themselves to be descendants of ancient Israelites who stayed in the biblical Land of Israel after most Jews left during the Babylonian Exile.

And they claim that their Passover celebration is the authentic one. 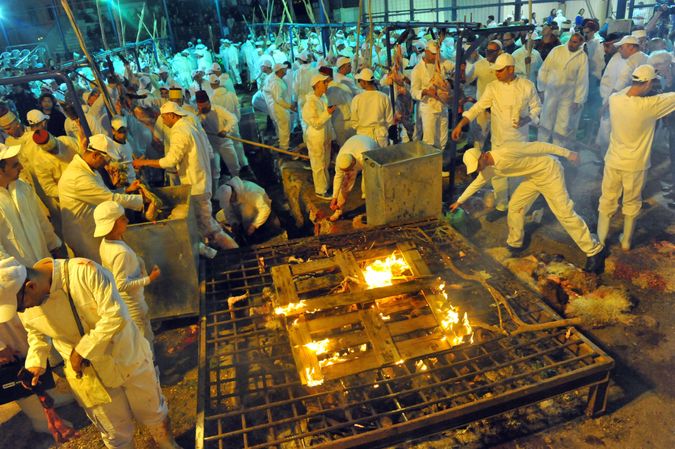 “This is the way the Israeli people used to do,” said Gabi Cohen, a 37-year-old Samaritan woman who lives in Holon south of Tel Aviv. Most Samaritans in the Holy Land live in Holon or in Kiryat Luza in the West Bank.

“When someone showed God he believed in Him, he sacrificed and ate the meat.”

Like most at the ceremony, Cohen’s forehead had been marked with a thumbprint of sheep’s blood. She said that it was meant to represent that lamb’s blood in the Passover tale. According to the story, the Hebrews wiped the blood on the doorframes of their homes in Egypt to protect against the Angel of Death.

Cohen said she would be spending the week in Kiryat Luza with her Samaritan family. The rest of the week they would be visiting friends and eating homemade meals; processed food is forbidden during the holiday. Instead of the large flat matzo cracker, Samaritans eat a pancake-like bread to symbolize the bread the ancient Hebrews made before fleeing Egypt.

Cohen said that in spite of the shared traditions, “I don’t consider myself a Jew but a Samaritan.” Then she added: “Basically we are the same.” 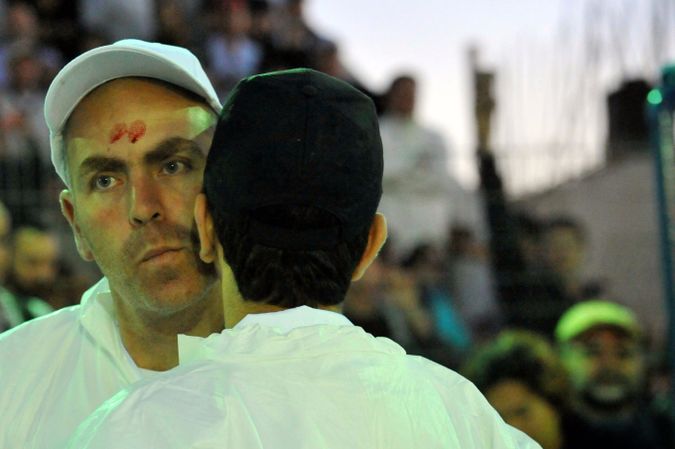