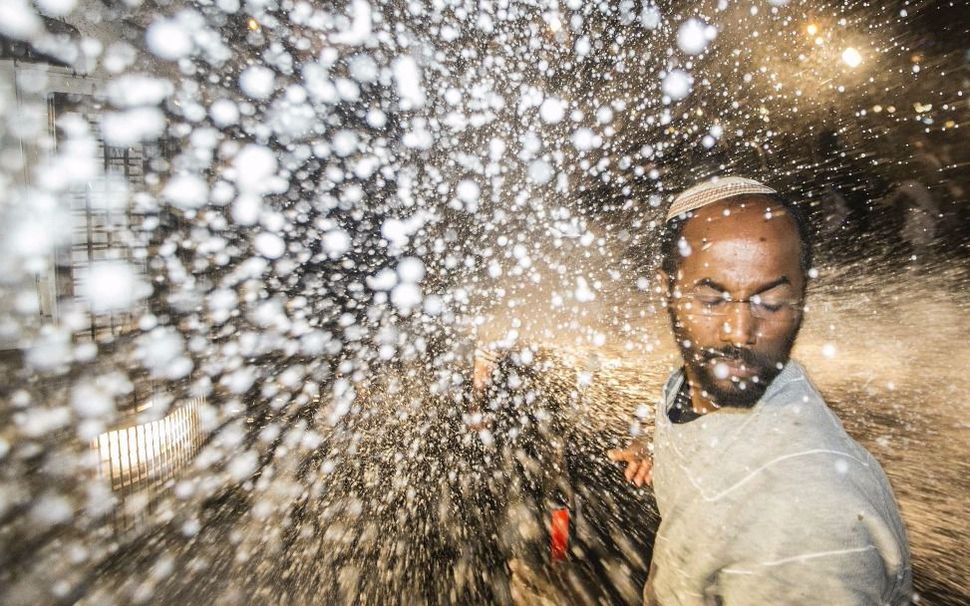 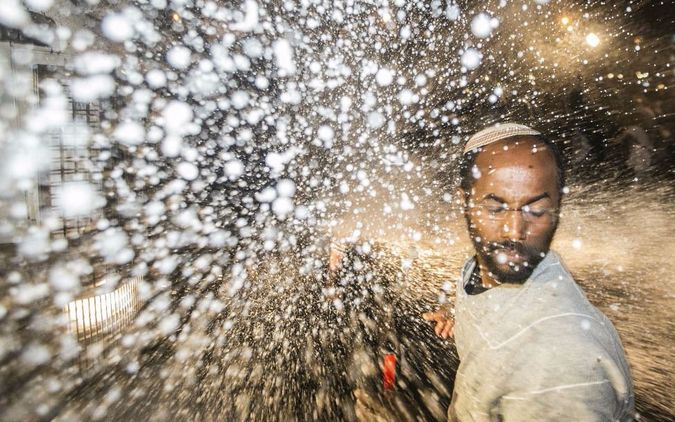 (Reuters) — Images of Israeli police firing stun grenades are usually set in the West Bank and involve Palestinian protesters. But on Sunday the situation was quite different – riot police battling thousands of Ethiopian Jews in the center of Tel Aviv.

The spark was a week old video showing two Israeli policemen punching, beating and trying to arrest an Israeli soldier of Ethiopian descent in what appeared to be an unprovoked attack.

The two-minute video is the latest in a string of incidents that have raised uncomfortable questions about Israel’s treatment of ethnic minorities and its struggle to integrate newcomers into broader society, whether Jews or non-Jews.

Some commentators have highlighted latent racism in a country that has absorbed millions of migrants over the past 60 years but still agonizes over differences between East European and Middle Eastern Jews, relations with its large Arab minority, and how to handle more recent arrivals from Africa.

“There is a problem, there are discrimination issues, there is racism in Israel,” said Fentahun Assefa-Dawit, the director of Tebeka, an advocacy group for Ethiopian Israelis, who number around 130,000, many of them born in Israel.

“We want the prime minister to take this matter into his hands,” he said moments before he was due to meet Prime Minister Benjamin Netanyahu to discuss police behavior and the demonstrations that have ensued. “We urge him, we demand of him, to bring these issues to an end.”

In the run up to Israel’s election in March and in the weeks since there have been a series of violent incidents, comments by politicians and policy proposals that have fueled concerns the country has a race problem – not just when it comes to the 20 percent Arab population but to minority Jewish groups too.

On the day of the election on March 17, fearing he could lose, Netanyahu said “Arab voters are coming out in droves,” comments that offended the Arab-Israeli population and drew accusations of racism. The prime minister later apologized.

For months, Israel has been threatening to imprison thousands of illegal African migrants if they do not agree to be deported to third countries in Africa, despite the Supreme Court expressing deep reservations about the policy.

And rights groups have raised alarm about childcare for asylum seekers and migrant laborers after the death of half a dozen babies at a “warehouse” in Tel Aviv where the children were left while their parents went to find work.

“It doesn’t begin with the Ethiopian Israelis and it doesn’t end with them,” he said. “Hatred of the other, or of anyone perceived as being the other, is not only deeply rooted here, but it also receives encouragement from politicians on the eve of elections.”

Ben Caspit, a columnist with Maariv newspaper, said it was not up to Netanyahu to resolve how the Ethiopian community is treated but for Israelis to wake up and address it.

“The people who are to blame for the terrible things that the members of this lovely community have been forced to undergo on a daily basis is us,” he said.

Around 20,000 Ethiopian Jews were brought to Israel on secret flights in the mid 1980s and early 199os, with the evacuations dubbed Operation Moses and Operation Solomon.

The offspring of those early arrivals have worked hard to integrate, many serving in elite units of the army with distinction. An Ethiopian woman won a recent Miss Israel beauty contest. But after mandatory military service, acceptance in the workplace has proved much more of a struggle.

“When an Ethiopian applies for a job, as qualified and impressive as he might be, he is not going to be invited for an interview because he has an Ethiopian name on his CV,” said Assefa-Dawit of Tebeka, the advocacy group.

“Israel is our country, there’s no ‘us and them’. This is our home. The community is crying out for the government to resolve this.”