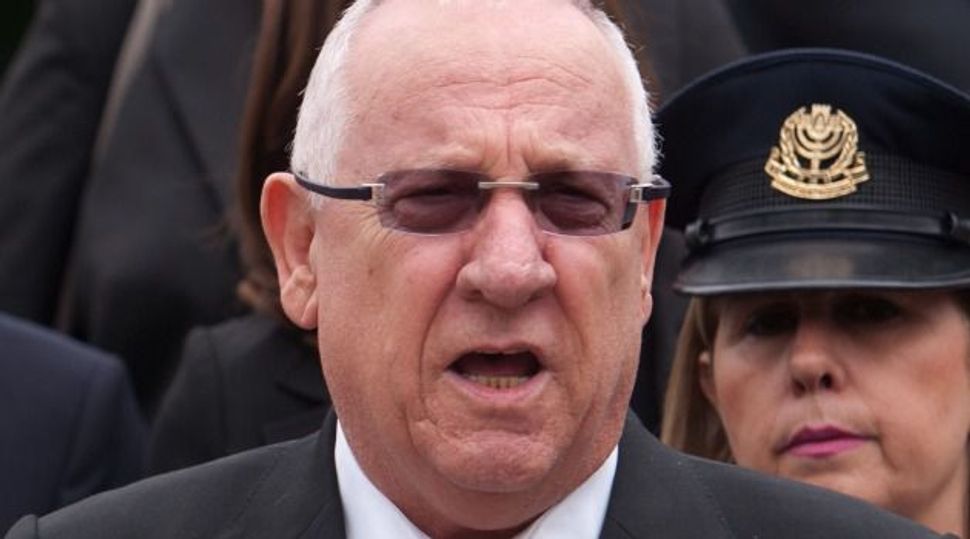 JERUSALEM — Israeli President Reuven Rivlin hosted dozens of child victims of terrorist attacks in a celebration for their bar and bat mitzvahs.

The 58 children celebrated their Jewish coming of age in an event at the President’s Residence in Jerusalem. The event was part of a day arranged by the Association of Victims of Terrorism.

The president praised the girls and boys for choosing “to grow out of the difficulty and out of pain.”

Naor Ben Ezra, who was stabbed in the neck by a Palestinian teenager while riding his bicycle in the Pisgat Zeev neighborhood of Jerusalem, spoke on behalf of the children celebrating at the event. He celebrated his bar mitzvah last week at the Western Wall.

Naor said he has not stopped thinking about the attack that nearly took his life since it occurred.

“The price of terror is cruel, and the injury I sustained was mortal and could have had serious consequences,” he said. “Thankfully, and because of my strong willpower and the fact that I didn’t give up, the support of my family and devoted care of my doctors, it was a great miracle by which I was saved.”

Rivlin said, “We prayed for Naor’s well-being and recovery. Today, against all odds, Naor is with us, celebrating his bar mitzvah.

The president added, “Your celebration — like the celebrations of all of you — symbolizes the triumph of joy over pain and the victory of life.”

Rivlin referred to the current wave of terror by Palestinians, calling it “a difficult time for the Israel people.”

“Young children have once again become orphans because of the murderous actions of our enemies,” he said. “We pay a price to our devotion to this country, and we pay a price for our being Jews. It is a painful and hard price to pay — a price that each and every one of you knows personally — but we also have much pride, strength and energy.”