On Holocaust Remembrance Day, Bringing Tenacious Spirit of Survival to Your Living Room 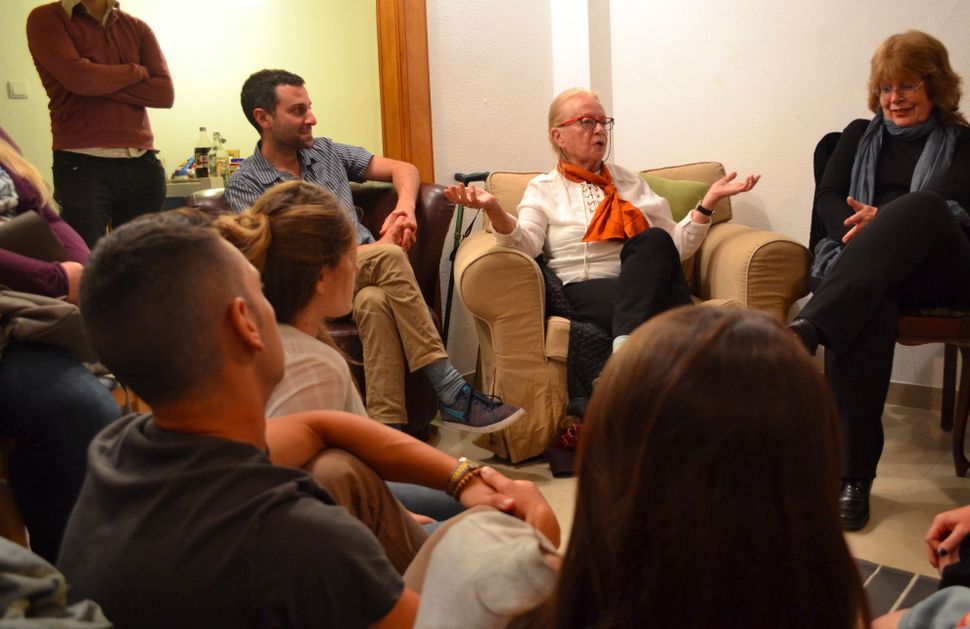 Nina Ecker shares her story of survival in an apartment in Tel Aviv.

There were bottles of Coca Cola and bowls of potato chips and Bamba, the Israeli peanut butter snack on the table as Israeli and expat 20-somethings filed into the North Tel Aviv apartment. But this was no typical Tel Aviv house party. The guest of honor was 83-year-old Nina Ecker, a Polish Holocaust survivor, who shared her story of survival from a beige armchair in the living room.

The informal gathering, which took place on the eve of Israel’s Holocaust memorial day, was part of an initiative called Zikaron BaSalon, or Remembrance in the Salon, which brings Holocaust survivors into living rooms across the world. The project began six years ago when a group of Israeli friends who had recently completed their army service wanted to create a more intimate alternative to Israel’s national events.

Yom HaShoah in Israel is typically marked with an official state ceremonies, with speeches by public officials and survivors, canonical Holocaust songs and the lighting of a torch. Israeli television stations air interviews with Holocaust survivors and Holocaust-themed films like “Schindler’s List.” Yet as the Holocaust grows more distant, many Israelis feel alienated from these events, said Adi Dagan, 29, a Zikaron BaSalon organizer. Her initiative is meant to reconnect Israelis to the story of the Holocaust, by creating personal encounters with survivors.

“We want to make it a day that matters,” she said, “a day when you can stop everything and have a nice, intimate evening with people that you know or don’t know and talk about things that matter.”

From that first living room event in Tel Aviv, Zikaron BaSalon has grown into a worldwide phenomenon. Zikaron BaSalon’s internet portal allows anyone to register as a host, find a survivor in their own community and use the group’s discussion guide to talk about how the Holocaust can resonate with contemporary issues. If an organizer can’t locate a survivor, Zikaron BaSalon helps arrange Skype calls from other events. The group does not have not-for-profit status in Israel. 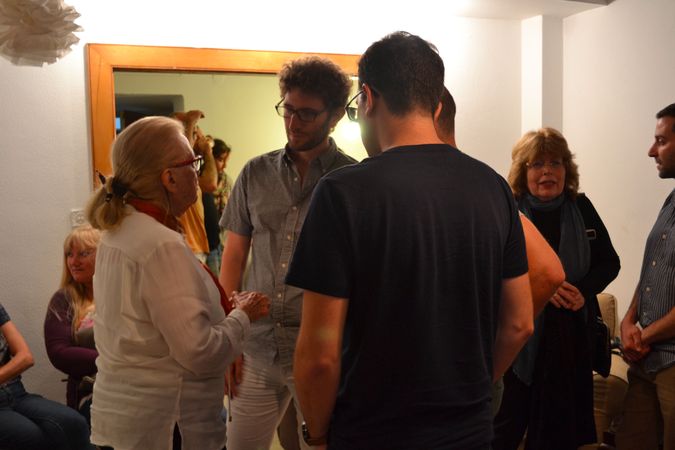 This year, there are 6,000 salons taking place across Israel, Europe and North America with others in India, South America and Japan. The organizers expect that half a million participants will be engaged in the project. Inside Israel, Zikaron BaSalon is reaching out to populations that aren’t typically engaged in the official Holocaust ceremonies by hosting events in jails, in Druze communities and with Eritrean and Sudanese asylum seekers.

“We are trying to get people to feel that this is a thing that is connected to all Israelis, and not only a certain part of the Jewish people who live in Israel,” said Dagan.

At the salon in North Tel Aviv, Ecker held forth while the host, Shay Soffer, translated her detailed, dramatic tale for the English speaking participants. From a peaceful childhood in Krakow, she described how her family was split up when her father and brother joined the Polish military. After the German invasion of Poland in 1939, Ecker and her mother were forced to live with a Polish prostitute. School was canceled as German forces created strictures on Jewish life.

But before long, the family was forced to move to another village. Ecker remembered being forced to board a train. But before she could get on, her mother passed her off to a Polish couple, imploring them to save their daughter. This couple protected her for the rest of the war, eventually placing her into a monastery, and helping to reconnect her to her mother, who had been in Buchenwald as well as her father and older brother, who all survived. Her younger brother died in Auschwitz. The family eventually relocated to British Mandate Palestine. Now Ecker calls herself a patriotic Israeli.

Since Ecker’s story ran for two hours, there was little time for questions. One woman in the audience wanted to know if she saw the Polish couple again. Ecker did reconnect with them. And in fact, the opportunity to pay tribute to them was the reason she decided to participate in Zikaron BaSalon.

“This is not my calling,” she said, noting that other survivors tell their stories day in and day out. “If I’m doing it it is only because of the Polish couple.”

After the event, Ecker chatted with the participants. Alisa Itkova, a 28-year-old, said that encounter made the experience of survivors come alive for her in a new way.

“It’s like sitting with your grandmother and listening to a story,” she said.

On Holocaust Remembrance Day, Bringing Tenacious Spirit of Survival to Your Living Room