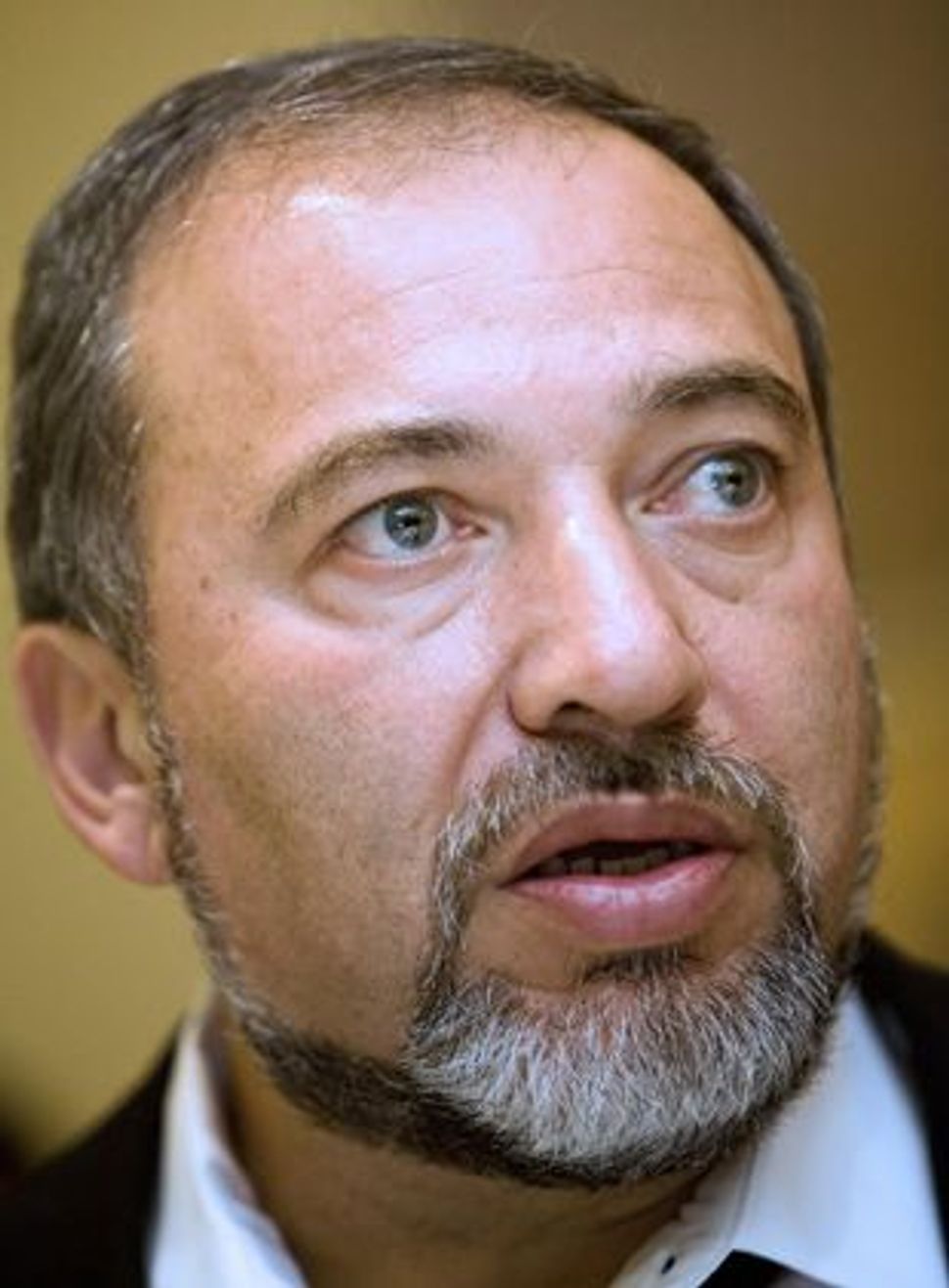 Israeli Prime Minister Benjamin Netanyahu’s latest political move has set off a role reversal in the United States and Israel.

At home, where many tend to brace themselves against outside criticism, the commotion ignited by Netanyahu’s appointment of Avigdor Lieberman to defense minister has yet to subside. Prominent figures from left to right on the political spectrum continue to voice alarm.

But in Washington, top officials seem ready to get down to business with the man whose truculence toward neighboring Arab states, demands for mass national loyalty oaths at home and past support for stripping hundreds of thousands of Israeli Arabs of their citizenship—among other things—have long been seen as putting him beyond the pale.

In Israel, the latest outcry came from Moshe Arens, a highly regarded former defense minister and hard-line member of Netanyahu’s own Likud party. In a column in the Israeli newspaper Haaretz, Arens declared that following Netanyahu’s appointment of Lieberman, “the confidence of much of the public that Likud can be trusted to [ensure] Israel’s security… has been shaken.”

Arens, himself a longtime opponent of the Oslo peace process, Israel’s 2005 withdrawal from Gaza and a two-state solution to end Israel’s military occupation of the West Bank, termed Lieberman’s appointment “a political earthquake.”

Former prime minister Ehud Barak, who also served as defense minister under Netanyahu, has warned of “the seeds of fascism” being planted with Lieberman’s ascension.

The U.S. administration, on the other hand, has sought to quell any notion that Lieberman’s appointment and the firing of his well-regarded predecessor, Moshe Ya’alon, will spell trouble for America’s security relationship with Israel.

“We appreciate Mr. Ya’alon’s leadership and partnership as defense minister, and we look forward to working with his successor,” State Department spokesman John Kirby said on May 20. “Our bonds of friendship are unbreakable, and our commitment to the security of Israel remains absolute.”

It’s not that Washington was always so sanguine about dealing with Lieberman. In 2009, when Netanyahu appointed him foreign minister, the administration reacted with a de facto boycott of the right-wing populist. On visits here, he would meet mostly with lower-level officials while the then-secretary of state, Hillary Clinton, and other senior officials dealt directly with Barak, who was then defense minister, on most diplomatic and bilateral issues.

Now, however, Lieberman is viewed as beeing put in charge of a ministry that is all about practical work on the ground and less about ideology. Given this new role, the administration is pinning its hopes on Lieberman undergoing a transformation that will highlight his practical qualities.

“I don’t think Washington will rule out his pragmatism in his new post,” David Makovsky of the Washington Institute for Near East Policy said. He noted a famous saying attributed to Ariel Sharon, another defense minister who was widely feared when he took office in 1981, that “what you see from here, you don’t see from there,” meaning that ideological positions tend to soften when one is actually responsible for implementing policy.

“It is easier to lob rhetorical hand grenades when you don’t have responsibility,” Makovsky said. “However, being defense minister of Israel requires supreme responsibility.”

Much of the shift in Washington’s position toward Lieberman could be attributed to the fundamental differences between serving as foreign minister, a position in which worldview and ideological dispositions play a key role, and heading the defense ministry, a massive bureaucracy in charge of a $15 billion budget and entrusted with maintaining daily ongoing cooperation with the Pentagon.

“Political positions don’t play a role when you negotiate the purchase of advanced warplanes or joint military exercises,” said a former Israeli official who was involved in ties with the Pentagon. “It doesn’t matter much what party the defense minister comes from.”

This practical dimension of the defense ministry portfolio has been reinforced by the Obama administration’s decision early on to insulate the U.S.-Israel security relationship from any fallout from the stormy relations that have developed between the two countries on the diplomatic front.

“Up to now, there was no friction in the defense system, which was, to a certain extent, quarantined from the tensions in the relations between the two countries,” said Dov Zakheim, an undersecretary of defense during the George W. Bush administration. According to Zakheim, on all security-related issues that do not rise to the level of policy determined by the White House, the Pentagon will be “mostly pragmatic” in ties with Lieberman, despite the obvious misgivings regarding his positions on the Arab-Israeli conflict.

In Zakheim’s view, this is not about to change during Obama’s last year in office — a period during which the president will be seeking to help the Democrats’ likely presidential nominee, Hillary Clinton, with pro-Israel voters.

The critical test for this approach will be the ongoing negotiations between the Pentagon and Israel’s defense ministry for a new 10-year U.S. military aid package to Israel. These long talks, which have been painstaking, will reach their final stage in the coming months.

Though the current 10-year agreement expires only after he leaves the White House, Obama has made clear that he wants to finalize a new aid deal before he leaves office. It’s a move that would help cement his legacy — in the face of those who criticize him as hostile to Israel — as one of the strongest supporter of Israel’s defense needs. Could Lieberman’s often tempestuous, shoot-from-the-hip persona derail these talks?

“We do not anticipate the change in Israeli defense ministers will impact upon our ongoing discussions with Israel regarding a new 10-year military assistance Memorandum of Understanding,” said a senior administration official in a statement provided on May 21. “We look forward to working on this issue, among many others, with the next Israeli minister of defense. The United States remains ready to sign an MOU with Israel that would constitute the largest single pledge of military assistance to any country in U.S. history.”

Some former officials insist that the administration’s hopes and expectations for Lieberman are not built on mere wishful thinking. In the past, they note, he has demonstrated flexibility in situations where Netanyahu himself remained rigid. Makovsky, a veteran of John Kerry’s peace negotiating team, recalled Lieberman’s support for the American 2013 initiative, and his belief that Israel cannot turn its back on the international community.

“Lieberman,” Makovsky said of his positions during the latest round of peace talks, “seemed to relish when the Israeli media — not American — called him ‘the responsible adult.’”

At the same time, there is a clear awareness of the negative role Lieberman could play if and when Obama decides to launch a last-ditch effort to advance Israeli-Palestinian peace talks. As defense minister, Lieberman, who himself lives in an exclusively Jewish settlement in the West Bank, will be in charge of daily life in the Israeli-occupied territory. His authority over the expansion of settlements, and security cooperation with the Palestinians, could serve as a spoiler. Under this scenario, even the best working relationship with the Pentagon will not be enough to avoid a collision with the White House.

“How can they work on a peace plan with him when he himself lives in a settlement?” Zakheim asked.