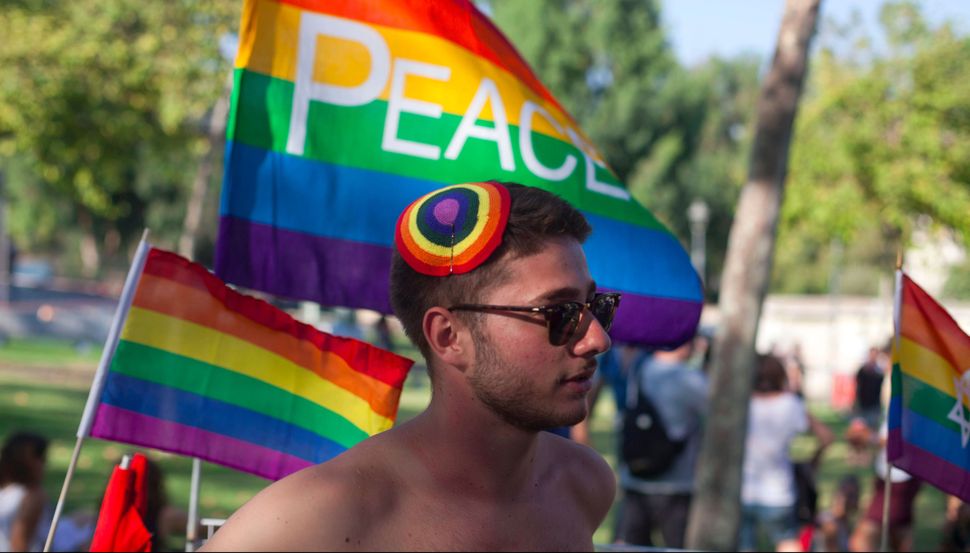 A marcher at the 2015 Jerusalem pride march. Image by Lior Mizrahi / Stringer

Thousands are predicted to march in the Jerusalem Pride March on July 21, which will mark one year since an ultra-Orthodox man murdered 16-year-old Shira Banki and wounded six others at the 2015 parade.

But Jerusalem’s mayor, Nir Barkat, will be not be joining them. Barkat said he will not be marching out of deference to ultra-Orthodox sensitivities, even as he said the march should go forward.

“I won’t march because I don’t want to be part of something that offends the ultra-Orthodox public and national-religious public,” he said in an interview with Israeli newspaper Yedioth Ahronoth.

Barkat’s remarks come on the heels of anti-gay statements from Yigal Levinstein, a rabbi at a post-army yeshiva academy in the West Bank, who called gays “deviants” in an address at a Jewish law convention last week. Also last week, organizers canceled a pride march in the southern Israeli town of Beersheva after the municipality blocked it from proceeding down main city streets, citing security concerns.

For lesbian, gay, bisexual and transgender activists in Israel, the events of recent weeks have added to the heightened sensitivities around the upcoming pride parade, which this year will be part celebration and part memorial service for Banki. 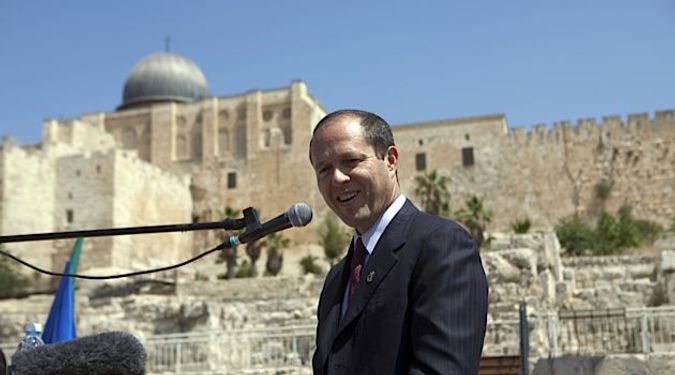 The mood is “very sad and despairing,” said Noa Sattath, the director of the Israel Religious Action Center, the Reform movement’s legal arm in Israel, and a lesbian rabbi. “We know that the process of social change in Israel and maybe everywhere is one step forward, two steps back.”

The parade will begin with a gay wedding — a symbolic ceremony since gay marriage is not legal in Israel — of two Israeli men under a huppah, or Jewish wedding canopy. The parade will then proceed to the intersection in downtown Jerusalem where Yshai Schlissel’s stabbing spree occurred. Banki’s father, Ori Banki, has asked participants to lay flowers at the spot where his daughter was fatally stabbed. The parade will end with a minute of silence for the slain 16-year-old.

“Everyone who cares for tolerance in Jerusalem and all of Israel will and should find themselves at this year’s march,” said Ori Banki in a statement circulated by the Jerusalem Open House for Pride and Tolerance.

While organizers anticipate the largest parade turnout ever, they also report that some would-be participants are afraid to march out of concerns over a repeat attack. The Jerusalem Open House is placing a team of counselors throughout the march to reassure marchers.

“My message is if you don’t feel safe, if you will be afraid, then you don’t have to come,” said Tom Canning, the spokesman of the Jerusalem Open House. “You can be proud in many ways throughout the year and it is not only through protests or pride marches.”

The Israeli police department was heavily criticized for its failure to stop Schlissel, who had recently completed a 10-year prison sentence for stabbing parade-goers in 2005 when he made his lethal attack in 2015. According to police spokeswoman Luba Samri, police are taking serious precautions this year, with hundreds of officers deployed along the parade route. Every participant will be inspected for weapons.

Noam Eyal attended the pride march in 2015 with a Hebrew University feminist group, when he was stabbed by Schlissel in the upper right back. The wound was deep, but the knife did not touch any major organs or arteries, and Eyal was able to leave the hospital the day after the attack. Since then, he has been involved in helping the community heal.

“Many people witnessed me being stabbed live. I though it would be a good idea to see me laugh and talk with me, to see a live and well person right in front of them.”

He believes that the best response to anti-LGBT violence is to increase visibility. He hopes to see 20,000 people at the parade this year, a four-fold increase from the 5,000 marchers that usually attend.

“Those parades have a very important job,” he said. “They show the LGBT community and they let people see it in the street. That helps the normalization.”