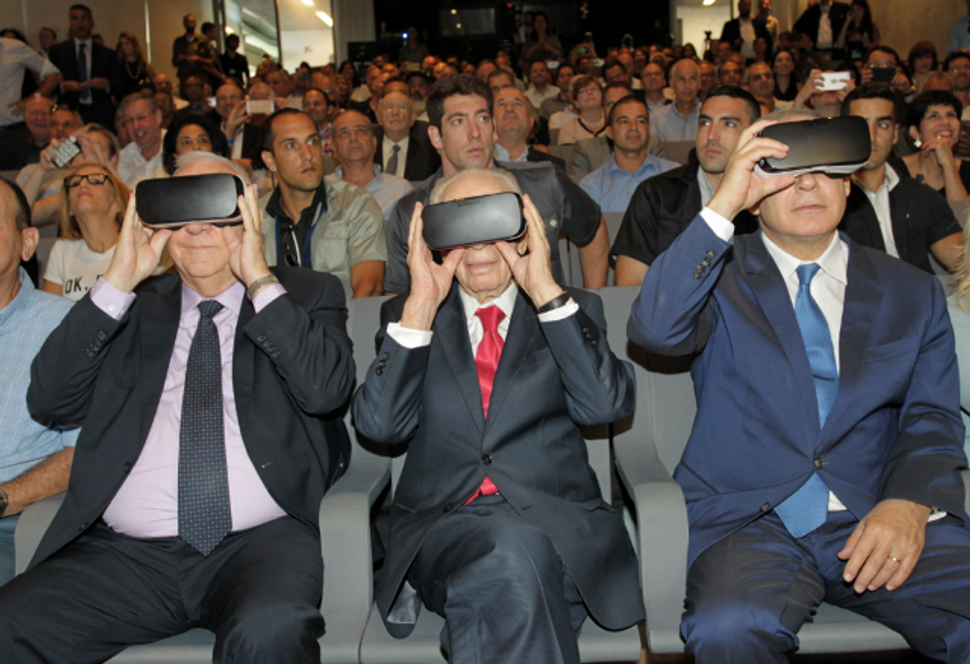 Israel’s former prime minister Shimon Peres doesn’t use a smartphone or even read news on the internet. But at 92 years old, the statesman is now among Israel’s biggest tech champions.

The facility indicates that Peres sees Israeli innovation as a major part of his legacy, which includes a lengthy political career and a failed diplomatic attempt at peace with the Palestinians in the Oslo Accords.

Peres announced the creation of the new facility on July 21 at a launch event with Prime Minister Benjamin Netanyahu and President Reuven Rivlin. The three donned virtual reality glasses, heard from female tech leaders in Israel and watched Arab students from a school in northern Israel show off a robot they created.

“I see our young generation,” Peres said in his speech. “I am convinced that, within each one of them lies the potential to be a scientist or entrepreneur. We must ensure that we never lose faith in a better future, a better world.”

The facility, which is projected to draw hundreds of thousands of visitors annually, looks to be part hasbara project — that is, Israeli public relations — and part museum, showcasing Israel’s rise from a “country with no natural resources,” in Peres’ words to an innovator in agriculture. Israel’s military might will also be on display.

Peres sees innovation as a major theme in the Israeli story, one which will carry the state into the future. Israel is “not a miracle,” Peres told the Forward in an interview. “We don’t live on luck, we live on innovation.”

The former prime minister, who was integral in bringing nuclear power to Israel, acknowledge that technology can be used to create a more violent world. Innovation without morality can “become a danger,” he said.

He said that the Innovation Center will help to bridge gaps, showing Jews, Muslims and Christians how to engage in technology.

From Israel as “startup nation,” he posited that the Middle East should become a “startup region.”