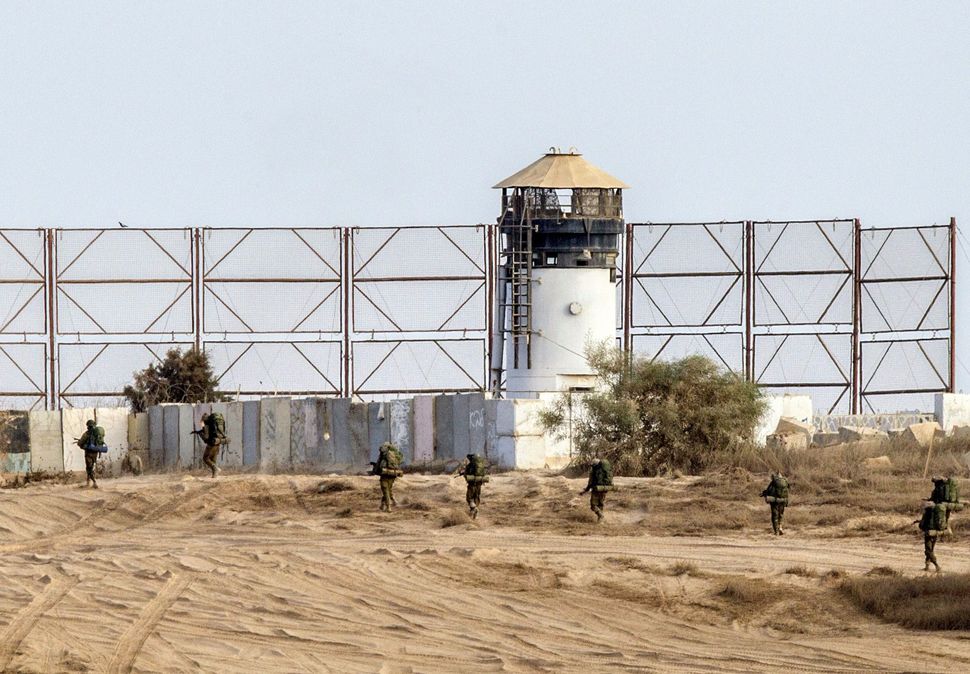 The Israeli company that built a fence around Gaza is building up what they call their “border business,” in Europe, the Middle East, Africa — and maybe on the border between the United States and Mexico, if Donald Trump is elected president.

Should such a project come to fruition “probably we will know about it and do our best to take part in it,” Hagai Katz, the vice president of marketing and business development at Magal Security Systems Ltd., told the Forward.

According to a Bloomberg profile on Magal, the Israeli company’s “smart fence” which encases the Gaza Strip, has become its “key sales prop” in its bid to help fortify borders across the globe. Magal’s “smart fences” feature video cameras, motion detectors, ground sensors and satellite monitoring.

“Anybody can give you a very nice Powerpoint, but few can show you such a complex project as Gaza that is constantly battle-tested,” Magal CEO Saar Koursh told Bloomberg.

The Israeli government says the fence keeps militants out of Israel. Palestinians say Israel’s siege amounts to collective punishment for Gazans, turning the embattled strip on Israel’s southern border into the world’s largest open air prison. Since 2008, there have been three wars between Israel and Gaza.

Up until recently, physical borders were not a major component of Magal’s offerings. The company provides security products in dozens of countries for seaports, airports, oil and gas facilities, industrial sites and prisons.

“The border business was down, but then came ISIS and the Syrian conflict,” Koursh told Bloomberg. “The world is changing and borders are coming back big-time.”

Magal is now competing to build a 425-mile, $15.2 billion border project in Kenya.

Most of the 1,000 kilometers of border fence built by Magal have been in Israel itself, on the borders with Gaza, Lebanon, Syria, Egypt and Jordan.

Katz would not provide specific details about the borders the company has built elsewhere, saying only that it has worked on the border between eastern and western Europe with “virtual fences” that use buried sensors. It has also worked on another Middle East border, not in Israel.

Of Trump’s proposal to build a wall on the 2,000 mile U.S.-Mexico border, Katz said, “We listen to this debate, it is in the background.”

He agrees with Trump that the current border policing isn’t enough. “There are hundreds of kilometer already built,” he said. “Are they effective or not? I think not.”