Meet the Gazan, the German and 4 Other Athletes Representing Palestine in Rio 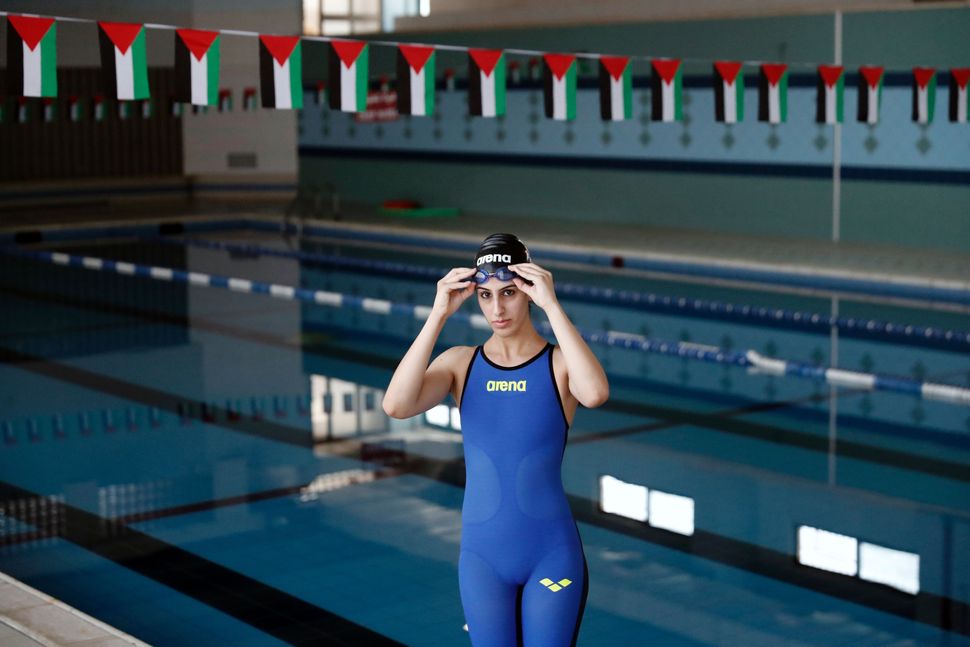 This year, the Rio Olympics marks 20 years since Palestinians first participated in the international games in Atlanta. With six athletes competing in swimming, running, dressage (horse training), and judo (a martial art) this is the largest Palestinian delegation ever.

Two of the Palestinians were born in the West Bank and Gaza, while the others are Germans or Egyptians of Palestinian descent. Several said that appearing at the Olympics was a way to bring pride to the Palestinian territories, in spite of the everyday hurdles of Israel’s military occupation. 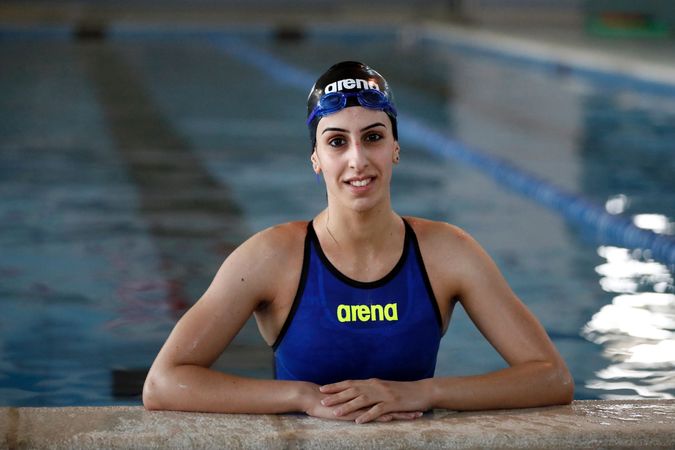 Hailing from the West Bank, 22-year-old Mary al Atrash is a competitor in the 50-meter freestyle. Brought to Rio through the Olympics program for countries without sports resources, her best time is 29.91 seconds, more than 4 seconds lower than the qualifying time of 25.28 seconds.

Atrash said she isn’t concerned about winning so much as representing the Palestinian people. That is “something to be proud of,” she told Reuters. 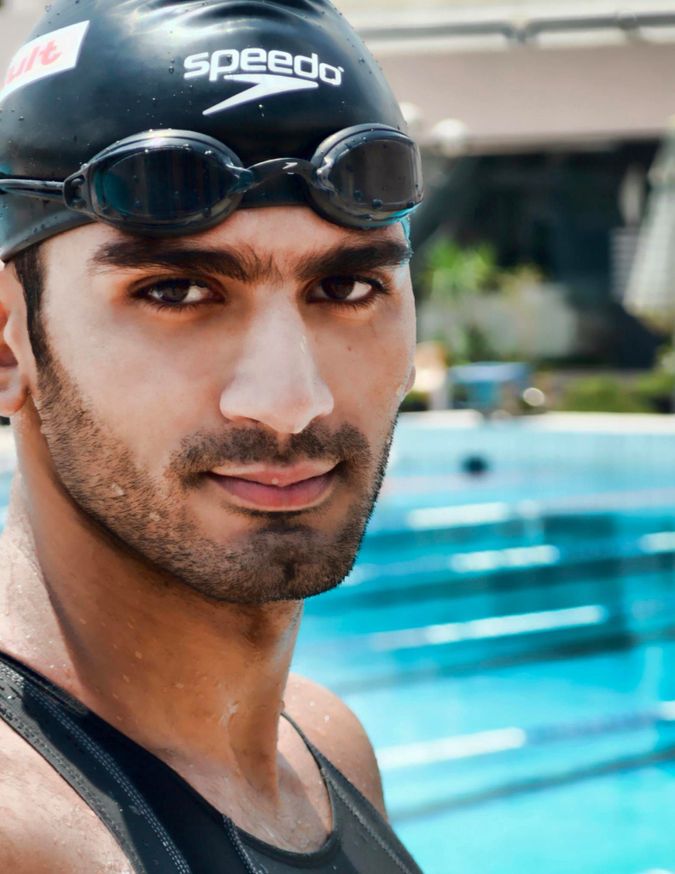 Born in Cairo to an Egyptian mother and a Palestinian father, Ahmed Gebrel is a 25-year-old freestyle swimmer who also represented Palestine in the 2012 Olympics in London, where he placed 27th. Like Atrash, he was invited to the games when he failed to meet the threshold. He is the only Palestinian to compete twice in the Olympics.

Gebrel, who, according to Palestine Chronicle lives in Spain, will swim in the 200-meter event.

In 2012, he told the 7M Sports site that he hoped that his participation in the Olympics would bring more Palestinians into sports. He said the athletes would “represent Palestine in the best possible way.”

The child of a Palestinian father and a German mother, Simon Yacoub, 25, is competing in the super light weight category for judo, a martial art. He has been practicing Judo since age five. By age 16, he was part of the German national team, setting him on a path to become “perhaps the only serious contender to take home the first ever Olympic medal for the Palestinians,” wrote the Times of Israel.

In 2013, Yacoub suffered a collapsed lung and took a hiatus from judo. When he returned, wrote the Times of Israel, he knew he would not qualify for the German national team so he decided to compete for Palestine.

“I remembered the origin of my father. My goal was certain since this moment — The Olympic Games 2016 for Palestine!” he wrote on his web site.

He was also invited to the games. 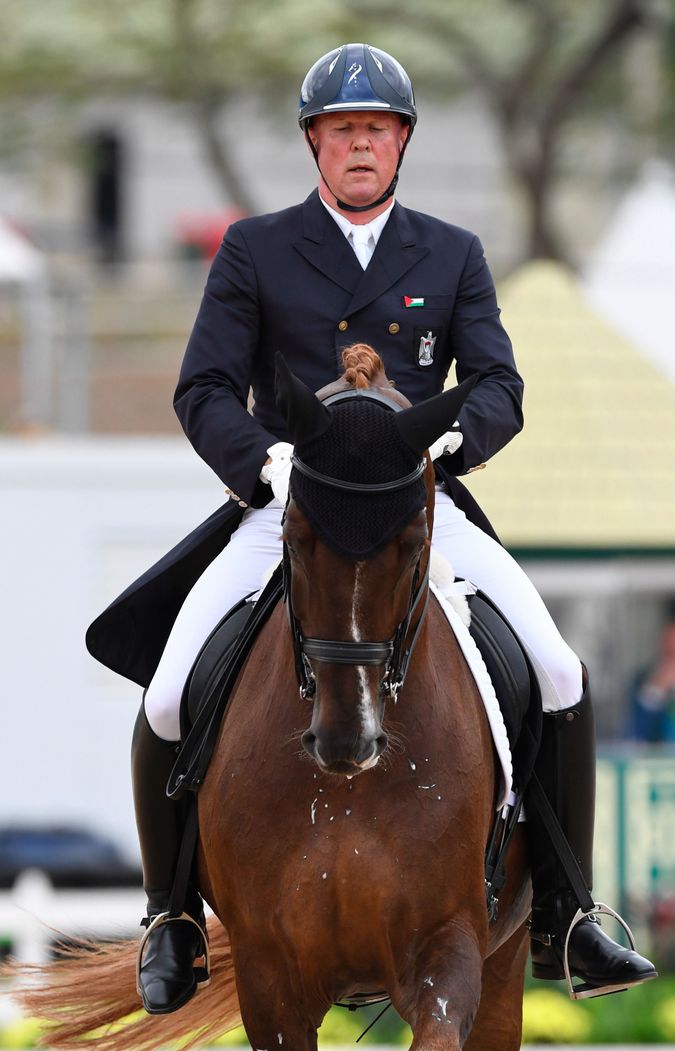 Perhaps the most surprising Palestinian competitor is 55-year-old Christian Zimmermann, a German-Palestinian who is participating in the dressage horse training event. According to Haaretz, he is the first equestrian representing Palestine in the Olympic games.

Zimmermann, a Christian from Cologne, Germany, took up dressage as a young man but gave it up at 26 to enter into business. He is now the CEO of Uniplan, a communications company with 700 employees. Ten years ago he again took up competitive dressage.

Zimmermann became a Palestinian in part because he thought it would allow him to qualify for the Olympics more easily than if he competed as a German, because there is practically no competition among Palestinian horse trainers. According to Haaretz, Zimmermann’s interest in competing as a Palestinian was sparked by his close friendship with a family of Russian diplomats of Palestinian origin.

Zimmermann has said that the Palestinian issue is underrepresented in Germany, saying Germans “have a responsibility to both sides and we must have a proper perspective.” 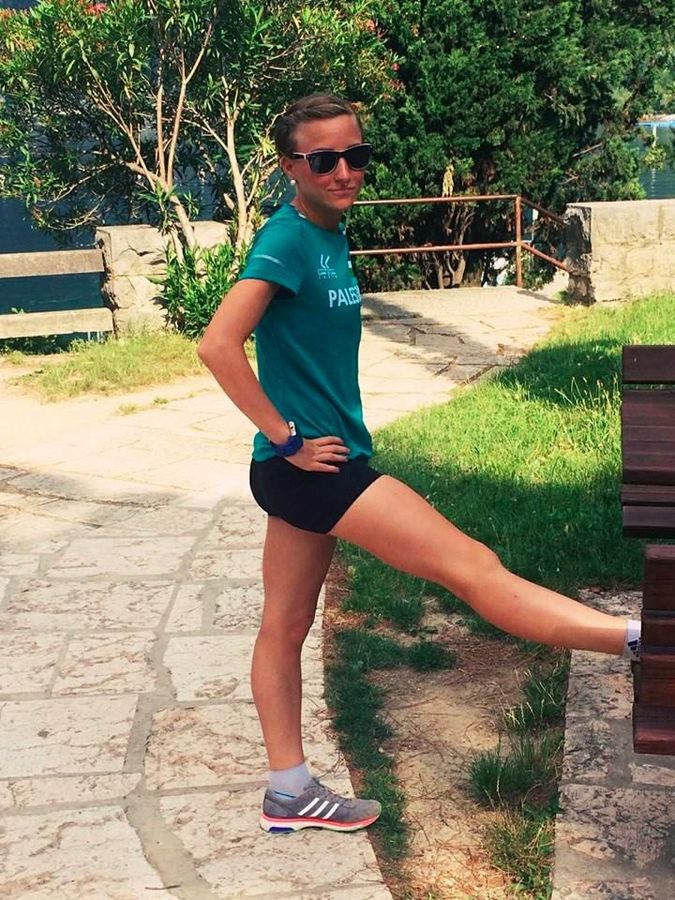 Mayada Al-Sayad, the daughter of a German mother and Palestinian father, is a 23-year-old runner who will compete in the 42 kilometer Olympic marathon.

According to the Gulf Times, Sayad lives in Berlin but spends every summer in the Palestinian territories with her sisters. 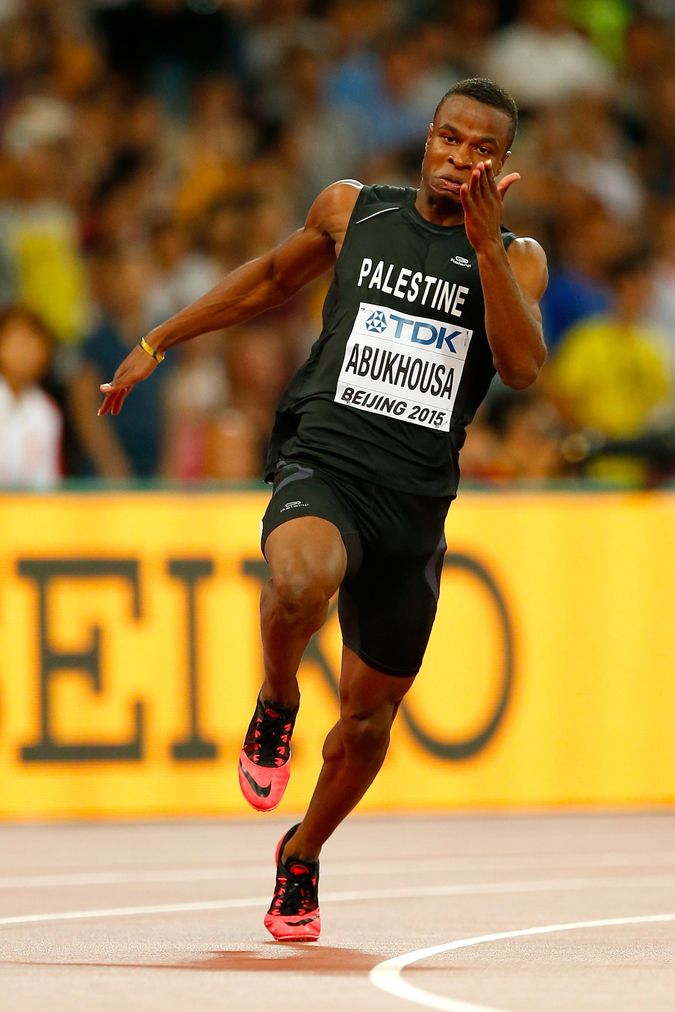 Muhammad Abukhousa, a 22-year-old Gazan, will compete in the 100-meter sprint race. Abukhousa lives with eight family members in the Sheikh Radwan neighborhood of Gaza City according to the Palestine Chronicle.

He will be the first Palestinian to participate in the event, and must run in the primary qualifier on August 13.

Meet the Gazan, the German and 4 Other Athletes Representing Palestine in Rio