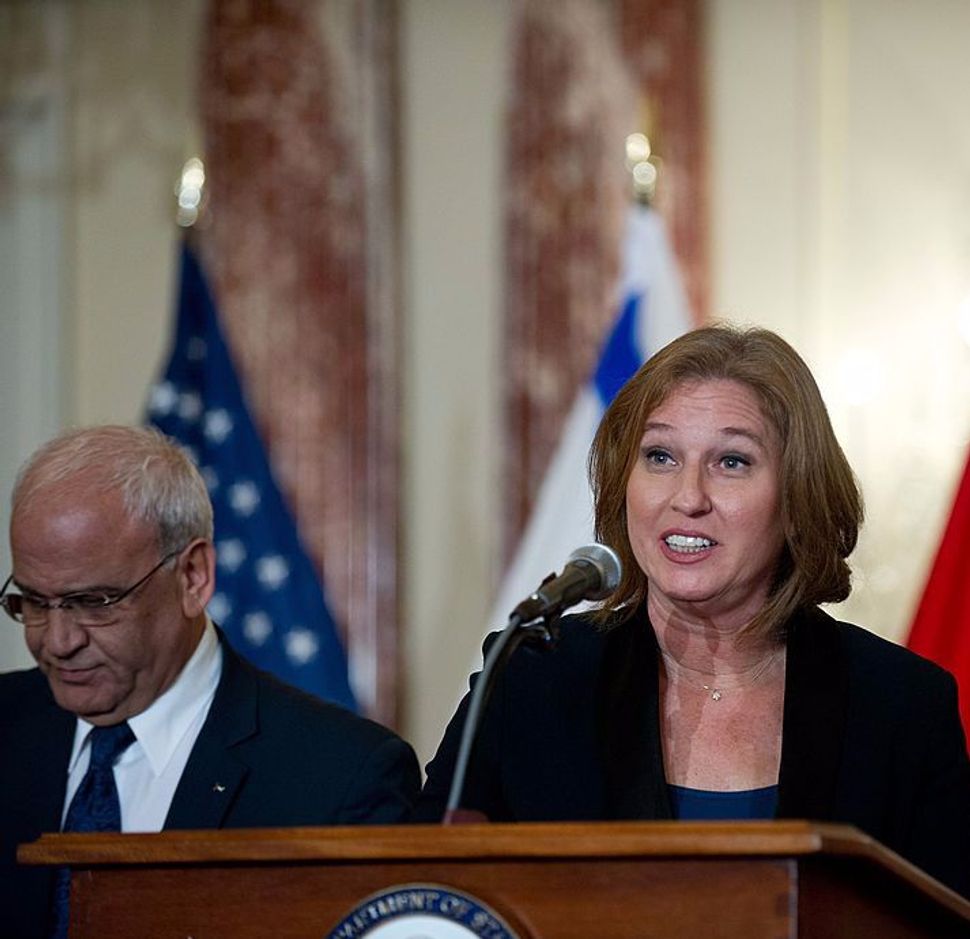 JERUSALEM — Most Israelis and Palestinians oppose the kind of peace deal that has been under negotiation in the past, a new poll found.

When presented with a permanent status agreement based on previous Israeli-Palestinian peace talks, nearly 60 percent of both Israeli Jews and Palestinians are against it, according to the joint poll by leading Israeli and Palestinian think tanks. But about a quarter of those opposers would reconsider if the deal were part of a broader regional peace based on the Arab Peace Initiative.

“It is very clear that a majority of Israelis and Palestinians at this point have responded with opposition to the package,” professor Khalil Shikaki, the director of the Palestinian Center for Policy and Survey Research, told JTA. However, we were able to easily change their minds simply by adding the Arab peace component. We got close to 55 percent support for the package when it is an Arab-Israeli peace rather than just a Palestinian-Israeli peace.”

The Palestinian think tank and the Israel Democracy Institute, a leading research center in Jerusalem, surveyed 1,184 Israelis and 1,270 Palestinians, revealing mistrust and fear of the other on both sides, along with some hope for flexibility.

Last year, 51 percent of both Israelis and Palestinians supported a two-state solution, according to a similar survey the Palestinian center conducted annually with the Truman Institute for the Advancement of Peace at the Hebrew University since 2000.

The peace deal offered in the latest poll included a demilitarized Palestinian state, reciprocal national recognition, Israeli withdrawal to its pre-1967 borders with territorial swaps, the reunification of 100,000 Palestinians with families in Israel, the division of Jerusalem and its holy sites and the end of conflict and claims. A multinational force would be set up in the Palestinian state, and Israel would maintain two early warning stations in the West Bank for 15 years.

A minority of Israeli Jews and Palestinians (39 percent) back the deal, along with a whopping 90 percent of Israeli Arabs.

Half of Israeli Jews, 61 percent of Israeli Arabs and 70 percent of Palestinians agree: “Nothing can be done that’s good for both sides; whatever is good for one side is bad for the other side.”

Among both Israelis and Palestinians, religious observance and political leaning are predictive of backing for the proposed peace deal, the poll found. Secular and left-wing Israeli Jews are more likely to be supportive, while more-religious and right-wing Israeli Jews are less likely to be. Just 16 percent of Israeli settlers in the West Bank are on board, compared to 40 percent of non-settlers.

Similarly, less-religious Palestinians are more supportive of the deal than the more-religious, and there is a large difference in support between Fatah and Hamas voters — 57 percent versus 25 percent. Fatah is the political party of Palestinian President Mahmoud Abbas. Hamas is the Islamist terrorist group the governs the Gaza Strip.

When asked to chose among four potential mediators, an Arab forum — of Saudi Arabia Egypt and Jordan — was the most popular among both Israeli Jews and Palestinians, with 26 percent and 22 percent support respectively. All the other options — the United States, the European Union and the United Nations — are acceptable to one side but unacceptable to the other.

Egypt and France are both pushing real-life initiatives to revive Israel-Palestinian peace talks. Palestinian leaders demand Israel freeze settlement construction and agree to negotiate based on the pre-1967 Green Line as preconditions for talks.

Most Palestinians, 62 percent, blame the Israelis for the failure of previous rounds of negotiations, while 52 percent of Israeli Jews blame the Palestinians. U.S. Special Envoy Martin Indyk, who oversaw the process, reportedly assigned most of the blame for the failure to Israel, while the State Department said no one to blame but “both sides did things that were incredibly unhelpful.”