How Much Should Israeli Guests Splash on Wedding Gift? Web Sites Do Math. 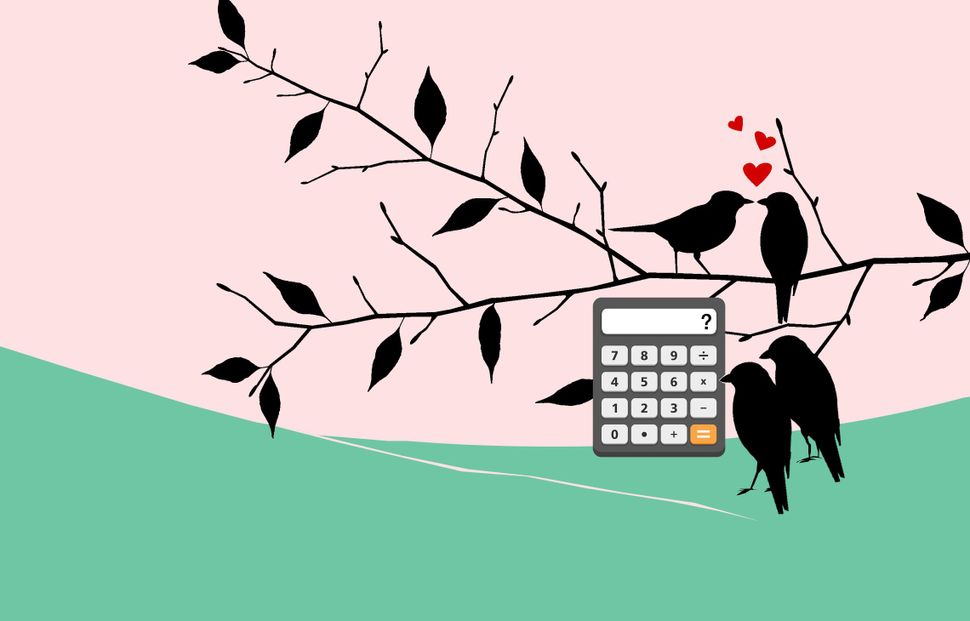 Summer brings wedding season in the Holy Land. And with it, a mathematical conundrum for many Israeli wedding guests: How much money to gift the bride and groom?

Wedding gift registries are uncommon in Israel Jewish tradition, as couples prefer cash gifts to kitchen gadgets. Guests deposit envelopes of cash into a large box at the entry of the reception hall, and the couple will typically use the money to pay for the party, sometimes even settling up with the venue at the end of the night.

Simple as it sounds, the cash-as-wedding-gift tradition presents a dilemma to guests who aren’t sure how to convey their well-wishes with shekels. Give too much and the average cash-strapped Israeli won’t make rent for the month, give too little and he or she will risk being remembered as “bunker,” Hebrew slang for a stingy person, as in “tight as a bunker.”

Enter the Israeli wedding gift calculator. In the past few years, Israeli web sites have cropped up to help guests determine the appropriate amount to give based on a set of questions about the event.

The site Hogegim asks a guest to log in the month of the wedding, the day of the week, his or her connection with the bride or groom (close friend, best friend, “fair” friend, brother, sister, cousin, etcetera), the type of venue (synagogue, garden, private house, among others) and the amount of money the guest makes (a guest can mark their salary or simply say they work in high tech — known as a more lucrative Israeli field.) Then it calculates the appropriate amount.

For instance, a “close cousin” of the bride or groom who works full time and is attending a synagogue wedding on a Thursday in August, would be safe to bring 335.30 shekels, or exactly $89.

The Hogegim site notes that getting the cash gift right is important “since this decision will contribute to your well-being and joy,” and presumably that of the bride and groom.

But no pressure. Just put the shekels in the envelope.

How Much Should Israeli Guests Splash on Wedding Gift? Web Sites Do Math.