Why Far More Unmarried Israeli Couples Are Living Together 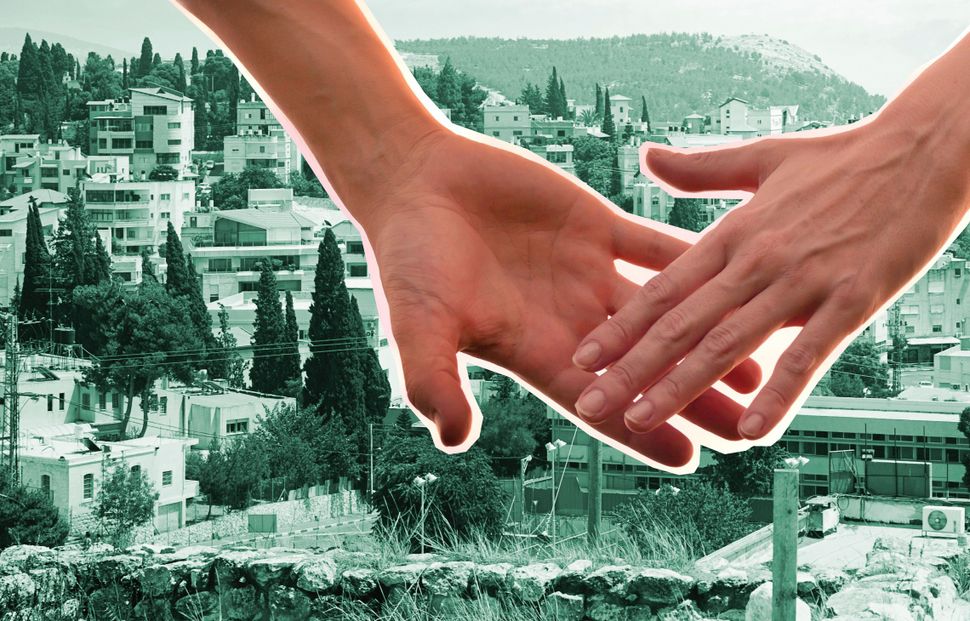 The number of unmarried couples in Israel rose by almost a third in recent years, a trend that one Jewish pluralism group says exemplifies public frustration with Israel’s marriage policy.

In Israel, Jewish marriages can only be performed under the auspices of the Chief Rabbinate of Israel, the official state-sanctioned religious authority. Many secular couples, or couples in which one or both partners is not considered Jewish by the state, choose to marry overseas. Their marriages are then recognized by the state of Israel.

Hiddush, a Jewish pluralism group, analyzed data from Israel’s Central Bureau of Statistics and found that between 2012 and 2014, the most recent year for which data is available, the number of unmarried cohabiting couples jumped by 28% from 69,000 to 88,000.

Uri Regev, the CEO of Hiddush, said that the uptick is the result of several converging phenomena. One is the fact that 350,000 Israeli citizens from the Former Soviet Union who were considered Jewish enough to meet the state’s standards for Jewish immigration are actually not Jewish enough to marry according to the rabbinate. Many of these couples marry overseas but others choose to cohabitate instead.

Some couples that marry overseas choose not to register their marriages with the state authorities upon their return, which could help account for the rise in the number of unmarried Israelis cohabiting.

But Regev also believes that Israelis are growing skeptical of overseas marriage as the perfect workaround solution to dealing with Israel’s rabbinate, because if they split up they will still have to go through Israel’s religious divorce courts.

In addition to the rise in unmarried couples cohabiting in Israel there has also been a small dip in the number of rabbinate marriages. According to Hiddush data, between 2013 and 2014 there was a 6.5% decrease in the number of Jewish couples that married in Israel, from 39,400 per year to 36,900 per year.

Regev said that there is “irony” in the fact that the rabbinate’s monopoly on marriage is actually “undermining the institution of family” in Israel by, in his view, disincentivizing couples from getting married.

The message from the rabbinate is, he said: “You don’t want to use our services, or bind yourselves to our norms? Then give up the entitlement, the eligibility to be considered married.”

Why Far More Unmarried Israeli Couples Are Living Together