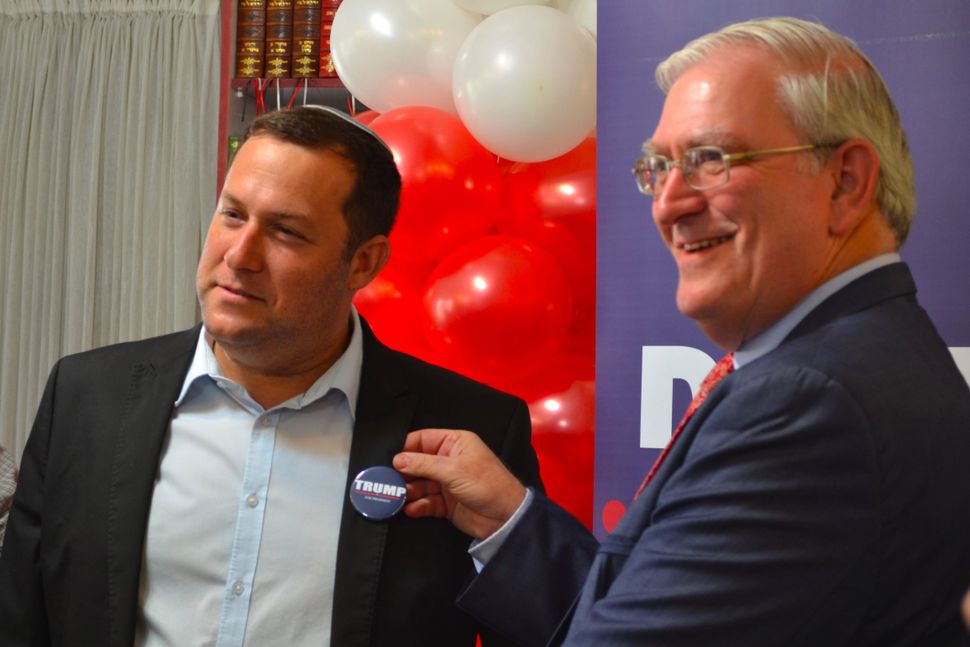 Chaim Spring, an 80-year-old Jewish settler, had given up on American politics since he immigrated to Israel from the United States 43 years ago. But this November he’ll be casting a vote for Republican nominee Donald Trump, whom he calls an “honest man” and a good father, two qualities that earned Spring’s support.

The Republican party in Israel is making a campaign push with American-Israelis like Spring who live in Jewish-only settlements in the West Bank, the territory that Israel captured in the 1967 War where Palestinians hope to build a future state. Spring volunteered his home in Karnei Shomron, a settlement east of Tel Aviv, which is where the campaign opened the first of two West Bank offices on September 5.

The two-story home was festooned with a red, white and blue balloon arch and signs that read “Trump” in Hebrew. At a dining room table, two young volunteers in campaign T-shirts typed away on laptops, contacting American-Israelis to help them register to vote overseas. The drive is a local initiative without official ties to the Trump campaign in the United States. 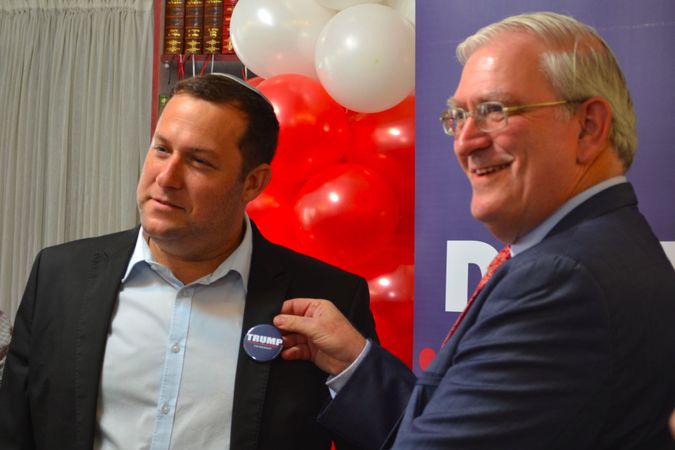 The campaign strategy to reach out to settlers is both pragmatic and ideological, said Zell, a onetime Trump skeptic who was won over ahead of the Republican National Convention by Trump’s commitment to Israel.

Zell’s campaign is concentrating on the West Bank in part because of the large number of American-Israelis who live there. According to Sara Yael Hirscchorn, an Oxford University professor, there are 60,000 Israeli settlers with American citizenship, making up 15% of the total settler population. Republicans Overseas Israel estimates that there are 300,000 to 400,000 eligible American voters in Israel total, and it hopes to get about 200,000 of them to vote for Trump. The campaign also has four other offices inside Israel.

The campaign’s outreach to settlers is also a political, said Zell. Settlers will find a welcome home in the Republican Party this year since its platform was stripped of language advocating for a state for the Palestinians. Zell said that he worked with the representatives of the Trump campaign to ensure the hardline language on Israel, which advocates moving the American embassy to Jerusalem from Tel Aviv. It is a move U.S. administrations have avoided in order to appear neutral on the question of Jerusalem as a capital of both Israel and Palestine.

Though Trump has ruffled Israel supporters in the past by saying Israel should pay for U.S. defense aid, Zell said that the Republican candidate is best for Israel because he has no preconceived solution for the conflict with the Palestinians.

Trump believes that America should “not be dictating” to Israel how to solve the conflict, said Zell. “He said Israel has to decide.”

This cuts a sharp contrast with Democratic nominee Hillary Clinton, he added, who supports a two state solution for Israelis and Palestinians. The Republican Party’s campaign director in Israel, Tzvika Brot, has called Clinton’s stance a “far left” position that clashes with the views of most Israelis. (In fact, according to a recent poll, over half of all Israelis support a two state solution.)

Abraham Katsman, the legal counsel for Republicans Overseas Israel, brushed away a reporter’s question about whether the fact that Trump’s followers sometimes espoused anti-Semitic views worried the campaign organizers. Trump shouldn’t be made to answer to his followers’ views, he said. Plus, “there are more worrying elements on the left.”

Zell said that while the campaign is focused on Jewish Israelis at the moment, it wouldn’t rule out outreach to Palestinians and Arab-Israelis. Judging from the campaign’s Facebook page, he said, there seems to be interest from Arabic speakers in Trump’s message.

So far, the group has mostly been focused on voter registration, sending volunteers to malls and to do door-to-door campaigning. The campaign also has a Hebrew-speaking staff in order to reach out to the children of American immigrants to Israel, most of whom were born in the United States but raised in Israel, and who are now of voting age.

Chaim Rosenfield, a 19-year-old volunteer who moved to Israel from America at age one, said he joined the campaign after reading about it on Facebook. Wearing a Trump T-shirt over a dress shirt and a skullcap, Rosenfield explained that part of his sales pitch is telling them how good Trump is for Israel.