Mahmoud Abbas Hits Back at Israel on ‘Ethnic Cleansing’ Claim 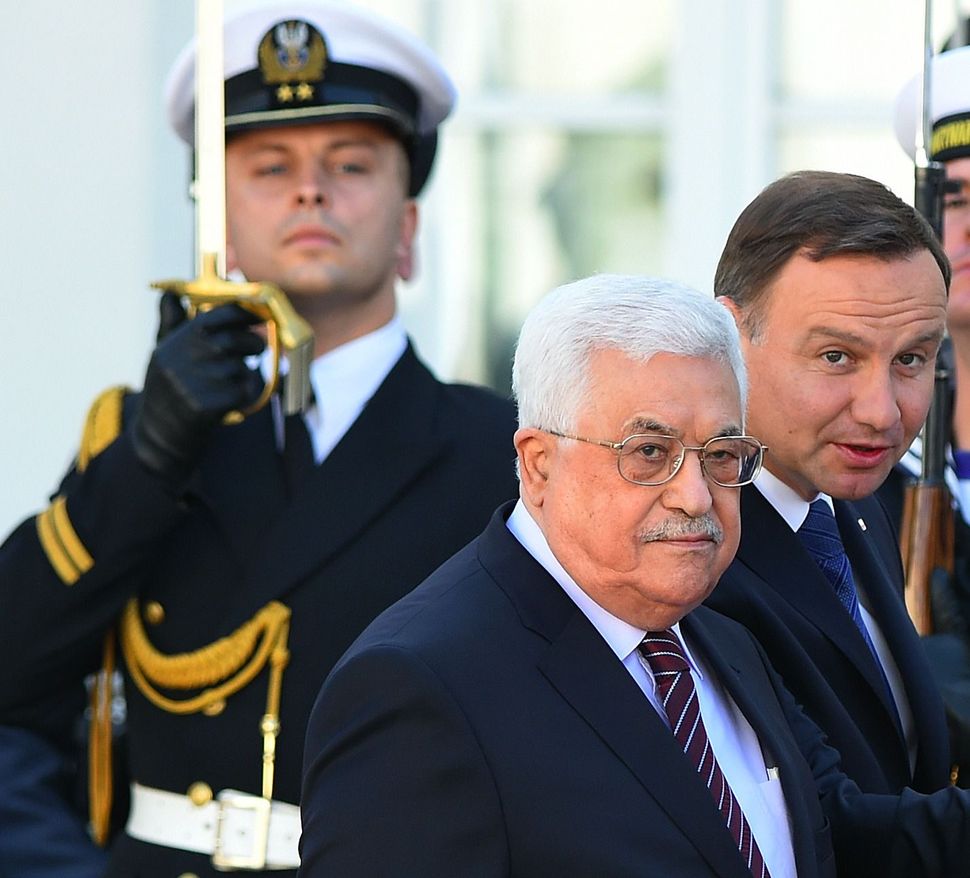 JERUSALEM — Palestinian Authority President Mahmoud Abbas responded to a video released by Benjamin Netanyahu, saying it is Israel, not the Palestinians, who are committing “ethnic cleansing.”

Abbas made the statement Sunday night as part of remarks for the start of the Muslim Feast of the Sacrifice holiday.

“The government of Israel is carrying out ethnic cleansing and deliberately killing—acts that have exposed it to international criticism all over the world,” Abbas said.

He said that he was ready to meet with Netanyahu, the Israeli prime minister, to discuss restarting peace talks; both leaders last week were invited by Russian President Vladimir Putin to meet under his auspices in Moscow

“We are not isolated, like the Israeli government is trying to present us. The government of Israel is the actually isolated one in the international stage because it isn’t interested in continuing on the path of peace, continues the settlement industry and damages the holy sites,” Abbas said.

Netanyahu on Friday released a video in English on social media, in which he accused the Palestinians of wanting to ethnically cleanse the West Bank in their call for a Palestinian state without any Jewish residents.

“[T]he Palestinian leadership actually demands a Palestinian state with one pre-condition: No Jews,” Netanyahu said in the video. “There’s a phrase for that: It’s called ethnic cleansing. And this demand is outrageous. It’s even more outrageous that the world doesn’t find this outrageous.”

The video, also released in a Hebrew version, as well as one with Arabic subtitles, is distinctly directed to an audience outside of Israel.  “Ask yourself this: Would you accept ethnic cleansing in your state? A territory without Jews, without Hispanics, without blacks?” Netanyahu said. “Since when is bigotry a foundation for peace?”

The U.S. State Department called the charge “inappropriate and unhelpful” and said it has engaged in “direct conversation” with Israel’s government over it.

Mahmoud Abbas Hits Back at Israel on ‘Ethnic Cleansing’ Claim