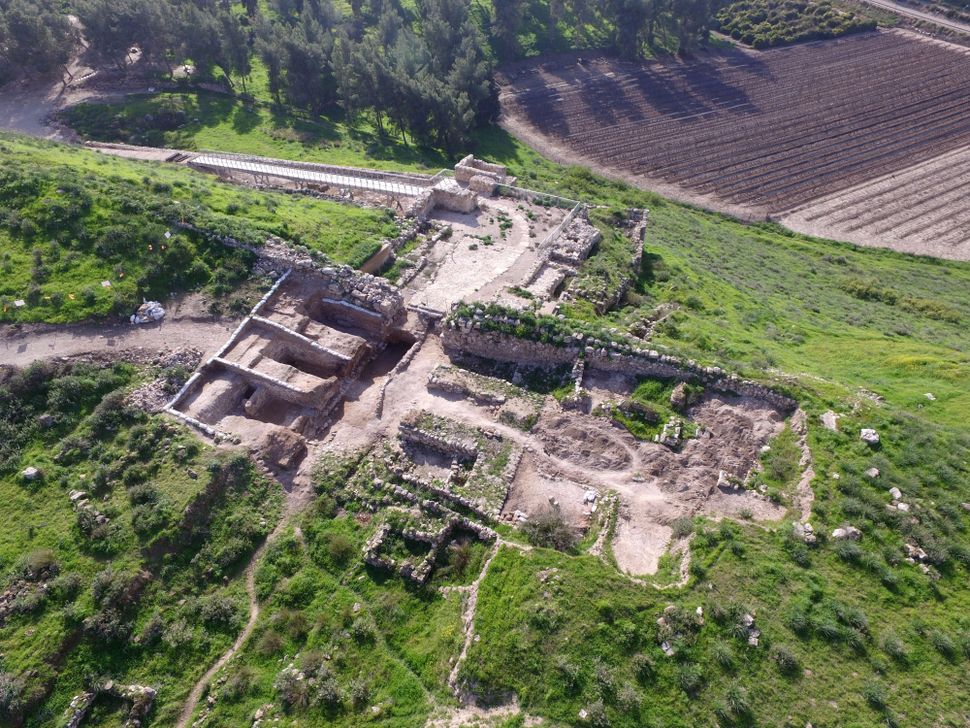 A once-soaring 80-foot-high city gate and shrine from the 8th century BCE was discovered in the Tel Lachish archaeological park in south-central Israel, the site of an ancient city that was second to Jerusalem in importance.

According to archaeologists, artifacts in the shrine appear to bolster a biblical story about how ancient worship was centralized in Jerusalem. In the shrine, they found lamps, bowls and horns on an altar. The horns were “truncated,” said Sa’ar Ganor, an archaeologist with the Israeli Antiquities Authority, indicating that they were partly destroyed. 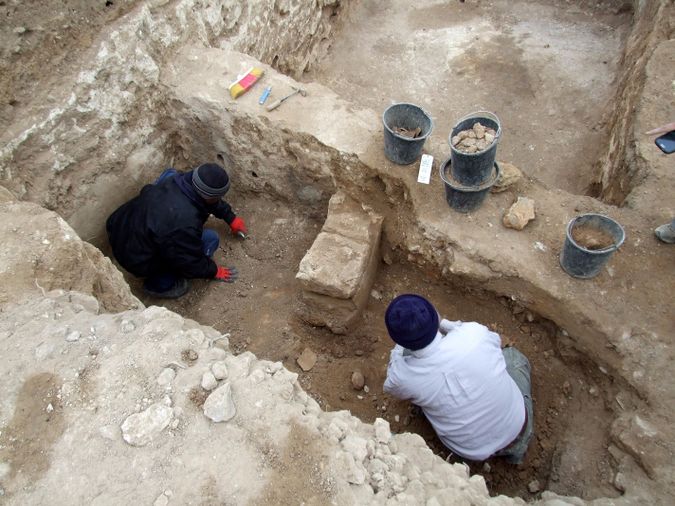 A scene from the dig of the gate and shrine. Image by Israel Antiquities Authority

“That is probably evidence of the religious reform attributed to King Hezekia” — a prominent king of Judah from the Hebrew bible — “whereby religious worship was centralized in Jerusalem and the cultic high places that were built outside the capital were destroyed,” Ganor said in a press release.

“The uncovering of these finds joins a long list of discoveries that enlighten us about our historic past, a past that is manifested in our country’s soil and in the writings of the Book of Books,” said Culture Minister Miri Regev.

Archaeologists also uncovered the remains of a gate that they believe was originally 80 feet tall and 80 feet wide. It consists of six chambers on either side of the main street to the city. Inside the chambers they discovered jars and scoops for grain and benches with armrests. The benches were a major meeting point in ancient times for city elders, governors, judges and even kings. 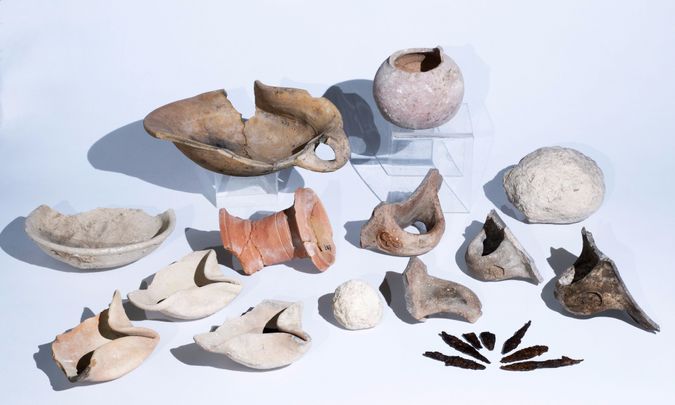 Artifacts from the First Temple period including oil lamps, seals and arrowheads. Image by Clara Amit

Archaeologists also found stamped jar handles with a seal indicating that they were property of a king. They believe that they were used for military and administrative purposes in the Kingdom of Judah in the war against Sennacherib, the King of Assyria in the late 8th century BCE.

“Now we have the history in our hands,” said Ganor.