WATCH: Israeli Women Apologize On Behalf of Israel on Yom Kippur — But Not for What You Think 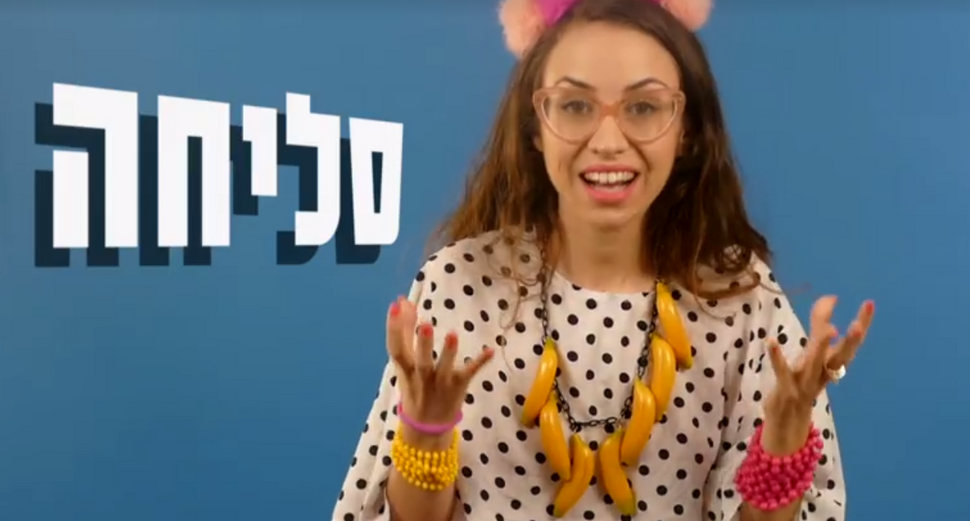 The Israeli female web comedy team, Ha Israeliot (“The Israeli Girls”) is apologizing on behalf Israel to the world for Yom Kippur, the Jewish Day of Atonement.

In a video released on Facebook the week ahead of Yom Kippur, the women address a handful of not-so-serious Israeli transgressions.

The video, which was also published on a pro-Israel Facebook page belonging to the news site Mako, is part comedy and part propaganda, ending with the message that no one should have to apologize for loving the Jewish state — a dig at those who criticize it for its nearly 50-year military occupation of Palestinian lands.

In the video, comedian Shapir Shoham says sorry on behalf of Israel for outsourcing the Israeli coffee chain Aroma to European countries. When an order is ready at Aroma, the cashier loudly announces the customer’s name.

“I know how embarrassing it is when they call your name out loud in such a public place,” she says, telling Europe’s Aroma customers that it’s OK to invent a name.

Another, Leah Lev, also apologizes to Europe for exporting Israeli avocados, which are either underripe or overripe. “It’s truly the worst fruit there is.”

Renny Grinshpan apologizes to beach-going tourists in Israel for the game of “matkot,” a popular paddle ball game, which dominates “every inch of sand” making it impossible for visitors to relax.

The video takes a serious turn when the women say they’re “sorry” but they really do love Israel. It ends on a humorous note when Oshrit Sarusi goes off on a tangent about barbecuing underneath a sukkah on Israel’s Independence Day.

“Where will you find a sukkah in America?”

WATCH: Israeli Women Apologize On Behalf of Israel on Yom Kippur — But Not for What You Think