Did Hillary Clinton’s Campaign Chief Want Her To Avoid Talking About Israel? 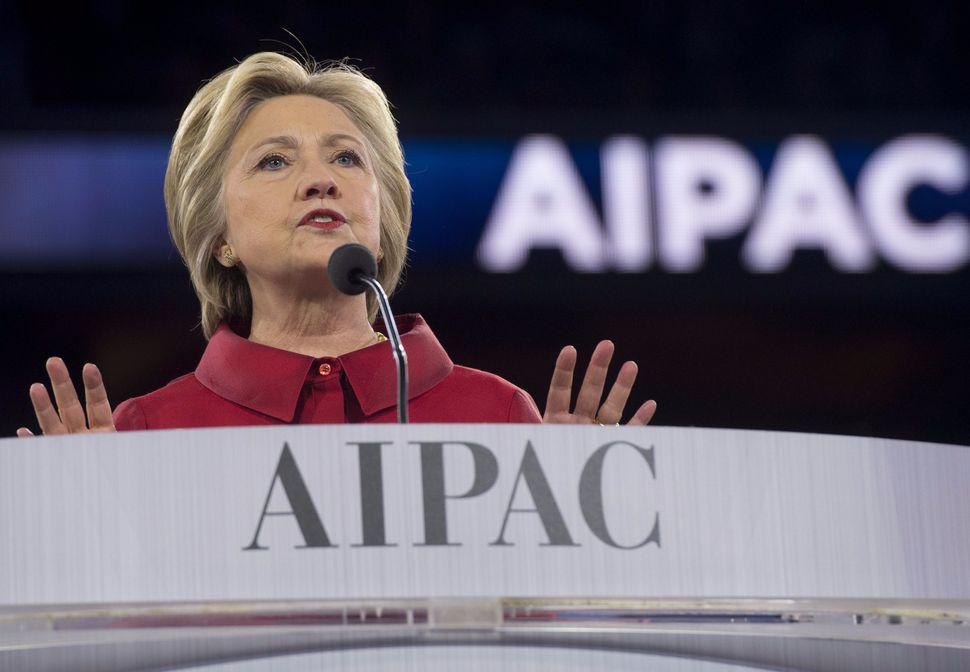 Hillary Clinton likes to trumpet her support for Israel to Jewish groups. But according to e-mails leaked from the Democratic nominee’s presidential effort, her campaign manager Robby Mook wanted her to remain silent on the subject.

“We shouldn’t have Israel at public events. Especially Dem activists,” wrote Mook, in response to an internal debate over whether Clinton should name-drop the Jewish state at a May campaign rally.

Foreign policy aide Jake Sullivan started the discussion when he suggested that she add a line to planned remarks “standing up for our allies and our values, including Israel and other fellow democracies.”

Eventually, the advisers reached a consensus that it was best to mention Israel only at fundraisers.

Israel — and its relationship with the Palestinians — proved divisive in the Democratic primary. Many on the party’s left saw Clinton as too friendly to rightwing stances on peace and the occupation.

Clinton’s rival, Vermont Senator Bernie Sanders, took a harder line on the Jewish state than she did. He criticized the country’s recent invasion of the Gaza Strip as an example of “disproportionate” force, and said that he would be a more evenhanded broker between Israelis and Palestinians.

That disagreement continued into the summer, as Sanders allies battled for more progressive language on Israel to be written into the party’s platform.

The hacked e-mails from the account of Clinton campaign chairman John Podesta were released by Wikileaks in a possible attempt to influence the election’s outcome for Republican nominee Donald Trump.

After a paid speech three years ago to Goldman Sachs, she described to chief executive officer Lloyd Blankfein the sort of bomb that would be needed to destroy the Islamic Republic’s nuclear facilities.

According to her, the Israelis needed American help to carry out a successful attack on the nuclear program: “That has been up until this recent government, the prior government, their position. But they couldn’t do much damage themselves.”

Did Hillary Clinton’s Campaign Chief Want Her To Avoid Talking About Israel?