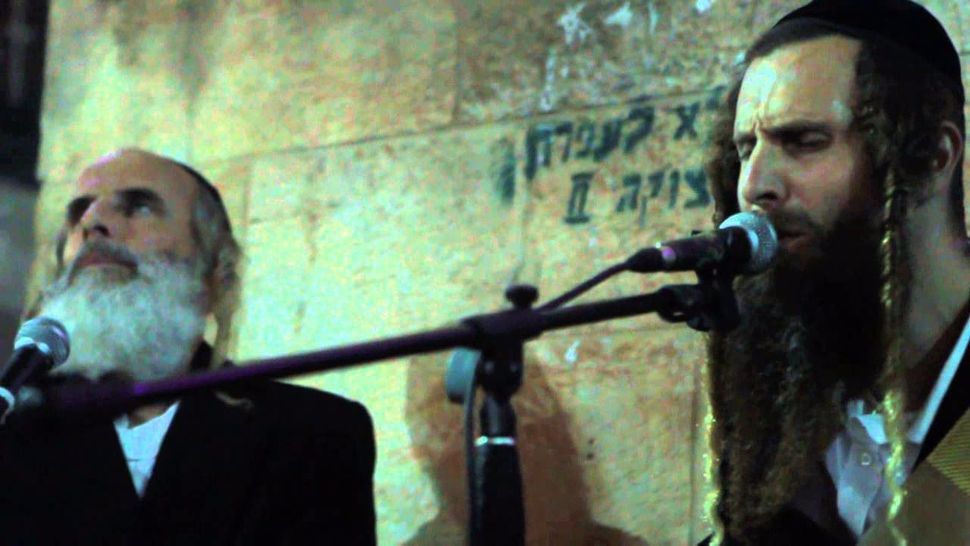 Two singing Israeli rabbis, Aryeh and Gil Gat, have created an almost spot-on rendition of Pink Floyd’s “Wish You Were Here,” captured in this performance on a Jerusalem street.

The brothers won the hearts of Israeli TV viewers when they competed in 2013 in Israel’s reality music competition, Rising Star.

“The power of music is above everything,” Arie Gat told the Associated Press. “I’m not a man of lights, flashes and sparkles. I am ready to stand — I say that in the spiritual sense — with what I have, without external outfits. There is no need for that. And I believe that if it’s good it will sell and if not then not.”

The brothers, who both became religious later in life, said they see no conflict between their religious values and their musicality.

“Wish You Were Here” was penned by Pink Floyd’s frontman Roger Waters, a vocal Israel critic. He has lashed out at Israel for its treatment of Palestinians on numerous occasions, comparing Israel to Nazi Germany.

In a California concert earlier this month Waters reiterated his movement to boycott, sanction and divest from Israel, otherwise known as BDS.

“I’m going to send out all my most heartfelt love and support to all those young people on the campuses of the universities of California who are standing up for their brothers and sisters in Palestine,” Waters said. He said he hoped BDS would “encourage the government of Israel to end the occupation.”