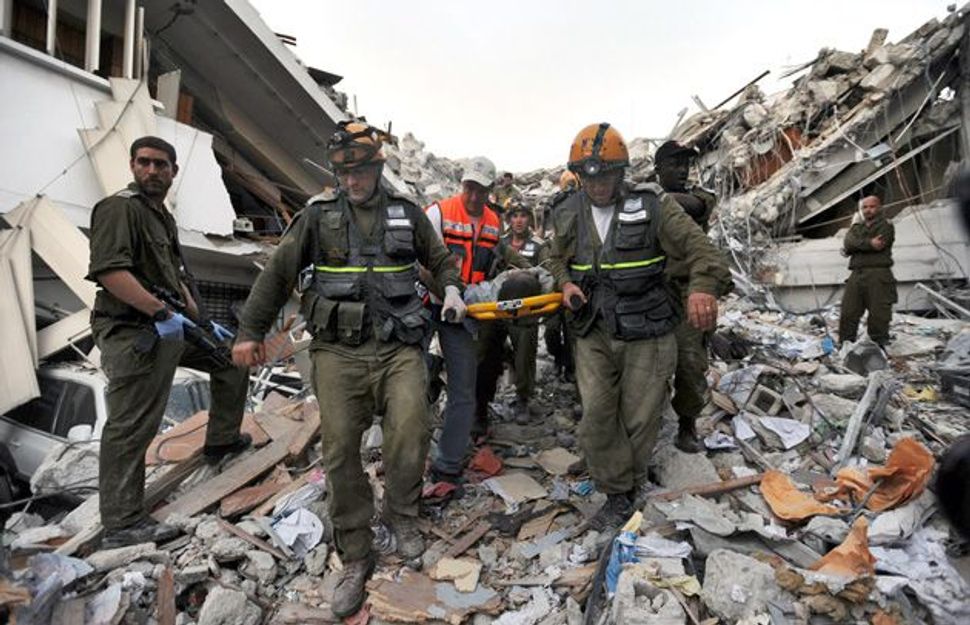 To the Rescue: Israeli relief workers carry an injured man rescued from a building collapse in Port- au-Prince, days after the earthquake left Haiti?s capital in ruins. Image by Getty Images

Run by the Israel Defense Forces, the country’s disaster medical teams have been dispatched around the world to deal with catastrophes like earthquakes in Haiti and Nepal. The WHO vets every country’s field hospital system then rates them on a scale from one (the lowest) to three (the highest). So far, Israel’s is the only one in line to receive the best score. Here’s four reasons why.

1. Unmatched Speed Thanks to a streamlined process arranged by the government, Israel’s disaster response teams tend to arrive at the scene before almost anyone else. After an earthquake struck Haiti six years ago, Israeli crews landed there within a day. The IDF has also outlined protocols to assemble a fully operational field hospital within 12 hours of getting somewhere.

2. They Bring The Best Israel is very strategic about the cargo it brings to a disaster area — planes, after all, can only carry so much weight. It limits crew members to bringing around 200 pounds of stuff on the flight (including themselves), making it easier to cram in X-ray machines, lab equipment, and other needed supplies. It also staffs the field hospital with the best, including trauma unit doctors from Jerusalem’s own medical centers.

3. A Military Assist Due to its numerous conflicts in the region, the IDF has experience in delivering medical care to war zones and other disaster areas. It also has special experience in the sorts of trauma surgery that people caught in hurricanes or earthquakes need.

4. State of the Art Training Facility In the north of Israel, the IDF maintains a state of the art training facility spread across two dozen medical tents. Regular exercises are conducted to simulate a medical response in a disaster, with doctors even performing mock surgeries on dummies.