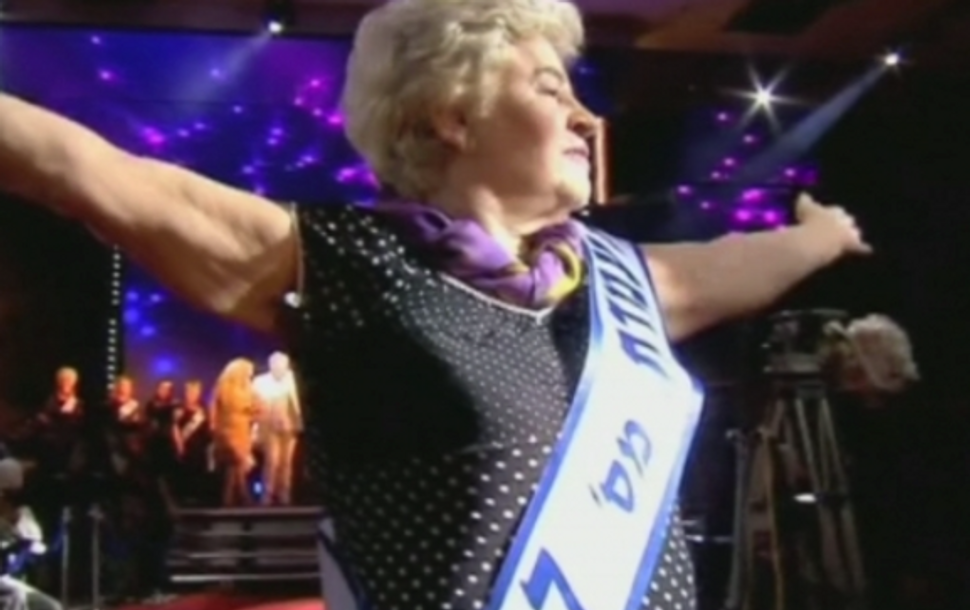 After surviving the Holocaust, a group of elderly women took a star turn this week at a fashion show in the Israeli city of Haifa, dressed in pageant dresses and celebrated with cheers and applause.

“Tonight we’re letting some women who survived the Holocaust have something that was robbed from them in their youth,” David Parsons, a staffer at the International Christian Embassy, a group that sponsors the annual event, told Reuters. “We want to give something back to them tonight it’s for them to enjoy.”

Fourteen women participated in the competition, some of them helped down the red carpet by assistants. Anna Grinis, a 75-year-old born in Russia, was named the winner of the pageant by Sara Netanyahu, Prime Minister Benjamin Netanyahu’s wife.

“When my mother was alive, she always used to tell me about this period when we ran way from [the German Army, near] Moscow… and there was nothing to eat there. We barely survived,” Grinis recalled, in her interview with Reuters.

Sara Netanyahu praised the fashion show women in comments at the event. “You all have endured the darkest period in history, and despite everything, you chose life. You chose to raise families, to work, to create and to continue living. You won,” she said.

Embraced by the survivor participants, other have criticized the event as cheap. According to the Daily Mail, Colett Avital, a leader of a prominent Israeli survivors’ group, expressed reservations about the competition.

“It sounds totally macabre to me. I am in favour of enriching lives, but a pageant masquerading survivors with beautiful clothes is not what is going to make their lives more meaningful,” she said.

But Grinis had a different reaction after she got crowned.

“I have no words to describe how excited I am,” she gushed.