Is Jewish Oligarch the Cyber Link Between Donald Trump and Russia? 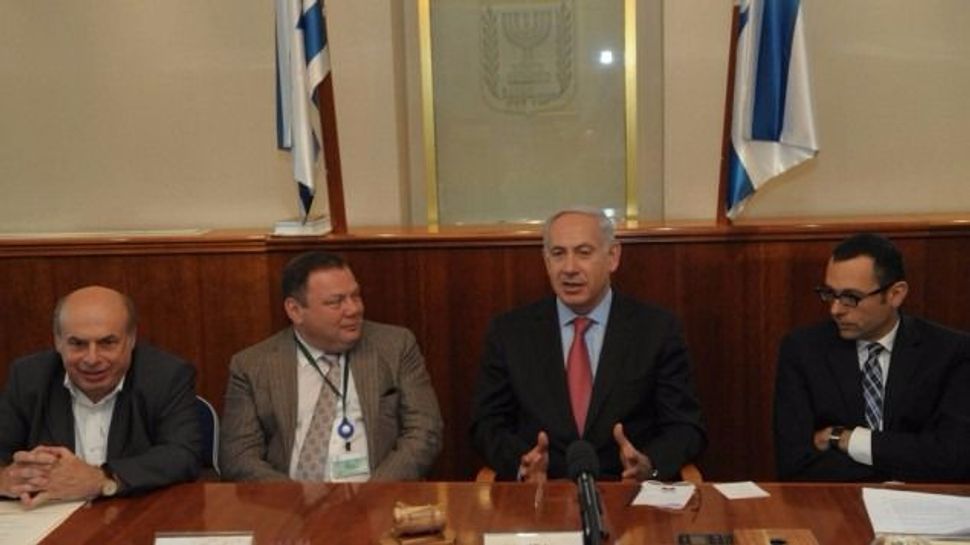 Is a Russian Jewish oligarch with Israeli citizenship and close ties to both Vladimir Putin and Benjamin Netanyahu running a secret cyber-communications channel between Donald Trump’s presidential campaign and Russian authorities?

That question, about billionaire Mikhail Fridman, is at the heart of a new and detailed investigative report by Franklin Foer, the former editor of The New Republic, published Tuesday on the news website Slate.

According to a story published in The New York Times just hours after Foer’s report went live, FBI investigators looked into — and ultimately came to doubt — evidence that a mysterious server registered to the Trump Organization was receiving regular covert email communiqués from two servers registered to Fridman’s Alfa Bank, the largest commercial bank in Russia.

“The F.B.I. ultimately concluded that there could be an innocuous explanation, like a marketing email or spam, for the computer contacts,” wrote Times reporters Eric Lichtblau and Steven Lee Myers.

Journalists from the on-line investigative news site The Intercept, who said sources used by Foer showed them some of the same material earlier, reached a similar conclusion after consulting with several cybersecurity experts.

But this is a conclusion that top cyber-security experts quoted by Foer, including several who monitored the activity of the servers, rejected as nearly impossible after reviewing the evidence.

“I’ve never seen a server set up like that,” said Christopher Davis, who runs the cybersecurity firm HYAS InfoSec Inc. Davis, who won an FBI Director Award for Excellence for his work tracking down the authors of one of the world’s nastiest botnet attacks, said of the Trump-Alfa Bank server links, “It looked weird, and it didn’t pass the sniff test.”

Internet cyber-security pioneer Paul Vixie told Foer, “The parties were communicating in a secretive fashion. The operative word is secretive. This is more akin to what criminal syndicates do if they are putting together a project.”

The computer logs in question, these cyber-security experts said, suggested that Trump and Alfa had configured something like a digital hotline connecting the two entities, shutting out the rest of the world, and designed to obscure its own existence.

Moreover, “At election-related moments, the traffic peaked,” said Indiana University computer scientist L. Jean Camp. There were many more Domain Name System lookups between them, for example, during the Democratic and GOP national political conventions.

The cyber-security experts also noted with interest that shortly after the Times’s Lichtblau spoke with the Trump campaign in connection with his story on this odd linkup, “the Trump domain name in question seemed to suddenly stop working.”

Over the summer a team of six of these scientists observed the communications trail between the Trump and Alfa Bank servers from a distance, according to Foer, after one of them stumbled onto it while investigating the hacking of computer servers at the Democratic National Committee. U.S. intelligence analysts have concluded that the hacking was conducted by Russia. One of his prime sources from among this group insisted on anonymity, citing his work with the government and corporations.

Fridman, the owner of the Alfa Group, which owns Alfa Bank, holds citizenship in Russia and Israel. He has been tagged by Forbes as Russia’s second richest person, with a fortune valued at $15.3 billion and enjoys multiple ties to Putin, Russia’s president.

But Fridman is close, too, to Netanyahu, Israel’s prime minister, and to Natan Sharansky, the former Russian refusenik who today heads the Jewish Agency, a quasi-governmental arm of Israel. In 2012, Fridman cofounded and endowed the Genesis Prize, an annual $1 million award given, as the , to recognize “exceptional individuals whose values and achievements will inspire the next generation of Jews.”

“Neither Alfa Bank nor its principals, including Mikhail Fridman and Petr Aven, have or have had any contact with Mr. Trump or his organizations,” he said in a written statement. “The assertion of a special or private link is patently false.”

Many liberals, Democrats and other supporters of Democratic nominee Hillary Clinton, meanwhile, are infuriated that the FBI has remained mum about its investigation of this and other alleged Trump connections to Putin and Russia. In a letter on Sunday to FBI director James Comey, Senate Minority Leader Harry Reid contrasted this with his decision to announce the agency was reviewing fresh but very unclear information about the possible existence of new emails related to Clinton.

“In my communications with you and other top officials in the national security community, it has become clear that you possess explosive information about close ties and coordination between Donald Trump, his top advisors, and the Russian government,” Reid wrote. “The public has a right to know this information.”

Is Jewish Oligarch the Cyber Link Between Donald Trump and Russia?