The Israel Project Offers All-Male Roster of Analysts To Weigh In on U.S. Election 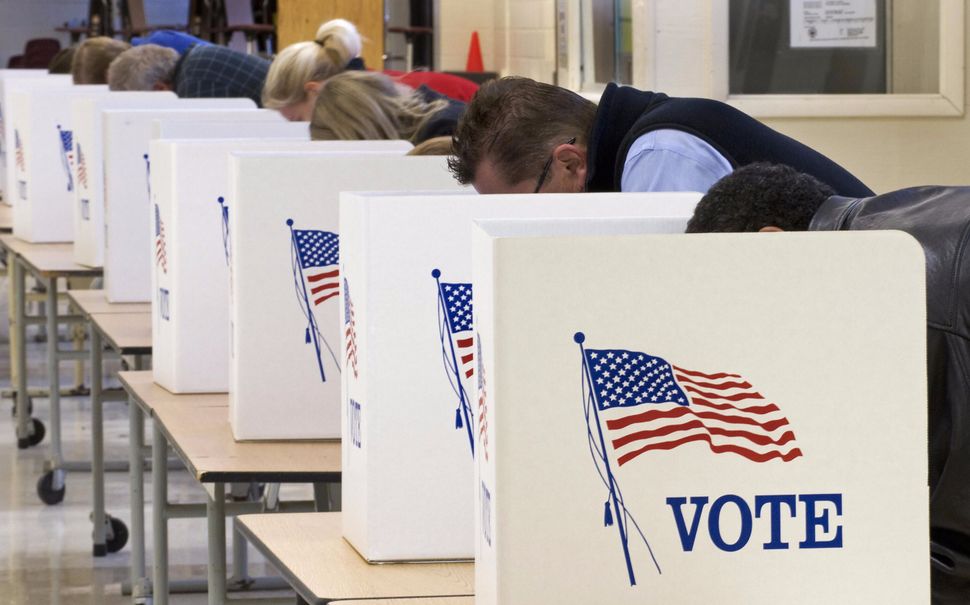 With the U.S. possibly poised to elect its first female president, an Israel advocacy group has sent journalists a list of expert commentators to interview about the election — with nary a female in sight.

Michele Chabin, a Jerusalem-based reporter and analyst who writes for USA Today and the Jewish Week, first raised the omission of women on TIP’s list on Twitter. Other reporters later followed suit on Facebook.

I just asked an organization that links journalists with experts why its list of US election experts doesn’t include a single woman. #unreal

Chabin said she reached out to TIP about the lack of women and was told that her query was passed along to the group’s Israel director, Lior Weintraub, who is also listed as one of 10 expert commentators — but got no response.

“The irony is that I was writing about the elections, the first with a woman candidate, and there wasn’t a single woman listed as an expert,” she told the Forward. “I wasn’t looking for an analysis on Clinton’s female traits, but about her experience and leadership, etcetera, and there was no female to comment on that.”

Asked about the omission, TIP insisted that the list was not a reflection of the organization’s overall attitude on women.

“We take special pride in having prominent women from academia, think tanks, as well as current and former officials, taking leading roles in TIP’s briefings, tours, conference calls and the many other activities we hold,” the group said in a statement to the Forward. “We believe that this represents not just TIP’s values, but also Israel’s multi-faceted, integrated society and reality.”

The group added that it is “working tirelessly on a daily basis in order to expand and enrich our pool of experts.”

It did not provide any female names.

TIP, a U.S. not-for-profit, was founded by former Democratic Party activist Jennifer Laszlo Mizrahi to advocate for and educate about Israel with journalists and opinion-makers.

The Israel Project Offers All-Male Roster of Analysts To Weigh In on U.S. Election