What Does Trump’s Underperformance in Israel Mean for His Chances Stateside? 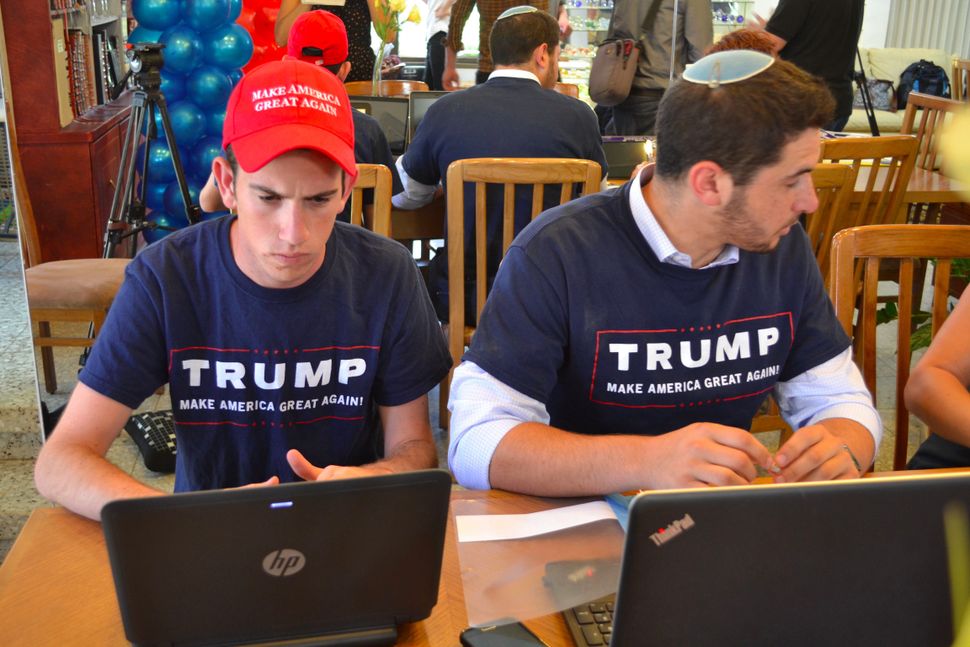 Republicans Overseas Israel promised a landslide vote for Donald Trump among Israelis with American citizenship, but exit polling last week demonstrated a much weaker showing than the campaign team predicted.

Trump’s relatively thin display among American-Israelis — a demographic that in recent years has gone solidly Republican — could portend disaster for him as voters go to the polls in the United States today.

The exit polling was conducted by Keevon Global Research for iVoteIsrael, a get-out-the-vote organization. According to Haaretz, iVoteIsrael’s methodology has been questioned for its lack of transparency about its sample figures in light of the general dearth of data on American-Israeli voting patterns. Both the Republican and Democratic campaigns in Israel questioned the results.

Shmuel Rosner, a senior fellow at the Jewish People Policy Institute, attributed the poor Republican showing among American-Israelis this year compared to elections past to fact that American-Israelis don’t fully trust or understand Trump’s position on Israel.

“I think it is the inconclusive nature of this views,” said Rosner.

As Haaretz’s Allison Kaplan Sommer noted, Trump’s Israel team waited until the end of the campaign to release a position paper, and once it did it included a disclaimer that Trump had not approved the document, but that it was assembled from positions that “have been stated, in one form or another, by Mr. Trump in various interviews or speeches given by him or on his social media accounts.”

Trump still did well among the Orthodox in Israel, with 85% of the vote. Cohen said that Trump’s success among Orthodox Israeli-Americans will likely be reflected in the United States.

“Religiosity is the most influential predictor of voting preference in America,” he said. “The results in Israel parallel those in the US.”

What Does Trump’s Underperformance in Israel Mean for His Chances Stateside?