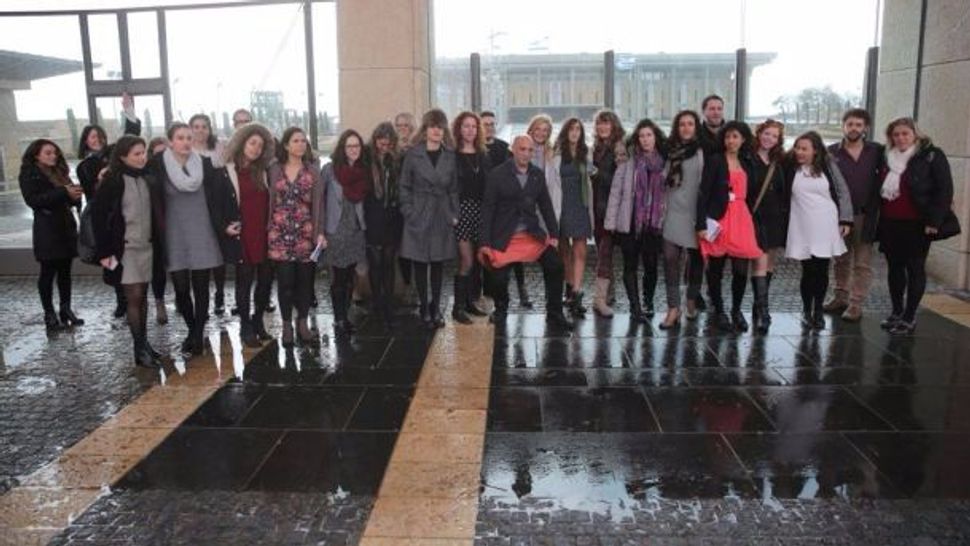 Forty female Israeli parliamentary aides and advisers showed up to work in miniskirts and black leggings on December 14 in protest of new Knesset modesty rules.

Their protest was sparked by two incidents in recent weeks when women were either turned away or delayed at the Knesset by guards because of what they were wearing.

At the Wednesday protest, 10 women were not allowed to enter the Knesset. The rest were, but stayed outside as part of the demonstration, Haaretz reported. Zionist Union lawmaker Manuel Trajtenberg stripped down to an undershirt in solidarity with the women.

Here’s video of @ManuelTraj at the miniskirt protest: You’ll all have to come in burkas! pic.twitter.com/5xtz7hUT9K

Before the mini skirt protest, the union representing the Knesset aides met with Knesset director Albert Saharovitch but the two sides failed to come to an agreement with Saharovitch maintaining the need for the new dress code to “preserve the honor of the Knesset.”