In Tel Aviv, a Neighborhood Shaped Like a Menorah 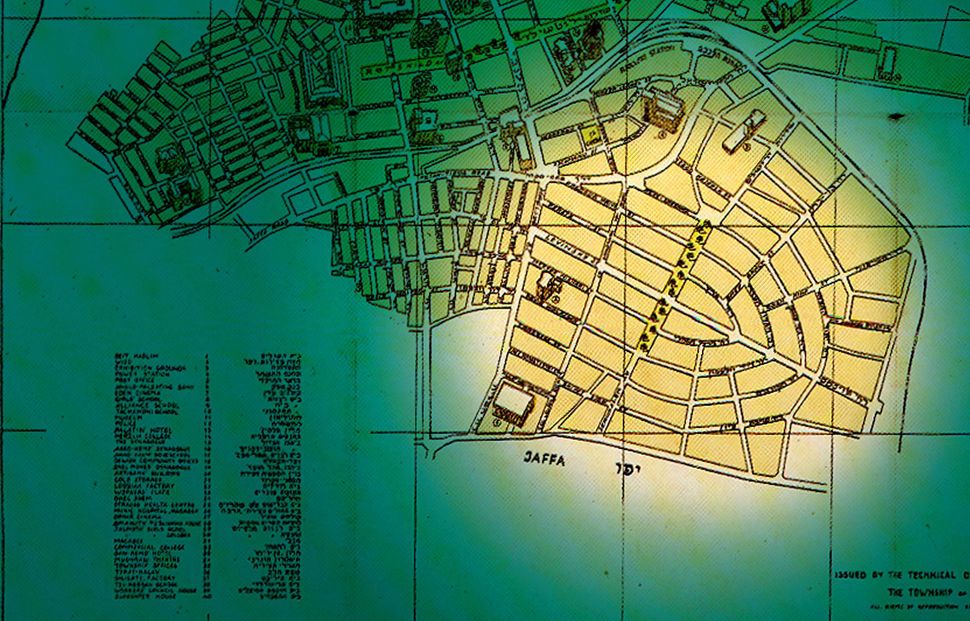 Though the Hanukkah story culminates in Jerusalem with the rededication of the Jewish temple, it’s in hedonistic Tel Aviv where one can find the biggest homage to the winter holiday — in the form of an unusual street grid.

The streets of the south Tel Aviv neighborhood Neve Sha’anan are laid out around a grid shaped like a menorah. Though the menorah is imperceptible from the street-level, it can be clearly seen from above, or by consulting Google maps. Levinsky Street, a major local artery, is the shamash or the central candle that is used to light all the others. Branching out from Levinsky are several streets on either side that curve westward to form the candelabra.

According to Yonatan Mishal, a Neve Sha’anan tour guide and amateur historian, the story of the menorah street grid began around 90 years ago, before Israel was established, when a group of Jewish immigrants living in Jaffa decided to found a new neighborhood on the outskirts of Tel Aviv.

The immigrants, mostly Sephardic Jews who hailed from Iran and Turkey, didn’t see a place for themselves in Ashkenazi Tel Aviv, so they set their sights on an area south of the city. They purchased land there from Palestinians to create a kind of urban kibbutz.

The new community consulted with urban planner David Tischler to plan the neighborhood. According to Mishal, the candelabra shape was an expression of “their connection to Judaism and the city of Tel Aviv.” The menorah was also on its way to becoming a national symbol; in 1949, it was adopted as the official emblem of the State of Israel. 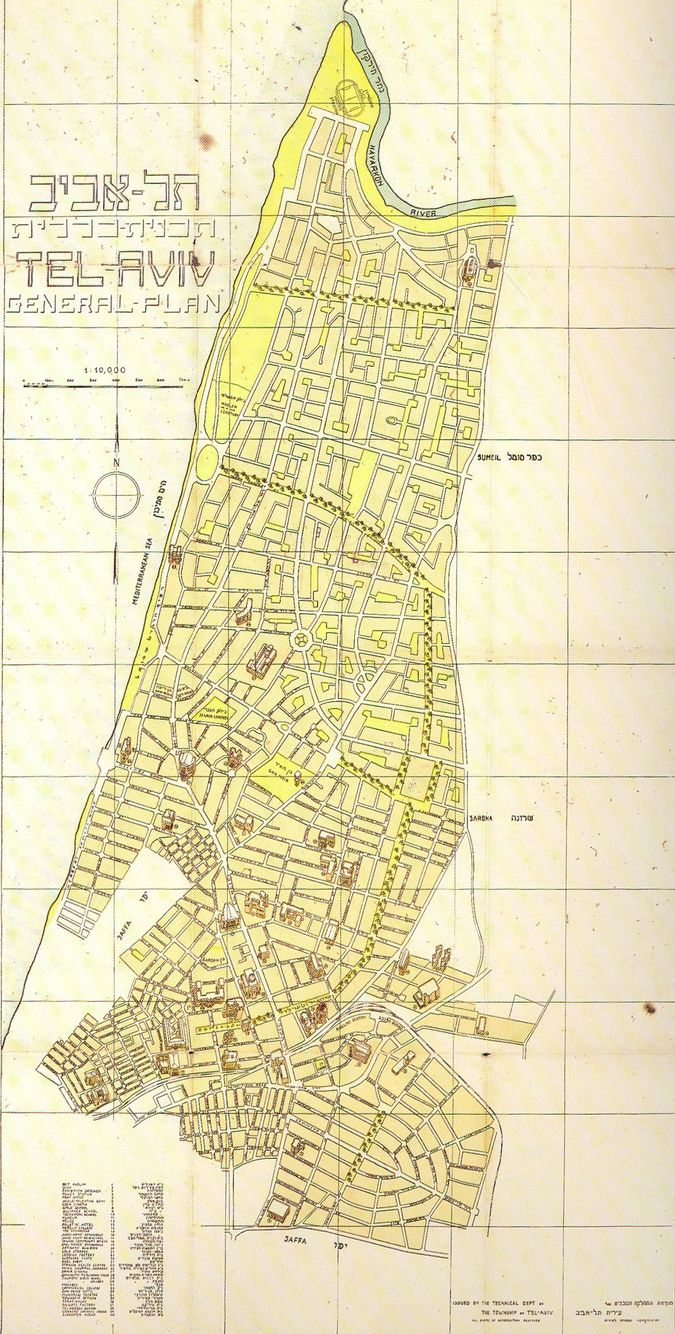 It’s unclear if Neve Sha’anan’s founders had Hanukkah in mind when they established their neighborhood. The seven-branched menorah, which was used during biblical times to light the holy Jewish temple, is a more general Jewish symbol. Hanukkah is celebrated with a special nine-branched menorah, called a hanukiah. In an early planning map, Neve Sha’anan is clearly shaped as a hanukiah, but today, the street grid is a bit disordered, and its unclear just how many branches there are.

In any case, the Neve Sha’anan street grid isn’t a perfect menorah. According to Mishal, the residents were unable to secure all the land needed to complete the neighborhood. Part of the menorah is now obscured by the Tel Aviv Central Bus Station, a hulking building considered the biggest blight in Israel.

Ironically, today Neve Sha’nan is home to many people who do not celebrate Hanukkah because they are not Jewish. Eritrean and Sudanese asylum seekers have made Levinsky Park, just off the Levinsky Street shamash (the tallest candle on the hanukiah) into a buzzing community hub. Filipino foreign workers go to church and shop for groceries at Asian supermarkets in the alleys nearby. All along Levinsky Street, shops advertise Eritrean clothing, wire transfer services for foreign currency and in December, Christmas trees and Santa hats.

Neve Sha’anan’s early residents laid out their streets with a Jewish symbol to mark a new space where they would feel at home, away from the bustle and what they saw as the exclusivity of central Tel Aviv. The new residents of the neighborhood probably wouldn’t recognize the menorah symbol, but they might identify with its message: that in this corner of the city, there is room to be different.

In Tel Aviv, a Neighborhood Shaped Like a Menorah