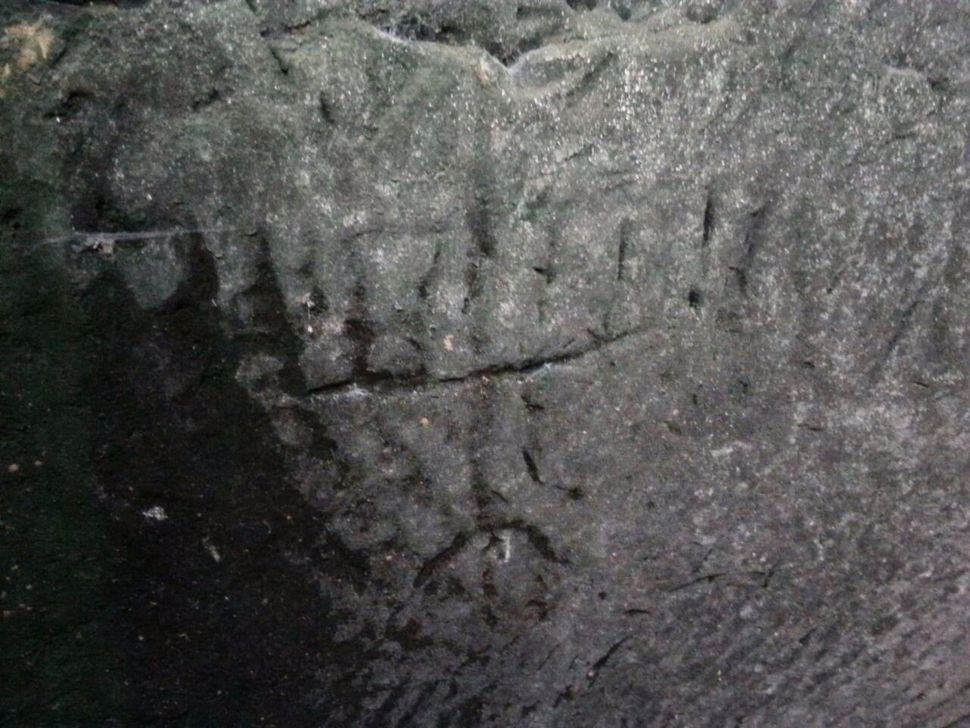 Israeli hikers discovered an ancient carving of a menorah and a cross in a water cistern made of chalk bedrock last week in the Judean foothills.

Mickey Barkal, Sefi Givoni and Ido Meroz, members of the Israeli Caving Club, made the discovery over a weekend Hanukkah hike and reported it to the Israeli Antiquities Authority.

According to the Antiquities Authority, the menorah depicts the seven-branch candelabra that stood during the Second Temple period, from 530 BCE to 70 C.E.

Next to the menorah was an engraving of a cross and another engraving of what appeared to be a key. Next to the cistern were dozens of alcoves for doves, which were used as a sacrifice in the Temple.

Sa’ar Ganor, an archaeologist with the Antiquities Authority in the Ashkelon region, said that the menorah was likely carved into the cistern wall by inhabitants of the Jewish settlement during the Second Temple period. The cross might have been etched later in the Byzantine period.

He called it an “exciting discovery” that adds to research on the Second Temple settlements. The Israel Antiquities Authority has not released the exact location of the cistern.

There have been only two other menorah engravings discovered in the Judean foothills: one on an oil press and another in a burial complex.