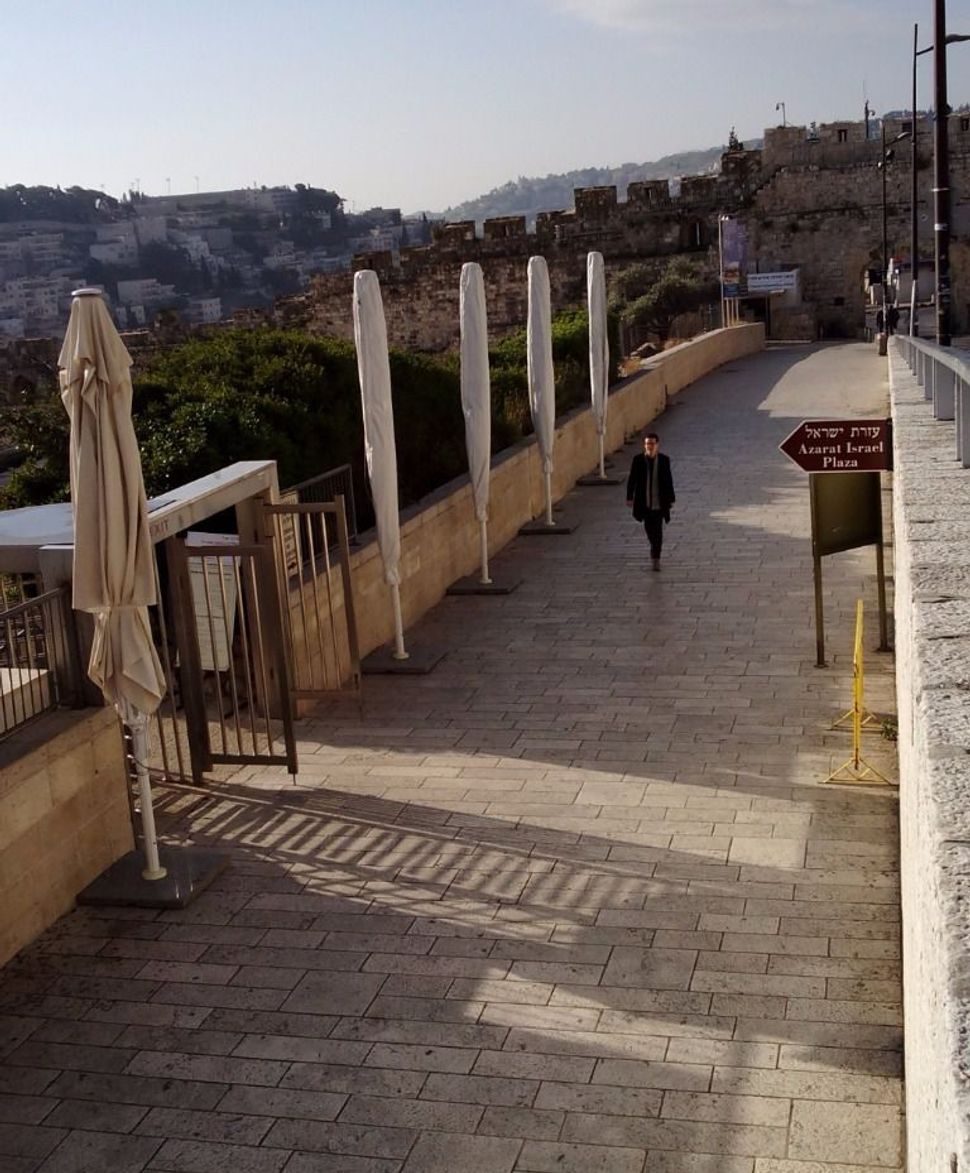 Men and women who want to pray together at one of the holiest sites in Judaism could have trouble finding the one spot where that is allowed, now that Jerusalem officials removed a sign marking a small egalitarian platform south of the traditional Western Wall.

The East Jerusalem Development Authority took down a sign for the Azarat Yisrael prayer space in the area known as Robinson’s Arch after a complaint to the Jerusalem municipality that it was erected without proper permit. According to reports, the complaint originated with Btzedek, an Orthodox group against mixed prayer at the Western Wall.

The sign removal is the latest salvo in the Orthodox battle against pluralistic prayer at the Western Wall. It also marks a dispiriting anniversary for the liberal Jewish groups who were promised a fully operational egalitarian prayer space at Robinson’s Arch just over a year ago by the Israeli government. The government has delayed the plan amid protest from the ultra-Orthodox.

“I think it’s a metaphor for the entire saga,” Yizhar Hess, the head of the Conservative movement in Israel, said of the sign’s removal.

Frustrated by government inaction, liberal Jewish groups are now looking to the Israeli High Court to implement the plan. Non-Orthodox denominations and Women of the Wall have filed a petition with the High Court to demand that the government build the egalitarian plaza or redivide the Western Wall to accommodate mixed prayer. The government has until February 1 to respond to the petition.

Women of the Wall founder Anat Hoffman said that the group was observing the “yahrzeit”, or death anniversary, of the Western Wall agreement by “turning to another arm of the government” in its High Court petition.

The group has also begun a social media campaign directed at Israel’s ambassador to the United States Ron Dermer and Israeli Prime Minister Benjamin Netanyahu asking them to “count in” liberal Jews by making room for them at the Western Wall.

Hoffman said that removal of the sign “helps” Women of the Wall’s cause because it will make it difficult for the government to argue that it had already created an egalitarian platform at the site.

The sign pointed to a simple platform erected in 2013 by Naftali Bennett, then Minister of Diaspora and Jerusalem Affairs, as a temporary structure to appease liberal Jewish groups that were agitating for equal prayer rights at the Western Wall. The site was used by some 50,000 worshippers last year, said Hess.

Under the government’s January 2016 plan, the Robinson’s Arch platform would be significantly expanded, with a shared entrance that would lead to both the egalitarian and Orthodox sections in order to give visitors a clear option between the two. The site would also include non-Orthodox governance.