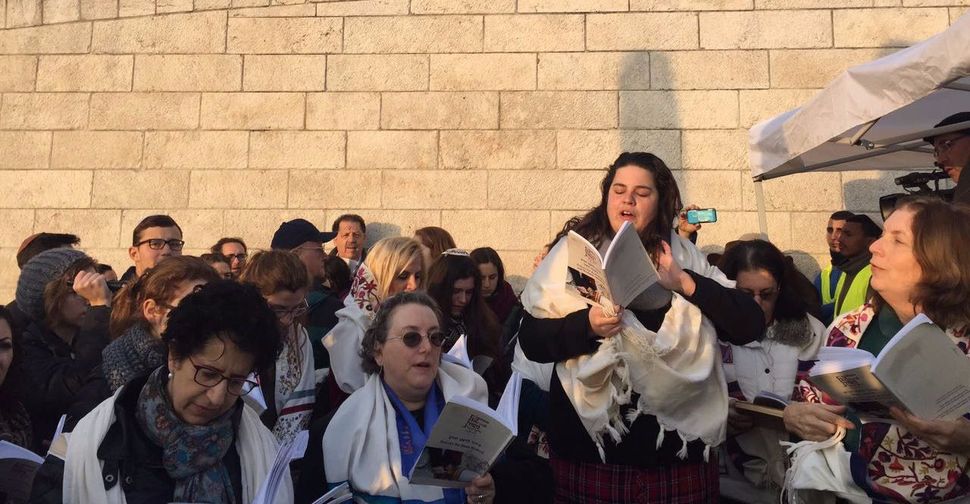 Member of feminist prayer group Women of the Wall and their supporters were asked to submit to body searches at the Western Wall Jewish holy site on Thursday morning, in apparent violation of a recent Israeli High Court order against such searches.

According to the group’s director, Lesley Sachs, about 50 men and 20 women arrived at the Western Wall when they were asked by ushers at the site to open their coats. The group refused and instead prayed outside the security checkpoint in protest. 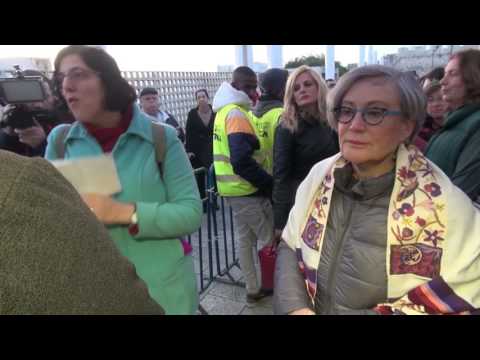 The group was made up of members of Women of the Wall and also American rabbis on a trip to Israel with the Central Conference of American Rabbis.

Anat Hoffman, the Women of the Wall founder, told Haaretz that the group intends to lodge a complaint to the Justice Ministry for violating the High Court ruling against body searches. Hoffman said the group had been carrying Torah scrolls when it was stopped at the security checkpoint.

Ushers at the Western Wall have used body searches to determine whether members of Women of the Wall smuggled in Jewish prayer scrolls in violation of the site’s rules. The body searches were ordered by Rabbi Shmuel Rabinowitz, the site’s custodian, said Haaretz.

“This fact—that Jewish women who want to pray from a Torah scroll at the Western Wall are aggressively denied the right by a rabbi on the public payroll—should outrage the entire world,” Sachs said of Rabinowitz in a statement.

In addition to its order against body searches, the High Court said that women should be able to pray with Torah scrolls at the Western Wall. The court gave the site’s administrators and state agencies 30 days to explain why women cannot pray as they choose at the Jewish holy site.

The High Court’s order was in response to a petition brought by a group known as Original Women of the Wall, which is pushing for equal prayer rights for men and women at the Western Wall. That group split from Hoffman’s group, Women of the Wall, after Women of the Wall backed the creation of an egalitarian prayer space in an area known as Robinson’s Arch.

The government agreed to create the egalitarian prayer space at Robinson’s Arch a year ago, but has delayed its implementation amid protest from the ultra-Orthodox. Women of the Wall has continued its prayer services at the traditional Western Wall.