Marijuana In Israel Gets A Push From The Right 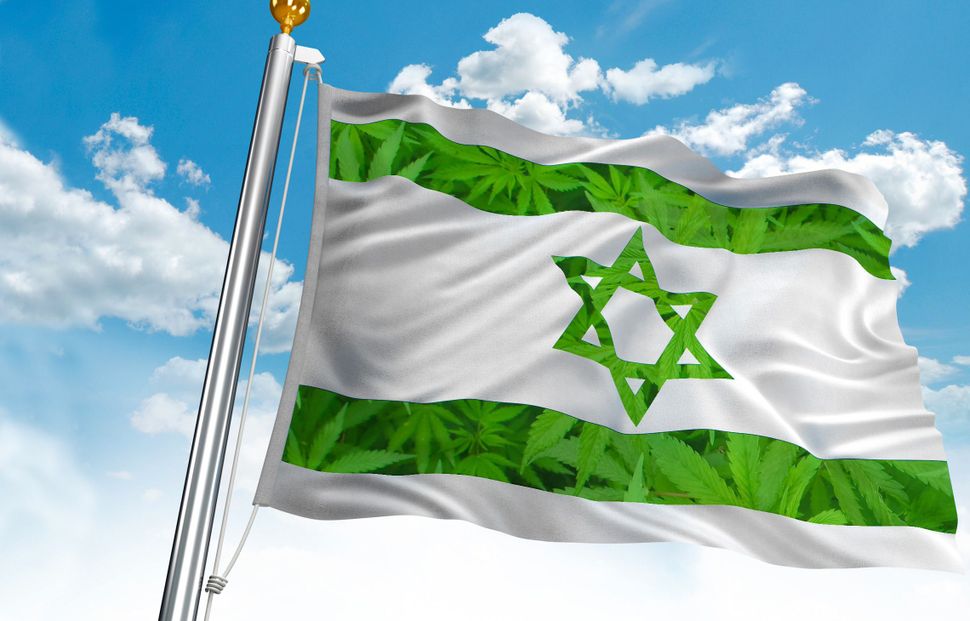 In Israel, one of the leading countries in marijuana research, a push to decriminalize the drug is picking up steam, and the usual suspect are not leading it. Instead, political hawks and skullcap-wearing businessmen have taken on a cause that was once the domain of the peace camp.

“It is an issue of citizens’ rights,” said Sharren Haskel, who at 32 is the youngest Knesset member in the Likud party. Haskel is proposing a bill to downgrade marijuana possession and use from a criminal offense to an administrative offense. Under her bill, anyone caught with the herb in private would be subject to a 300 shekel fine ($81), while carrying and using in public would be subject to a 1,500 shekel fine ($405).

Hers is the latest salvo in an ongoing push to legalize the drug. Israel just gave initial approval to exporting medical marijuana. Medical marijuana is legal in Israel with a prescription. Still, recreational use is illegal, and getting caught smoking can result in steep fines, jail time and a criminal history.

Haskel said she became interested in decriminalizing pot when several Israelis who use medicinal marijuana explained the onerous hurdles they face in obtaining the drug.

“The more I saw how incredible this medicine works on certain people the more I said I cannot ignore that,” Haskel said. “If I am a parliament member and I know I can assist citizens in living a normal life, it’s my duty and obligation.”

Haskel has recruited a broad coalition to support her bill, including lawmakers from the nationalist Jewish Home and the Joint Arab List.

They are building on support from the upper echelons of government. 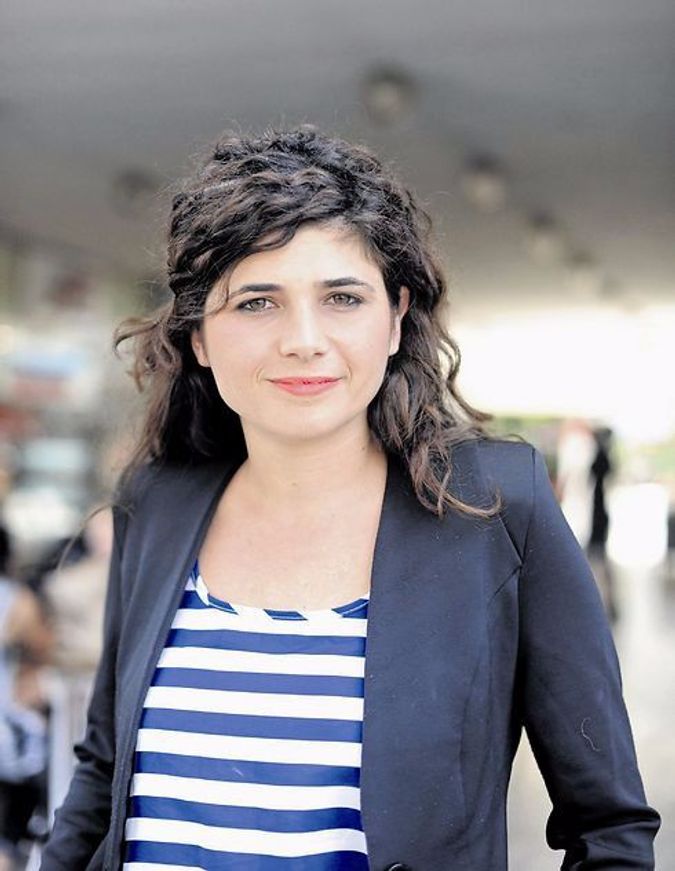 In January, Public Security Minister Gilad Erdan, also of the Likud party, announced a new policy to tackle marijuana use with education and administrative fines instead of criminal prosecution for those caught carrying less than 15 grams.

The journey of marijuana in Israel from a fringe issue on the left to a near-consensus cause championed by the right starts with a Bulgarian-born organic chemist Raphael Mechoulam. In the 1960s, a sympathetic Israeli police officer slipped Mechoulam confiscated Lebanese hashish for his research. Mechoulam became first person to isolate and synthesize THC, the plant’s main psychoactive ingredient, and went on to establish Israel as a world leader in medical marijuana research.

Israeli research has thrived as the United States has lagged behind, stymied by the 1970 classification of marijuana as a Schedule 1 “narcotic.” Until last year, scientists who wanted to study marijuana had to have a special dispensation from the Drug Enforcement Agency.

“[Marijuana] was considered to be hippy stuff, for stoners or leftists, or peaceful people,” said Lebovitch, who also runs Cannabis Magazine, a Hebrew-language publication with marijuana news and recipes, like pot-laced hummus. “Really the first representatives who dared to speak about it publicly were from the left side.”

That changed when Moshe Feiglin, then a far-right lawmaker with Likud, came out swinging for medical cannabis use in 2013. Feiglin was known for advocating more Jewish control of the West Bank and the Temple Mount in Jerusalem. He was less known for his wife’s Parkinson’s. She used cannabis to alleviate her symptoms. Feiglin proposed to allow any doctor to prescribe medical cannabis, and said he eventually supports full legalization.

Today, any specialist can prescribe medical marijuana, but a regulator with the Health Ministry has to approve the prescription. According to Saul Kaye of Israel Cannabis, Israeli doctors are being trained in cannabis medicine in order to do away with regulatory approval.

When Feiglin “came out of the closet” on marijuana, Lebovitch said, “that changed the whole view for the public who saw it as a right-wing issue as well as a left-wing issue.”

In addition to Feiglin, Yaakov Litzman, the ultra-Orthodox minister of health, has also taken an open stance on marijuana. He said he would approve of its export so long as the profits went to the Health Ministry.

“It’s a breaking down of images and stereotypes” of the typical pro-marijuana politician, Schneider said.

Still, Schneider doesn’t see the Israeli religious right taking up marijuana as a major political priority anytime soon. Rather, individual politicians are likely acting out of their personal beliefs, not currying favor with their base.

Religious Jews in Israel are also leading the business side of medical marijuana. Kaye, a Modern Orthodox pharmacist from Australia, founded Israel Cannabis to build out the medical marijuana industry in Israel. Israel Cannabis is located at SUBS, a startup hub with an open floor plan and a pool table in the majority-Orthodox city of Beit Shemesh. Kaye also founded the now-annual CannaTech Conference in Israel, which draws entrepreneurs and investors from around the world.

Kaye said marijuana does not carry the same stigma in Judaism as it might in other religions — in fact, rabbis have argued that medical marijuana is kosher under Jewish law. Kaye said he runs into other skullcap-wearing cannabis entrepreneurs at conferences around the world. “There is a very, very Jewish presence,” he said, chalking it up to the fact that Jews like to be in “riskier areas that have higher returns.” 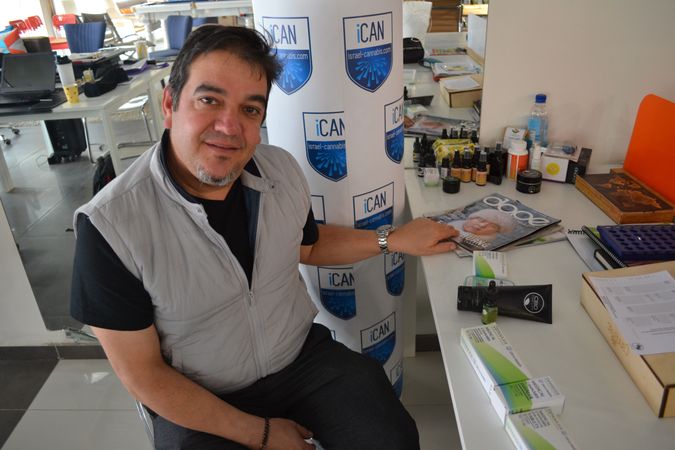 Medical marijuana in Israel is about to become much more lucrative, as a government committee gave initial approval for exporting cannabis earlier in February. The approval will likely take months to get through the Knesset.

In the past, Israeli lawmakers shied away from approving medical marijuana export for public relations reasons, to avoid being seen as the country that sends its weapons and drugs overseas, Kaye said. But the financial potential trumped image concerns. According to Kaye, Israel will likely reap $1 billion in the next two years.

Haskel says the effort to decriminalize marijuana brings Israel up to date with the global community.

“This is a process that is happening through the entire world,” Haskel said. “It doesn’t matter what is your political agenda.”

Marijuana In Israel Gets A Push From The Right