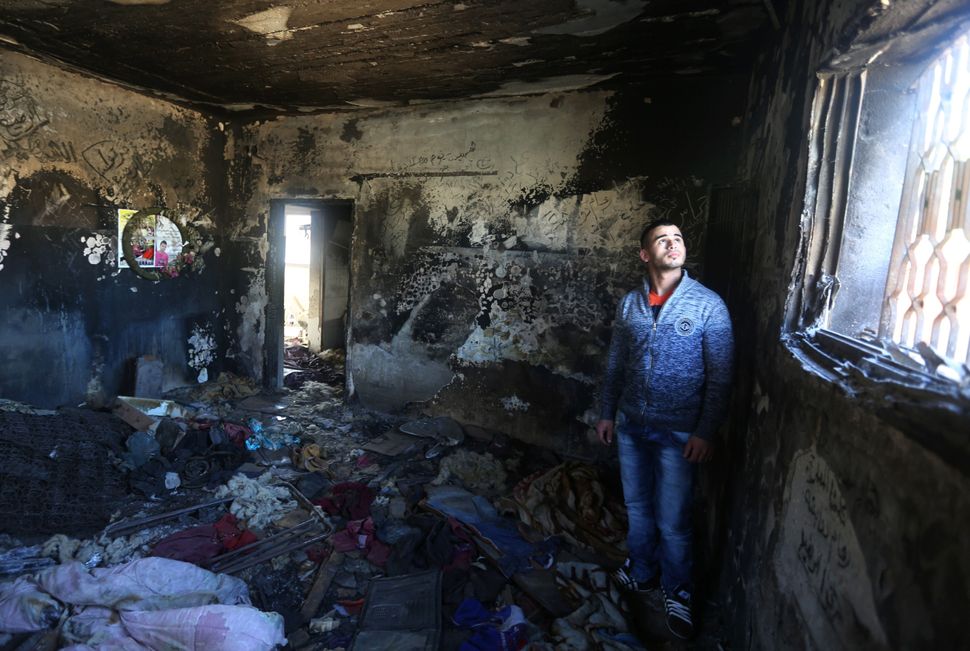 At the White House on Wednesday, President Trump admonished Palestinian Prime Minister Mahmoud Abbas to “resolve” the issue of paying the families of Palestinian terrorists to show that he is serious about peace.

But Palestinians might not be the only ones making controversial payments to violent offenders in their midst. Now, a liberal American Jewish group has asked the IRS to investigate American funding of Honenu, an Israeli group that reportedly pays Jewish terrorists.

“As Americans, we should not allow donations subsidized by our tax dollars to support convicted terrorists,” said Jill Jacobs, executive director of T’ruah. “As Jews, we must reject any attempt to justify terrorist violence carried out in our name or in the name of the State of Israel.”

The IRS would not confirm or deny whether it was looking into the Central Fund Of Israel, “due to federal disclosure laws and regulations,” an IRS spokesperson told the Forward.

Jay Marcus, head of the Central Fund Of Israel, said he had not heard from the IRS following the Channel 10 report. He accused T’ruah of trying to “harm” his organization.

In 2015, T’ruah filed a complaint with the New York State Attorney General’s office, asking it to investigate both Honenu and the Central Fund Of Israel for supporting Jewish terrorists. A press secretary there said that the office referred the complaint to the IRS.

Around the same time, T’ruah also had asked the IRS to look into the matter, which it did last year after reports of Honenu’s controversial payments appeared in Haaretz. Marcus told the Forward that the IRS was “totally satisfied” with its audit of his group.

According to Marcus, the Central Fund Of Israel temporarily stopped funding Honenu over the issue of payments to terrorists last year, reinstating it only when it received written documentation from Honenu that it had terminated its controversial support for Jewish killers.

Asked whether he would again halt funding to Honenu after the Channel 10 report, Marcus said he didn’t believe the television investigation, accusing the Israeli media of trying to “perpetuate a scandal.”

“I discount it totally,” he said.

Yet he said when he is next in Israel, in two weeks, he would ask Honenu about whether it had reinstated the funding.

In response to an inquiry from the Forward, Honenu called the Channel 10 report “fake news.”

“Honenu acts in a professional manner and upholds the highest standards of the law,” the group said in a statement that also called the documentation of the terrorist payments “wrongly described.” The group did not elaborate on how.

Marcus maintains that the Central Fund Of Israel’s support to Honenu goes to the group’s legal aid department and not to terrorists.

Honenu has provided legal aid to several people involved in “price tag” attacks against Palestinians, including Amiram Ben-Uliel, who was indicted for the terrorist attack in the Palestinian town of Duma that killed three members of the same family.

Though Marcus said his group’s money never went to the controversial payments, he said he urged Honenu to stop them because “it doesn’t look good.” He characterized the funding to terrorists as a social safety net to take care of their families when they were in prison.

Marcus rejected the notion that Honenu is doing the same thing by giving payments to Jewish terrorists.

“It is totally the opposite of what the PLO does,” he said. “It was a program because [Honenu] came upon these needy kids and they were helping them and whatever. They weren’t giving salaries to terrorists. There is a big difference.”

But Jacobs said that the parallel was clear: “Just as we criticize the P.A. for its financial support for those convicted of terrorism against Israelis, and just as the U.S. prevents its foreign aid funds from supporting this activity, we should ensure that U.S. tax-exempt money does not support those who lynched a Palestinian teenager, burned a family in their home or opened fire on Palestinians at a bus stop,” she said, referring in the last case to the convicted murderer Ami Popper, whose family has received Honenu’s support.