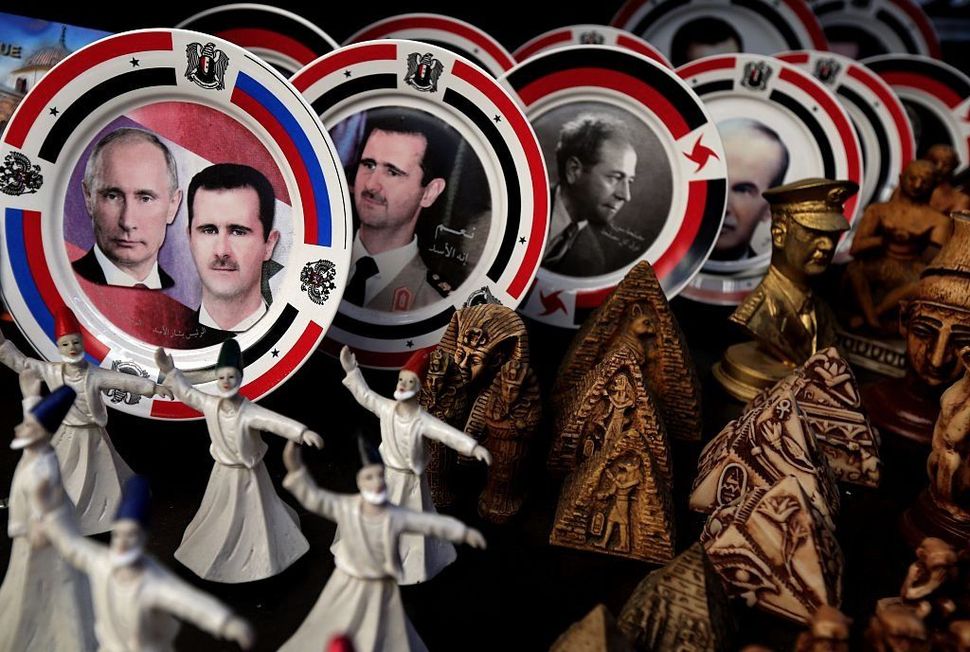 Earlier this month, Russia, Iran and Turkey agreed in Astana, Kazakhstan, to establish four no-fly or “safe” zones in the parts of western Syria that they and the Assad regime control. In so doing, Moscow demonstrated that in Syria it has a comprehensive military-political strategy. At one and the same time it can be creative, brutal (for example, bombing hospitals) and — if the zones prove to be really safe — seemingly humanitarian. This time it is “creating facts” together with Iran in southwest Syria in an area bordering both Jordan and Israel’s Golan Heights.

The Russian military in Syria maintains constant and friendly contact with the Israel Defense Forces, particularly regarding aerial activity. Russia says it informed both Israel and the United States about its latest no-fly move, which creates safe zones in northwest Syria and near Damascus as well as adjacent to Israel. Yet from the little we know, there is cause for concern regarding Israel’s security interest across the Golan border.

The Russian Defense Ministry says the safe zones (also termed “de-conflict areas” and “no-fly zones”) provide no immunity to Islamic State and AlQaeda forces; they will still be targeted. More moderate opposition forces — the kind actively supported by the US and tolerated by Israel on the Syrian Golan, where they number about 15,000 — will not be targeted on the ground or by Syrian and Russian air strikes. Humanitarian aid will now be able to reach the besieged 800,000 Syrian residents in the southwest zone. Infrastructure and water facilities can be repaired.

In the coming weeks, the Russians, Iranians and Turks will delineate the precise borders of the zones. The Russians will promote truces and trust-building measures; to this end they have long deployed in Syria, as part of an impressive military-political strategy, a “Center for Reconciliation of Opposing Sides in the Syrian Arab Republic” The Russians claim already to have arranged over a thousand local truces throughout Syria. Critics argue these are little more than instances in which brutal pressure to surrender has been applied to the Assad regime’s decimated opponents.

From Israel’s standpoint, questions arise. Will the Iranians — or Iranian proxies like Hezbollah — patrol the area, thereby almost certainly advancing Iran’s aggressive aims against Israel? Can Israel demand that Russia remove them? The State Department noted that it has “concerns” about Iran’s upcoming role: does this mean Israel can ask Washington to intervene?

And in the air, will Israel remain free to overfly the zone on its way to interdict Syrian-Iranian weapons shipments to Hezbollah in Lebanon? If Russia and Syria intend to continue attacking the more extreme Islamists in southern Syria, are they not likely to attack the moderate opposition there as well, just as they have done throughout the country for the past year and half? 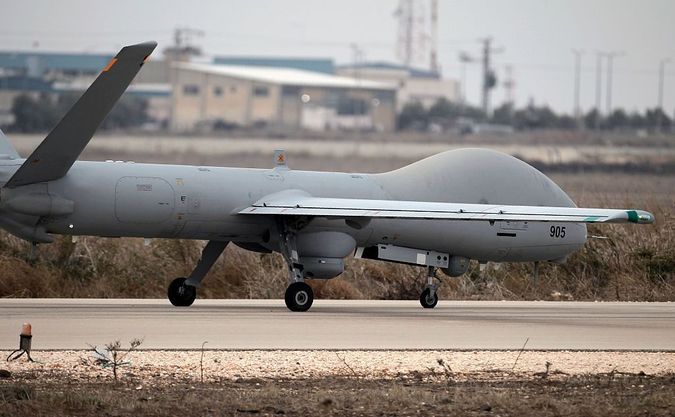 An Israeli Hermes 900 unmanned plane gets ready to fly near Israeli-Syrian border, on November 29, 2016 in the Israeli-annexed Golan Heights. Image by Getty Images

On the other hand, if humanitarian assistance can now reach the southern safe zone, Israel may be relieved of the need to provide emergency medical assistance to Syrians at the border and in its hospitals (in recent years it has treated well over 1,000 Syrian wounded belligerents and civilians). And hundreds of thousands of Syrian refugees in Jordan may be able to return to their homes, or what is left of them.

Meanwhile, Syria says it wants only Russian military police in the zones. No Iranians or Turks. That makes sense for Israel too: the Iranians are enemies and the Turks hardly steadfast friends. It looks like for once Jerusalem and Damascus can agree on something.

The Russian safe-zone initiative bears potentially far-reaching consequences for the US as well. In recent months, the US military effort to defeat ISIS at its eastern Syrian base in Raqqa, which includes arming Syria’s Kurds, has been hampered by Turkish-Kurdish friction. The internal-Turkish crackdown on democracy and human rights by President Recep Tayyip Erdogan hasn’t helped matters. By making Turkey a full partner in its new scheme, Moscow is signaling to Washington that it is able to co-opt a disgruntled NATO partner; Turkey’s domestic abuses and anti-Kurdish policies don’t interest the Russians.

Lest we forget, Turkey initially proposed the safe-zones as a means of stanching the Syrian refugee flow northward. The Obama administration labeled the idea impractical; it feared the zones would require a US troop presence. During his presidential campaign, Donald Trump endorsed a “big, beautiful safe zone,” and in March Secretary of State Tillerson suggested “interim zones of stability.” The problem has consistently been who would write the rules for the zones and police them. Now Russia intends to resolve this dilemma.

The strategic upshot is that Russia has tightened its control over Syria’s urban and coastal centers: “Useful Syria.” Russia and the US are talking and loosely coordinating their Syria moves for the first time since the US punitive strike against the Syrian Air Force’s Shayrat base on April 7. But the US has agreed to be barely an observer of the Russian-Iranian creeping takeover. The Russian scheme is on track to get United Nations approval as well.

Israel is apparently about to witness just across its northeast border with Syria a significant expansion of Russian-Iranian-Turkish strategic influence. This will also affect Jordan, Israel’s tacit ally against ISIS and Iran. This could turn out to be a major strategic shift in the Syria conflict that is far from beneficial for Israel. Until now, Israel has avoided direct involvement in the conflict. Might Israel (and Jordan) yet regret not having staked out its own military presence in anarchic southwest Syria?

Yossi Alpher served in the Mossad and as director of Tel Aviv University’s Jaffee Center For Strategic Studies. He is the author of “Periphery: Israel’s Search for Middle East Allies.”