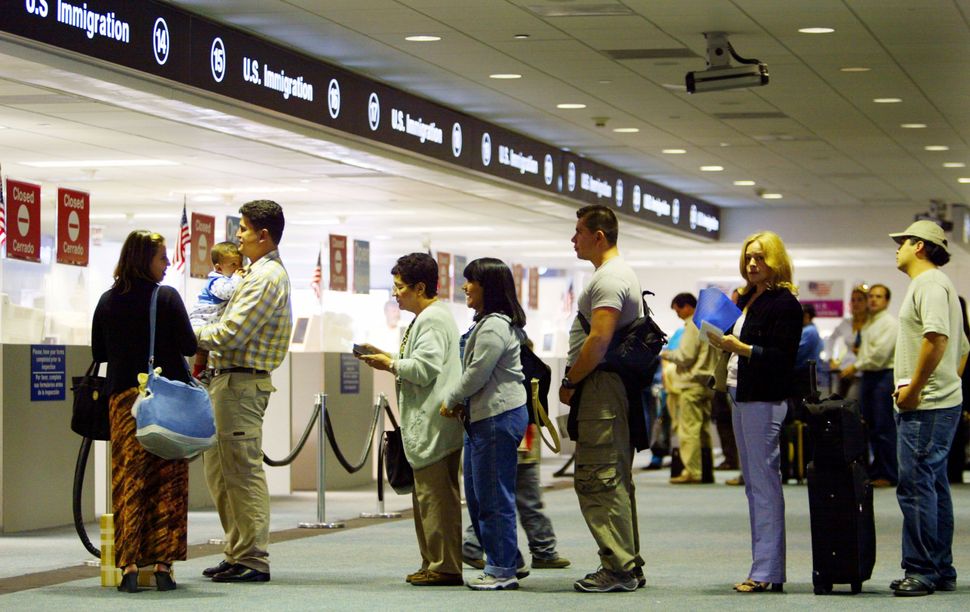 Israel’s longtime dream of its citizens visiting America without visas seemed near fruition Monday, after an announcement from Ayelet Shaked, Israel’s Minister of Justice.

But U.S. and Israeli officials on Tuesday bluntly poured cold water on Shaked’s suggestion that success was close—and part of the reason is U.S. objections to Israel’s unequal treatment of Muslim American citizens.

For Israel, the right to enter the United States without a visa, just as states like Australia, Japan and countries of the European Union already do, is more than a practicality; it would be a symbol of Israel’s platinum membership in the club of countries often referred to as “the West.”

A tweet Shaked sent out on November 13 took due note of this aspiration.

“Since I took up my post,” she wrote, “we have been working with the Americans on joining the select group of countries whose citizens are exempt from obtaining an entry visa for the US.” Now, finally, she added, “We have found the balance between protecting the privacy of Israeli citizens and US requirements.”

According to the Israeli news outlet Globes, which first reported on Shaked’s tweet, follow-up interviews with officials of the U.S. State Department and with other Israeli officials quickly contradicted Shaked’s claim.

“The visa waiver program poses very strict requirements,” a State Department spokesperson told the newspaper, adding, “Israel does not meet all the requirements at this stage.”

The spokesperson cited no time frame for concluding ongoing negotiations. And an unnamed official involved in the negotiations told Globes, “A great deal of work is left to be done.”

Among the outstanding unresolved issues is Israel’s treatment of Arab and Muslim U.S. citizens when they visit Israel.

The State Department’s visa waiver program requires reciprocity by the other country involved; that means, if Israeli citizens are to enter America without needing visas, U.S. citizens must be able to do the same when visiting Israel.

The problem is, as the State Department spokesperson explained, that Washington continues to be concerned, “about the unequal treatments given to U.S. Muslims” at entry points into Israel and at checkpoints in the Israeli occupied West Bank. “The U.S. administration requires that every U.S. citizen receive the same treatment upon arrival in foreign countries and benefit from unrestricted freedom of movement, regardless of their ethnic affiliation and country of origin,” she said.

Israel cites security needs as justification for what would be considered ethnic profiling in the United States. And the roadblocks caused by the two countries’ different systems remain unresolved.

That is not the only hurdle the two sides must overcome. The United States also requires that new countries applying to the visa waiver program have a current visa rejection rate of no more than 3%—and Israelis are rejected for U.S. visas at a higher rate. Individuals entering America without a visa must also allow immigration officials to enter biometric data on them into their system—a requirement Israel has been resisting.