For American Jews, Tears Of Joy Vie With Protests As Jerusalem Embassy Opens 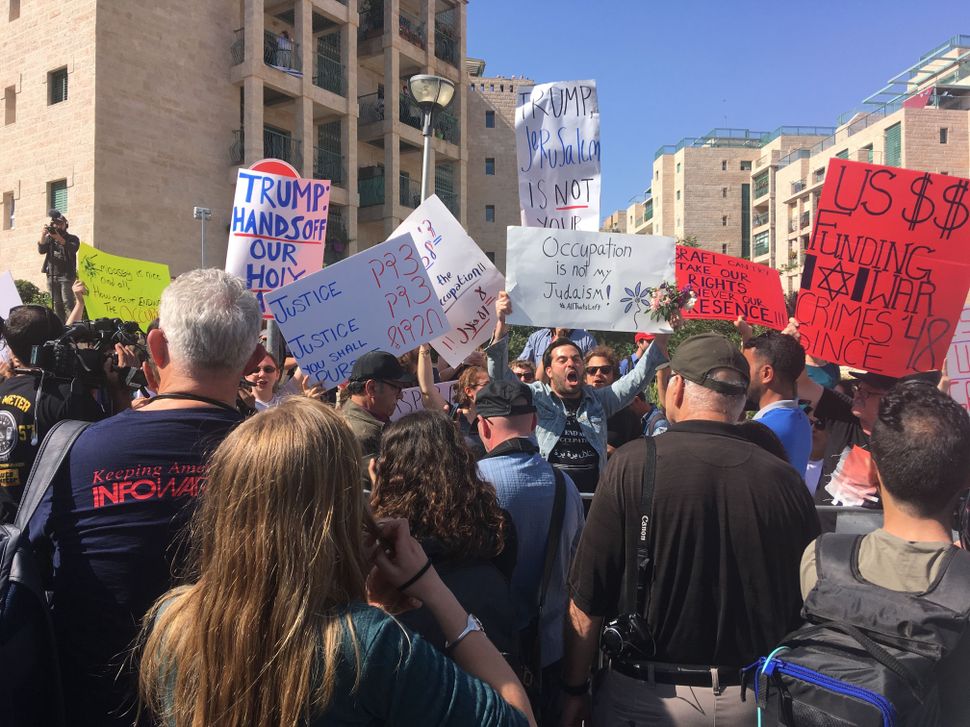 A guest at Monday’s opening of the new U.S. embassy in Jerusalem, Uri Pilichowski was moved to tears at what he called a “tremendous moment” for the Jewish people. Half a block away at a protest, Eliana Fishman called the embassy relocation “unacceptable.”

Pilichowski and Fishman are both American Jews — but that’s where their similarities end. Pilichowski, 41, became an Israeli citizen four years ago and now lives in a West Bank settlement. Fishman, 29, was visiting Israel from New York. She held a sign: “Diaspora Jews say no to the occupation.”

Much has been made of the left-right political divide between American Jews and Israelis. But in this intensely politicized era, American Jewry is fractured, too. While most American Jews are Democrats, the right wing minority has gained an outsized voice in the Trump era, scrambling the traditional power dynamics between the two groups.

On the day of the embassy move, those American Jewish fractures were on vivid display not only in the United States but in Israel, where American Jews — including the day’s major players like Jared Kushner, Ivanka Trump, and U.S. Ambassador David Friedman — talked past each other on the same Jerusalem street.

To be sure, most of the Americans and American-Israelis who flocked to the holy city were there to celebrate the relocation of the U.S. embassy from Tel Aviv to Jerusalem. “This is a great simcha,” said Daniel Landau, a 26-year-old New Yorker who immigrated to Israel just three months ago.

Pilichowski, who trains students to advocate for Israel, said he anticipated the embassy event to be a “big party,” but he was unexpectedly moved by the unveiling which brought to mind “all the people who have died for this city and dreamed of this city.” 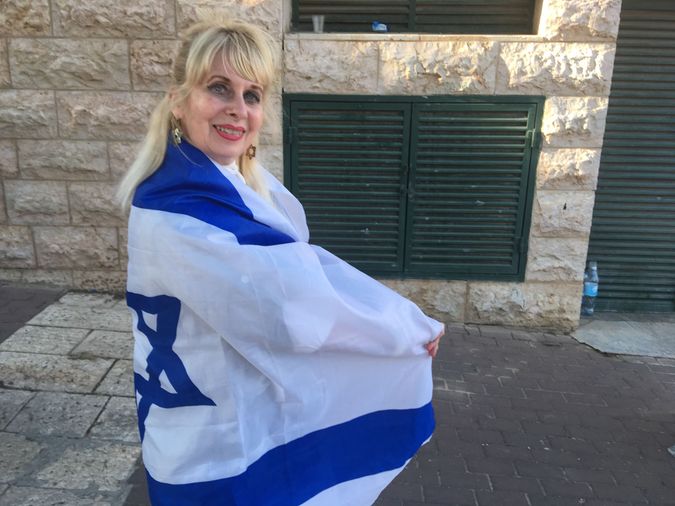 American-Israeli Miriam Gabay near the new Jerusalem embassy. She hailed President Trump as the only president with enough “chutzpa” to move the embassy. Image by Naomi Zeveloff

“As I am watching the world’s most powerful person and the most powerful country recognize Jerusalem as Israel’s eternal capital — how could I not be choked up by that?” he said. “How could you not recognize the historical moment we are living in?”

But those American Jews protesting outside of the new Jerusalem embassy saw it as a historic mistake. The demonstration, which drew about 100 people according to its organizers, was planned by All That’s Left: Anti-Occupation Collective, a group mostly made up of diaspora Jews in Israel.

The group announced itself with the beat of drums, marching into an open courtyard between apartment buildings down the block from the new embassy. “Hey, hey, ho, ho, this embassy has got to go,” they chanted. “Trump and Bibi go to jail. Peace and justice will prevail.” Protesters carried signs that read, “The occupation is not my Judaism,” “Trump: Hands off our holy places,” and “Kvetch. Organize. Repeat.”

The protesters also sought to draw attention to the events unfolding on the Gaza border. Sixty miles from Jerusalem, Israeli forces used live fire to kill dozens of Palestinian demonstrators who sought to breach the fence of the blockaded territory in a mass protest supported by the terror group Hamas.

Fishman listed off her Jewish bona fides as she explained her reason for protesting. “I went to Orthodox day schools for 13 years and I went to Jewish summer camps. I am a member of a synagogue. I am a very active Jew. I am an observant Jew, and I can’t stomach the American Jewish community supporting any of this.”

The protest eventually melded with a Palestinian demonstration, which was attended by Knesset Members Ayman Odeh and Ahmad Tibi of the Joint List, a consortium of Arab parties. Israeli security forces grabbed Palestinian flags out of the protesters’ hands, and as scuffles broke out dragged several Palestinian protesters away. A few Israelis living in the apartments above the square sprayed the protesters with water from garden hoses. 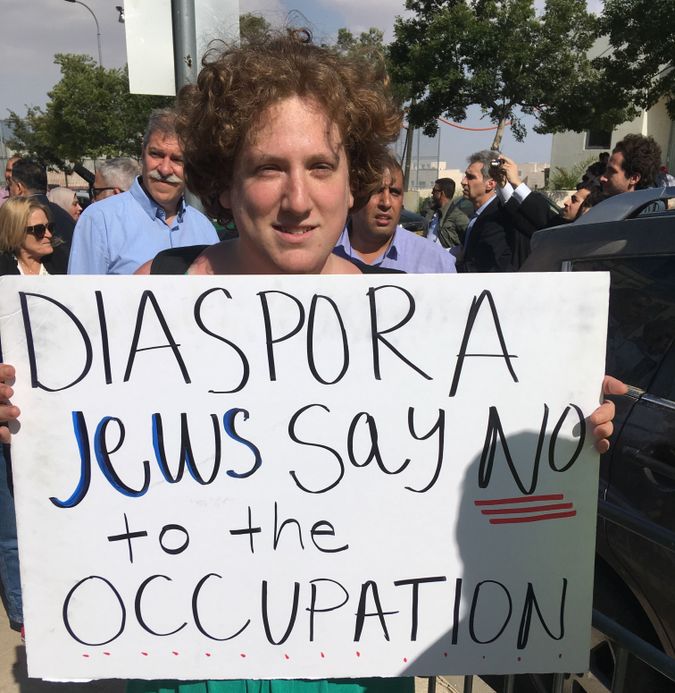 Eliana Fishman, a protester at the All That’s Left march in protest of the new U.S. embassy in Jerusalem. Image by Naomi Zeveloff

The Americans and American-Israelis in Jerusalem on Monday said they were implicated in Trump’s decision — whether they agreed with it or not.

“Since it is a United States embassy that is being opened in Jerusalem today it feels especially important and I think our role is a bit different today than normally,” said Vallie Rourke, a 25-year-old American-Israeli student at Tel Aviv University. “We are used to being in solidarity with Palestinians and strengthening the Israeli left and today it is our moment to be more in the center of the stage in telling and showing that American Jewry and diaspora Jewry oppose this move.”

Arnie Draiman, who immigrated from Washington, D.C. 34 years ago and lives in the neighborhood of the new embassy, said his three identities — American, Jewish, and Israeli — compelled him to support the embassy move. “It should have happened already quietly and done as a normal course of business,” he said.

At the protest, a few American Jews looked on without participating. Jacob Skolnik and Maddison Brusman, both in Jerusalem on a semester-long program at Hebrew University, said they were in the center politically — a position that’s increasingly losing ground.

“I don’t support Trump but I do support the embassy move,” said Skolnik. “I think we have this thing where if Trump does something and you are against Trump you have to automatically be against it and I am not that way. I very much think the embassy is a good thing and it shows American support of Israel. It is not without its problems for other people and it is important to recognize that. But I don’t think it is some sort of fascist nationalist move to move the embassy to Jerusalem.”

Naomi Zeveloff is a freelance journalist covering Israel and the Palestinian Territories.

For American Jews, Tears Of Joy Vie With Protests As Jerusalem Embassy Opens