Is Israel Doing Enough To Care For The Mental Health Of ‘Lone Soldiers’? 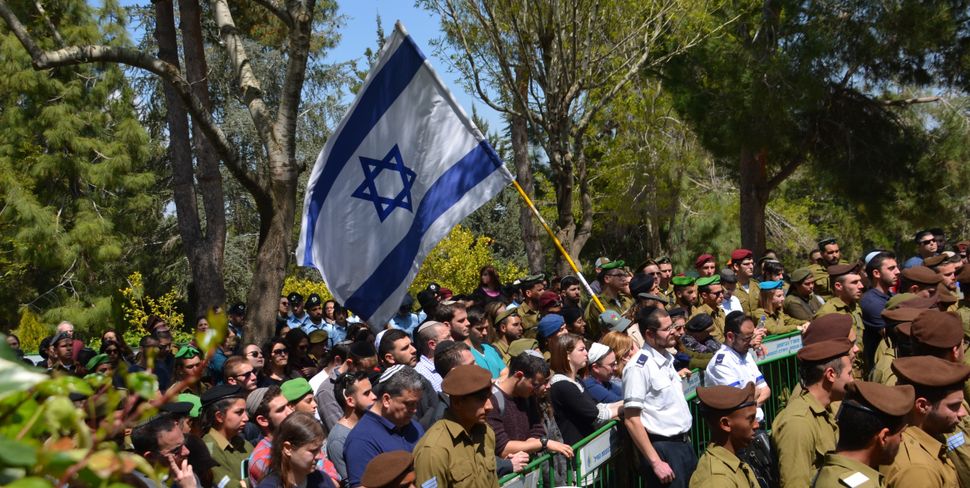 JERUSALEM — The call to attend the funeral went out on social media. Alex Sasaki, a 27-year-old IDF combat soldier from Laguna Beach, California, was to buried in Jerusalem on March 28 after an apparent drug overdose. His unit was serving on the border with Gaza as tensions were ratcheting up between Israel and Hamas and all leave had been cancelled. His friends worried attendance would be sparse.

They need not have been concerned. More than a thousand mourners came to the ceremony at Mount Herzl. At the funeral his mother Shelley’s voice broke as she thanked everyone for coming.

“He loved his service, and he loved Israel, his real home,” she said, sobbing.

Though Sasaki’s death is thought to be accidental, it comes in the midst of what one advocate says is a spate of suicides of so-called lone soldiers, who have no family in Israel. Now, some former soldiers and their families are asking whether the army does enough to ensure the mental health of lone soldiers during and after their service.

“The lone soldier program in theory is a beautiful idea, but in practice it’s killing people,” said Liami Lawrence, the founder of KeepOlim, an NGO that offers support for new immigrants in Israel. “A lot of these soldiers lie about their backgrounds to come into the army. A lot have had drug problems in the past. Not everybody leaves their baggage at airport before they move to Israel and starts a brand-new page.”

Lawrence says that Sasaki is the third lone soldier to die in the past four months, and that the previous two deaths were suicides.

Statistics are hard to find. Organizations advocating for lone soldiers say at least ten have killed themselves during and just after their army service in the past few years. In a statement, the army said only one lone soldier committed suicide in 2018.

Army statistics report that ten soldiers in the entire armed forces are suspected of committing suicide in 2018, as compared to 17 the previous year. A total of 43 soldiers died or were killed in 2018. The army does not distinguish between regular soldiers and lone soldiers. The army insists it is doing what is needed for all soldiers’ mental health, and said media reports have been exaggerated.

“There are about 6,500 lone soldiers in the IDF and each is dealt with individually by his commanders and the social welfare officers,” the army said in a statement in Hebrew. “They have a variety of tools to deal with all of the lone soldiers’ needs. Each commander must visit each lone soldier under his command in his home within a month of the beginning of his service, in addition to a meeting with him every six months.”

Of the 6,500 lone soldiers, about half are Israelis who are from low-income or broken homes, or are formerly ultra-Orthodox who have broken away from their families. The other half are immigrants, with a majority coming from the US. Lone soldiers can choose between living in a lone soldier house similar to a dormitory, living on a kibbutz, or having the army subsidize rent on an apartment.

Lawrence said that in the army, all soldiers, especially combat soldiers, are under a lot of pressure. Most soldiers go home on the weekends, where their parents do their laundry and spoil them. If they are having mental health issues their parents can usually spot it. Lone soldiers often have no one to go home to.

Lawrence said he received phone calls from 70 suicidal new immigrants last year, and 4 in just the past week. He meets them personally and often helps them get admitted to a hospital for treatment. All four of the recent calls have been hospitalized, he said.

Israel’s main suicide prevention hotline, Eran, has operators only in Hebrew and Arabic. Lawrence is currently raising money for a hotline and trained therapists in English, Spanish, French and Russian.

He also said that some parents see Israel as a panacea and believe that coming to Israel and joining the army will solve all of their problems. He said the army must do better screening and do more to take away the stigma of mental health issues.

The army has worked to decrease the number of suicides by soldiers who use their guns to commit suicide. If a soldier says he is suicidal, army procedure is to take away his gun so he can’t harm himself.

Isolation is a big problem, say mothers of lone soldiers. Susan, (who asked not to use her real name) says her son made aliyah last year and studied Hebrew on a kibbutz. He was drafted into the combat engineers corps last year and was doing well.

“When he was doing his advanced training he had some physical issues and then he got depressed that he wasn’t going to be able to continue training with his buddies,” she said. “Instead of sending him to the doctor, they kept him on base basically doing nothing. After a while they said, “This isn’t working. You aren’t going to be able to catch up, so we’ll find something else for you.” 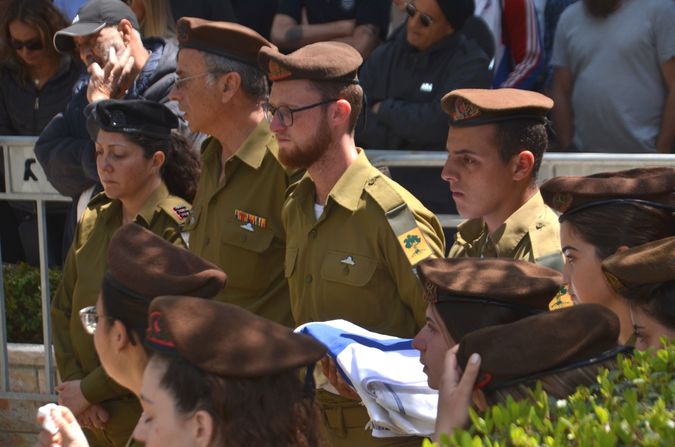 They sent him to a training course, and he began a new desk job.

“He was not doing well emotionally,” she said. “He had all these dreams of being a combat soldier, a warrior and it wasn’t working out. He was broken emotionally and it should have been caught much earlier.”

A few months later he met with a kaban, an army mental health officer, for a 20-minute interview. The kaban said told her son that he was being diagnosed with a mental illness, and was being discharged, Susan said.

Upon leaving the army, her son’s condition worsened. She says he received no support from the army. One night, he sent her a suicidal text at 3 am, and she insisted he come back to the U.S., which he agreed to do.

“That could easily have been my son in that coffin,” she said, her voice shaking as she spoke about Alex Sasaki.

Another lone soldier, Hanna Moses, made aliyah from Las Vegas in 2014 during the last war between Israel and Hamas in Gaza soon after she finished high school. She came full of idealism to serve Israel and afterwards to make a life here.

She was drafted into the Jordan Lions, a prestigious mixed male-female fighting unit.

“I wanted to do it, but no one tells you about the struggles that come with it,” Moses said. “The army is hard for everyone but especially for lone soldiers. I was by myself, and even though I have relatives here, it was still hard.”

About two years into her service, she said, she was so depressed that she couldn’t get out of bed for a week. She said she told her commanders she was depressed but they just gave her punishments such as having to stay on the base for Shabbat, or extra cleaning work.

“When you’re a fighter, they don’t have time to talk about your feelings,” she said. “There’s never enough people for everything like guard duty and kitchen duty. They (the army) doesn’t say “come talk to us,” they say, “this is the army and you have to do this.”

The kaban visited her base twice a month and she couldn’t always get an appointment. There is also a stigma against admitting mental health issues, she said, as it often means having your gun taken away and getting demoted to a desk job.

During her service, Hanna saw the kaban four or five times, and did not feel she received any real help.

“If someone has issues, they don’t take him seriously and he doesn’t get the proper help,” she said. “They just brush them aside.”

Hanna’s story has a happy ending. She managed to finish her three-year service and now studies at Tel Aviv university and works part time. She said that she belives that all lone soldiers should be seen by a kaban at least twice a year for a discussion on their mental health.

In the face of worries that the IDF isn’t taking sufficient care of lone soldiers, other NGOs have stepped in. Benji’s House in Ra’anan is named after Benji Hillman, a UK-born combat soldier killed in 2006 in the Lebanon war. With a budget of about $750,000 a year, it offers a home to 87 combat soldiers during and after their service. It also offers post-army counseling for all lone soldiers helping them find housing and jobs.

For the soldiers who live there, the house is really their home. When they come home on weekends, their bed is made, their laundry is done, and they get three home-cooked meals a day.

“If we see an issue we address it immediately,” Saul Rurka, the director of the center said. “There have been times that people come in upset and we talk to them and help them.”

For every space at Benji’s house there are at least four soldiers who want to come, he said. They are hoping to build a second house in the area.

Is Israel Doing Enough To Care For The Mental Health Of ‘Lone Soldiers’?