(Plus61.net.au) South African teen Adam Seef’s tragic death by suicide while on an Israel tour program last month has devastated not only his family and friends, but the Jewish community worldwide, raising questions about the Jewish community’s addressing of mental health in its youth and LGBT+ members.

Remembered as popular, funny, and a high achiever, Seef’s death came as a shock to many. In a note left on his phone, he said he was “struggling with my? place in the world, my transition into adulthood, my identity and sexuality.”

His parents said “he battled with low self-esteem, a warped self-image and anxiety, and this made him miserable.”

Seef’s passing sees an increase in urgency in the call for better LGBT+ acceptance and support within the Jewish community.

In one instance, five past and present leaders of Bnei Akiva UK released a statement urging those in the community struggling silently with their sexuality to reach out for help.

On the front line of the mental health battle in Israel, for sexual identity and other issues, is Crossroads Jerusalem, a free outreach centre for English-speaking youth-at-risk. Approximately 50 per cent of Crossroads’ clients are gap year participants, according to its executive director, Robbie Sassoon.

For Sassoon, Seef’s struggle is a familiar one. “We’ve seen a substantial increase in suicide crisis calls to our hotline over the last five years. Now we’ve getting one or two of those calls a week.”

In addition to a 24-hour hotline, Crossroads offers a drop-in centre, social space, and therapy. “We see about 25 therapy clients a week and 150 across the year, and about half of them are talking about suicide.”

“In my 18 years [at Crossroads], we’ve had one person who came to the space who went on to die by suicide. We’ve had a lot of close calls. And they talk about it all the time.”

They are seeking help for anxiety and depression, as well as sexual and religious identity, he says. “We had a girl who hid the fact that she was not religious and a lesbian. She would leave her place in a skirt and then put on a pair of jeans.” 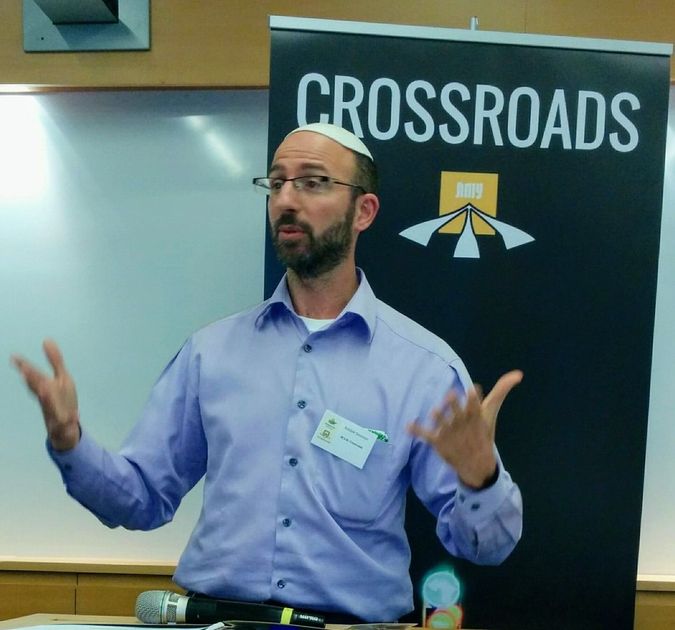 While the majority of gap year participants don’t experience severe mental health concerns during their visit, there is a lack of awareness about the severity of challenges faced by those who do, says Ariel*, who has sought help from Crossroads. “People don’t know about it,” she says.

“I don’t think people are aware of the struggles faced by some of the kids who come to Israel. They drink, they party. They don’t have proper supervision; they don’t have a proper curfew. They don’t have the same support as at home. They’re leaving their whole community sometimes.”

Ariel, who came from America to study at a seminary in Israel a few years ago, was suffering from depression, anxiety, trauma and self-harm when she found Crossroads. “I was like, oh, there’s free therapy? And they don’t tell my parents?”

Although some participants are reticent to share their struggles, there are warning signs that parents and staff can look out for if someone isn’t faring well, says Sassoon. “Are they eating? Are they sleeping? Are they participating or alone the whole time?” He recommends that students suspected of experiencing mental health struggles are treated with professional therapy.

For the wider community, the message of LGBT+ acceptance is crucial. What keeps kids coming to Crossroads, over and beyond crediting the centre with saving their lives, is the offer of a place where they feel like they can be themselves. “We offer them a non-judgmental space, and we support them,” says Sassoon. “That message is so important for communities and parents.”

“Every youth movement program has access to social workers and psychologists in Israel. If a madrich (councillor) feels like they don’t know how to deal with an issue, or the kid needs to speak to a professional, they have that.”

AZYC also runs sessions for kids both before leaving Australia and upon arrival in Israel to address mental health. The topics include managing expectations and learning how and when to ask for help for themselves and their peers.

“The kids who have pre-existing issues, they tend to be the ones that are fine, because the movement prepares really well before they leave, they know exactly what the kids need,” Shaul says.

“It’s usually harder when it’s not a pre-existing issue. They can come to Israel and get really overwhelmed about not being at home, or not having those comfort things, and that is harder to deal with. The kid doesn’t know how to ask for help.”