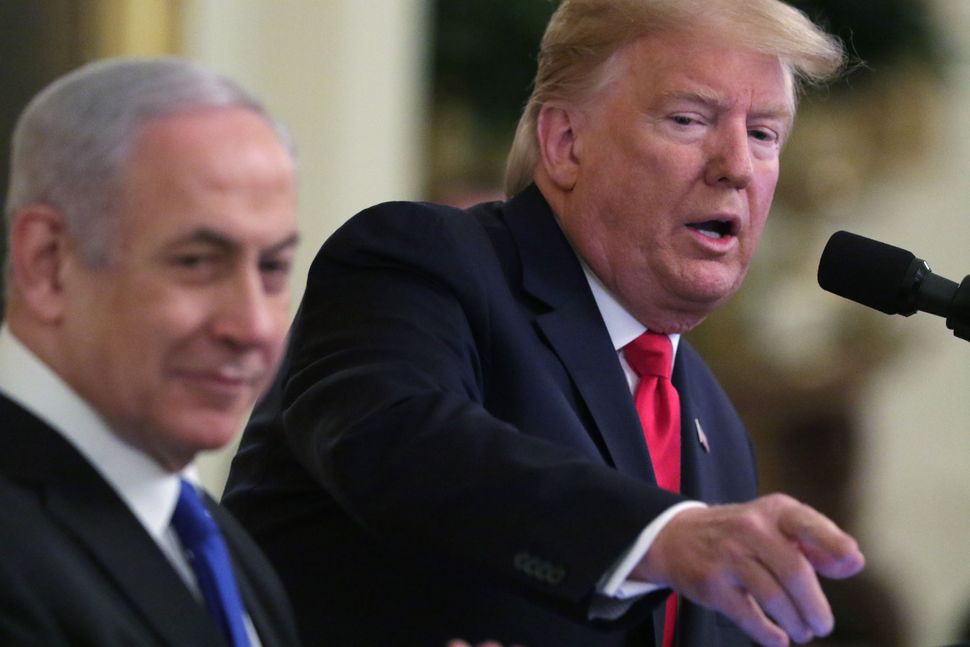 Surrounded by some of their closest allies, from members of Congress to major megadonors, President Trump and Prime Minister Benjamin Netanyahu revealed several details of their 180-page plan, which was later released online. Here’s what you need to know, in plain English:

What does Israel get?

Its sovereignty over the Jordan Valley recognized by the United States. This is the most notable part of the plan, emphasized by Netanyahu but glossed over by Trump. Israel already has military control over the valley, which it considers to have crucial security value, but it doesn’t currently categorize it as part of Israel proper. Netanyahu told Israeli reporters after the speech that he would call a Cabinet vote on Sunday to annex the Jordan Valley – though it’s unclear if the Cabinet has the legal standing to do so because Israel is being run by an interim government in the months before elections.

Recognition as a Jewish state — but only if the Palestinian Authority wants to negotiate. PA President Mahmoud Abbas calls that a non-starter, though.

Unfettered access to its settlements in the West Bank, because that part of the future state of Palestine would have lots of isolated and gerrymandered areas in order to make sure Israeli territory is contiguous.

To keep restricting Palestinians’ access to their Arab neighbors. Except for the Gaza-Egypt border crossing, the Palestinian state will be connected to its borders through a series of Israel-controlled special roads. Israel’s current borders, compared to an approximation of what they might look like if the Trump peace plan is enacted. Image by Russel Neiss/The Forward

What do the Palestinians get?

A contiguous territory in the West Bank … technically. There will be a lot of isolated and gerrymandered areas.

Not the capital they want, which would be in Jerusalem. Trump said that under the plan, Jerusalem will remain Israel’s undivided capital, but at the same time, Palestinians would get a capital in “eastern Jerusalem.” It’s possible that by this, Trump means an Arab suburb east of Jerusalem would be called “East Jerusalem.” It’s a real estate branding technique.

A tunnel to connect the West Bank and Gaza – likely the world’s longest. And they’d get some land from Israel in the Negev Desert for towns and industry.

A four-year promise from Israel not to build new settlements in the areas that would be the future Palestinian state.

What happens to Jerusalem?