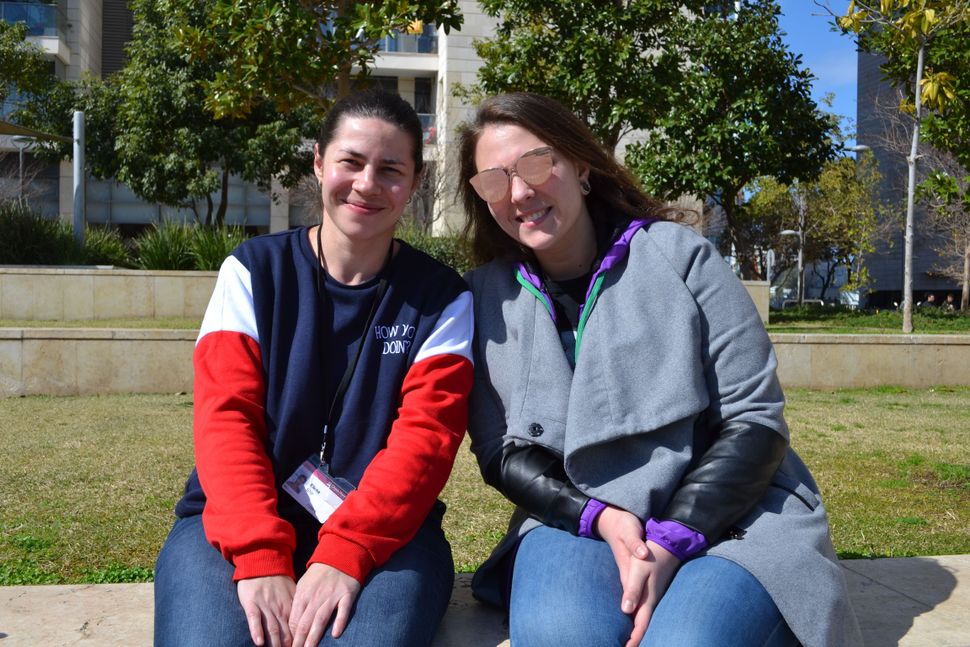 Days after the revelation that a massive election-related security breach exposed the private information of almost 6.5 million Israelis, Tel Aviv tech workers said that the incident exposed something else, too: the messy reality of “Start-up Nation,” when imperfect tech and incompetent politics collide.

“It’s the Israeli story,” said tech consultant Eyal Moshe, who was puffing on a flask-shaped vaporizer outside a glass building that houses offices for Google and Paypal.

“We can do big things like the Iron Dome and Waze,” he said, referring to Israel’s missile defense system and its famous traffic app. “And on the other hand, we do stupid things like exposing most of the registered voters in Israel to everyone.”

The breach happened due to a vulnerability in an app used by Israeli Prime Minister Benjamin Netanyahu’s Likud party to manage its election campaign. Likud uploaded the country’s voter registry to the Elector app, designed by the Israeli software company Feedback. Both Haaretz and the Israeli podcast Cyber Cyber revealed the security flaw, which allowed anyone to download information about millions of Israelis — including names, addresses, ID numbers, and in some cases phone numbers and other data.

The breach has drawn inevitable comparisons with the tech fiasco in last week’s Iowa caucus, when the Iowa Democratic Party couldn’t quickly tabulate results because of problems with an app.

But Moshe, in sunglasses and an untucked black shirt, rejected the comparison. “They had an issue with the app,” he said. “This is not an issue. This is neglect.” He described the problem in a succinct Yiddish phrase that’s commonly used in Israel. It’s “hap lap” — shoddy or unprofessional work.

Around the corner, another tech worker, who wouldn’t give his name, accused Likud of using “the cheapest workforce possible” for its digital election campaign, with possibly disastrous results.

The revelation could be damaging to Netanyahu, who is struggling to stay in power as Israel gears up for its third election in less than a year on March 2. Steps away from the tech-heavy district on the Ayalon Highway, a massive billboard sponsored by Likud’s rival, the Blue and White coalition, reminded voters of Netanyahu’s other problem: He has been indicted on criminal charges in three cases. Blue and White’s Benny Gantz “cares for Israel,” the billboard read, while Netanyahu “cares about himself.”

But it’s unclear if the security breach matters to Israelis, even those who work in tech. On Yigal Alon Street, where Tel Aviv’s landmark Electra Tower — the offices for several national and transnational companies — cuts a blocky silhouette, people walked around with ID cards hanging from their belt loops, taking smoke and coffee breaks. The tower’s complex includes a koi pond, with a metal sculpture of the English letters TLV rising out of the center.

Elena Shir was drinking tea with a friend on a break from her work in operations at Check Point Software Technologies, a cybersecurity firm nearby. She said she first heard about the breach in an email from her brother.

But her attitude quickly grew blasé. “It’s common knowledge generally in Israel that your data gets leaked all the time,” she said. She recalled searching for dog food online and receiving a text message from a dog food company days later. “Your data is out there, it’s happening.”

Naomi Zeveloff is a religion and politics reporter based in Tel Aviv.

Clarification, Feb. 14, 2:59 p.m.: This story previously characterized the phrase “hap-lap,” which means shoddy work, as Hebrew. It is in fact Yiddish, but commonly used in Israel, whose majority speaks Hebrew as their first language.