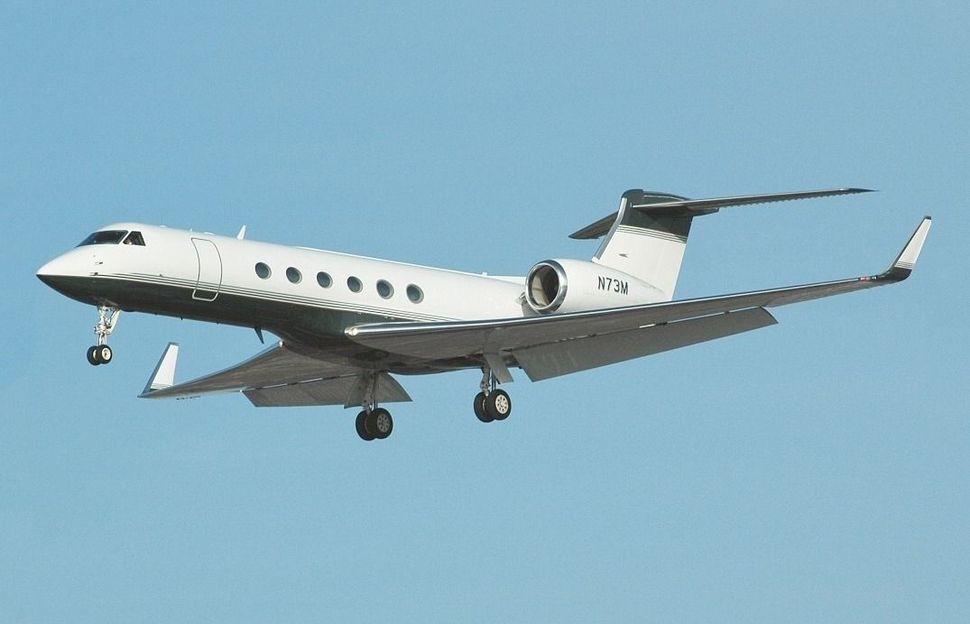 After Chaya Nechama Ungar survived the Holocaust, she was urged by her brother-in-law to marry Rabbi Yekusiel Yehudah Halberstam, a Hasidic leader known as the Sanzer Rebbe. She had heard about Halberstam: He had survived Auschwitz, where his first wife and nine children had perished; he was so pious that, while living in a displaced persons camp after the war’s end, he made Gen. Dwight Eisenhower wait until he was done praying before deigning to meet with him – and then gave a sermon that made the general cry.

Despite their age difference – she was 24 and he was 42 – she agreed. They moved to America and raised seven children as the Sanz sect spread around the world, with communities in Brooklyn, New Jersey, Israel, London and Belgium. She was a widow for 25 years until she passed away earlier this month in New Jersey after a long illness. There was no question that Chaya Nechama Halberstam would be buried alongside her husband in the Holy Land.

But how would that happen, given Israel’s stringent quarantine measures and an airline industry that has severely cut back on international flights? The answer: Her body was flown to Ben-Gurion International Airport on a private plane.

With the Jewish state under lockdown and global travel at a crawl, the costs of getting buried in Israel have spiked exponentially, whether the families charter planes or use El Al. And there are several other additional possible expenses — like fees for burial and travel by family members. But Orthodox communities in the United States and Europe have been hit hard by the virus, and the pandemic has perpetuated the practice of burial in Israel, not discouraged it.

A total of 151 bodies of Jews who died abroad were flown to Israel on either private or commercial flights between mid-March and mid-April, a large increase over the same period the previous year, according to figures that Israel’s Ministry of Religious Services provided to the Israeli publication Calcalist.

Cemeteries popular with Diaspora Jews have had to stagger their funeral times in order to avoid exceeding legal capacity. “We’ve been doing funerals at 2:00 a.m.,” said Menachem Lubinsky, the co-chairman of the International Committee for Har Hazeitim, which maintains the cemetery on Jerusalem’s Mount of Olives.

The longing to be buried in Israel is age-old; during the Exodus, the Israelites even carry Joseph’s bones out of Egypt in order to reinter him in the land God had promised them.

Modern Jews tend to cherish this dream for both religious and ideological reasons, said Samuel Heilman, a professor of sociology at Queens College and a leading expert on Orthodox Jews. Zionists believe that the living will follow the dead to Israel: If your parents are buried there, for example, you will visit their graves, and maybe stay. The religious are thinking about the end of days.

“There’s a tradition that when the resurrection of the dead comes about, the people in Jerusalem and its vicinity will rise immediately, and those who are buried abroad will take 40 years,” Heilman said.

Hence, the determination to maintain the practice even during the pandemic, and the rise of the chartered flight, which is “absolutely not a normal thing,” said Lubinsky. It’s purely a function of the lack of commercial options, he said.

Normally in the United States, caskets are shipped to Israel in the holds of United Airlines or El Al flights. But at the end of March, United suspended its casket shipment service both domestically and internationally. El Al cut back its flights to and from the United States after the Israeli government proclaimed that anyone entering the country from abroad would need to self-quarantine for 14 days. (The stay-at-home regulations have an exception for funerals.)

Some charter flights have come directly from the United States, while other Americans have flown privately to Europe and then transferred to a commercial airliner. Chartering a jet with the fuel capacity to fly directly from the United States to Israel, like a Gulfstream V, doesn’t come cheap. The travel blog One Mile at a Time estimated the cost for such a flight to be $150,000 to $200,000 – and that’s for the smaller models that could probably only hold one coffin. Bigger jets would obviously be more expensive, but could carry multiple caskets, allowing families to split costs.

Lubinsky said that that three or four families had recently pooled “something like $660,000” for a plane to fly their loved ones to Israel. Haaretz reported that one private flight that arrived just before Passover carried 16 corpses.

If families opt to use El Al, the flight costs less than a charter, but then they run the risk of incurring the cost of burying the body locally, disinterring it and then transporting it to the airport. El Al is now only flying from New York once a week or so, and since Jewish law requires burial as soon as possible after death, families of those who pass away halfway through the week must pay for a temporary burial.

It’s a complicated and expensive process, said Edward Yarmus, the funeral director of Plaza Jewish Community Chapel in Manhattan. “In order to disinter, you have to get authorization from the county where the death occurred, a special box where the deceased is placed inside, permission from the Israeli consulate,” he said. “You need to coordinate details with the airlines and with people in Israel.”

Yet at least one rabbi, Rubin Brach of Yereim Orthodox Chapel in Brooklyn, said that he had done eight disinterments on Monday and had eight more scheduled Tuesday, in order to fit them all into the El Al flight.

To be sure, some of these expenses could be avoided by burying the body in the United States and then disinterring it for shipment to Israel when things settle down. But many Jews are uncomfortable with moving a body after it’s been buried, Heilman said.

Besides, he said, “Considerations are not always based in rationality when it comes to death.”

Correction: Due to an editing error, a previous version of this article originally claimed that the Israelites carried Jacob’s bones with them during the Exodus from Egypt. In fact, they carried Joseph’s bones.