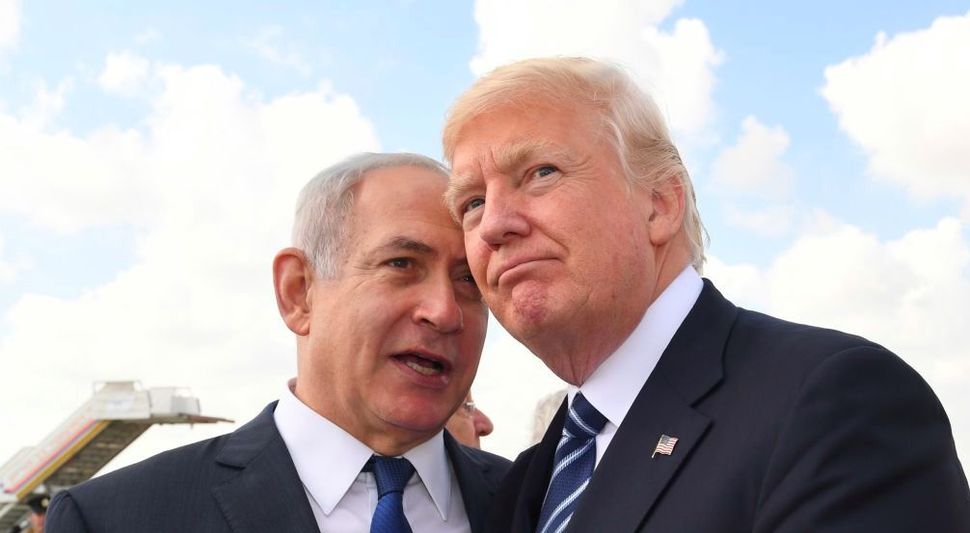 WASHINGTON (JTA) — Israel’s potential annexation of parts of the West Bank may not be a top election issue for American Jews, or even a top issue right now for most Israelis.

But some evangelical Christians in America are hoping to make it an animating issue for evangelical voters in this fall’s presidential election.

“This year, Israel is going to be the number one thing they take into the voting booth, and I’ll tell you why,” Evans told the Jewish Telegraphic Agency this week. “The one thing that unites all evangelicals concerning Israel is Genesis 12:3: ‘I will bless them that bless thee and curse them that curse thee.’ So I’ve got 73 million evangelicals on my Jerusalem Prayer Team Facebook site alone, and I know them. … The only thing they believe they can do to get God to bless them is to bless the land of Israel.”

The flipside, Evans said, is that if Trump stands in the way of annexation, he could face a backlash from evangelicals at the voting booth.

But exactly how many evangelical voters there are, and how much they are animated by the annexation issue, is unclear.

Gallup — citing the proportion of people who answer yes to the question “Would you describe yourself as ‘born-again’ or evangelical?” — says evangelicals have for decades comprised just over 40% of the population. And a 2017 poll commissioned by pro-Israel evangelicals found that the percentage of evangelicals who believe that the establishment of Israel was a fulfillment of prophecy was astronomically high — 80%.

Elizabeth Oldmixon, a University of North Texas political scientist who studies evangelicals and their relationship to Israel, has estimated that about a third of evangelicals are likely to put Israel policy at the center of their electoral decision-making. (Other issues that drive evangelical voting include abortion rights and religious liberty.)

Oldmixon told Vox in 2018 that “a subset of the evangelical community for whom the status of Israel is really, really important because of the way they understand the end of time” would constitute about 15 million people.

But many of those voters might have been satisfied by Trump’s moves already. Sarah Posner, an author who has written about the evangelicals’ affinity for Trump, said evangelicals were not likely to be preoccupied with the ins and outs of annexation.

“They’re very happy with the embassy move and are not going to give up on judges and policy they have long sought to enact (here) over annexation,” she said. “Honestly, I think most evangelicals don’t truly understand the annexation issue and were more wowed by something like the embassy move.”

Last month two pro-Israel evangelical leaders, Robert Jeffress and Joel Rosenberg, told The New York Times that evangelicals were indifferent to annexation and that they even might turn on Trump if he blesses annexation and it triggers regional turmoil.

“I don’t see any pickup among evangelical voters for this move, and there’s a risk that you could lose some evangelical votes, in the very states where you might be more vulnerable,” Rosenberg told the newspaper.

Notably, these figures might be heeding whispered counsel from the Israeli leaders with whom they are close who, despite their public statements, may be eager to avert a drastic step at a time that Israel is coping with a second wave of the coronavirus, and increased tensions with Iran.

But Rosenberg outlined in a detailed paper posted on his website that it was conversations with Palestinian and Arab leaders that had given him the most pause. He wrote that unilateral annexation would heighten instability in the country that evangelicals care so much about.

“Now would be a good time to be praying for the peace of Jerusalem and the region, and praying that Israeli and American leaders will have true wisdom at this critical moment,” Rosenberg wrote on his website. “Please pray for the Palestinian people who are feeling increasingly hopeless and left out of the process and seeing the U.S. and Israel make decisions without them. And pray, too, for the leaders and peoples of the moderate Arab states who are increasingly in favor of peace with Israel and see extraordinary opportunity for enhanced prosperity for all sides if treaties can be signed and trade relationships opened. … Strange times in the Epicenter these days.”

With both the United States and Israel facing a surge in coronavirus cases, annexation feels far less pressing than it did July 1, the first date that Israeli Prime Minister Benjamin Netanyahu could have formally proposed the move. A top Israeli official said this week that issue is landing on the back burner because the United States was paying it little attention.

Still, Evans said his followers, too, would be praying — for annexation to move forward, aggrandizing the land under Israel’s control.