Meet the team working to translate Rav Kook into Arabic Michal Reznic, left, heads up The Connecting Hamza, which runs Arabic language courses for Israeli Jews, many of them Orthodox, in Jerusalem.

Jews and Arabs in Israel live in two separate worlds. Even as they walk side by side on the street, members of each group are usually confined to their own linguistic, religious and cultural spheres, which rarely overlap. But a Jewish activist in Jerusalem is trying to change that by launching a project to introduce Arab readers to the richness of the Jewish tradition through the translation of the selected writings of Rav Abraham Isaac Kook, the first Ashkenazi Chief Rabbi of Mandatory Palestine.

The story began in 2018, when Michal Reznic read “Letters to My Palestinian Neighbor,” American-Israeli author Yossi Klein Halevi’s book-length attempt, framed as a series of letters to an Arab resident of the territories, to explain the Jewish connection to the land of Israel and “how the conflict appears through Israeli eyes.”

A coexistence advocate whose non-profit organization The Connecting Hamza runs Arabic language courses for Israeli Jews, many of them Orthodox, in Jerusalem, Reznic soon found herself fielding questions about the book from Palestinian colleagues who were perplexed by Arabic versions of the letters that Halevi had been posting on his website.

The translations were “not that great,” giving some Arabic-speaking readers a “misleading” view of Judaism, she recalled. 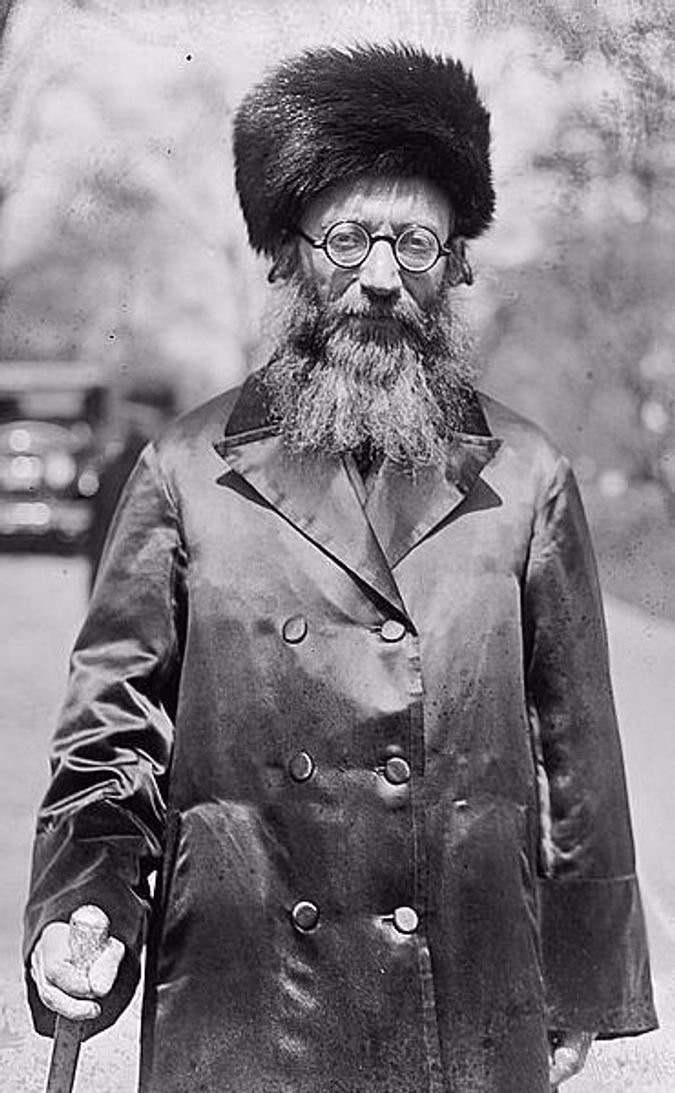 After reaching out to Halevi —a Senior Fellow at Jerusalem’s Shalom Hartman Institute— Reznic sent him a five-page sample translation prepared by her own Arabic translator, leading to the online publication of an Arabic version of “Letters,” sparking an ongoing dialogue between Halevi and readers throughout the region.

Halevi praised Reznic for facilitating this dialogue through her maintenance of the book’s Arabic social media accounts. He said it had been downloaded some 3000 times and that the activist was a “very important” part of his efforts to “begin a conversation with Palestinians and people throughout the Arab world about conflicting narratives. 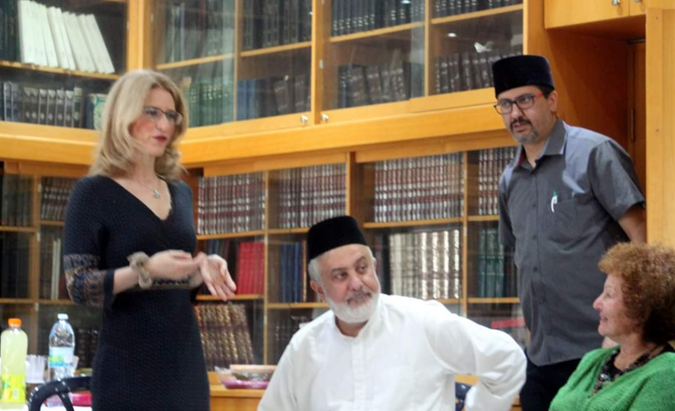 Michal Reznic, left, heads up The Connecting Hamza, which runs Arabic language courses for Israeli Jews, many of them Orthodox, in Jerusalem.

On the heels of her work with Halevi, a European acquaintance of Reznic reached out to her and asked if she could do something similar with “The Spiritual Revolution of Rav Kook,” a compendium of the influential Jewish thinker’s writings compiled by Ari Ze’ev Schwartz, a Jerusalem-based rabbi originally from Sydney, Australia.

And while the teachings of Kook — a shtreimel-wearing traditionalist who was also one of the most prominent religious supporters of the Zionist enterprise — have become increasingly become associated with right-wing religious Zionism and the settlement movement in the public eye, he was also one of the deepest Orthodox philosophers of the 20th century, bringing traditional rabbinic approaches to bear on issues of science and faith, tradition and modernity and nation and individual.

It was this side of Rav Kook, “his message about peace, the inner self and the inner work that we all have to pursue for personal growth and creativity,” that interested Reznic in the idea of replicating her work on “Letters” and introducing Kook to the Arab world.

There are “a lot of things that they can relate to, universal spiritual topics,” she said.

Because of the ongoing conflict, many in the Arab world “don’t really know that much about Judaism,” said Ali, who is currently working on a sample translation that Reznic can show around while looking for sponsors for the project, which is currently unfunded.

Ali, who asked that neither his real name nor his location in the region be published for fear of reprisal, said that he found the idea of introducing Rav Kook to the Arab world intriguing because Schwartz’s compendium presented a fascinating summary of “Jewish morality, philosophy and spirituality” which resonated with him.

“The Arab and Muslim world filled with a lot of myths and twisted information about Jews and Judaism and Israel because of this conflict which contributed to this sort of distortion” and spreading the teachings of Rav Kook could hold in correcting the record, he said.

“I’m not saying it’ll have this great impact to dispel all myths, but at least it’ll make some people rethink what they passively absorbed about Jews and Judaism.”

However, while the purpose of translating Halevi into Arabic had a strong political component, dealing as it did with the Israeli-Palestinian conflict, Schwartz, who gave Reznic permission to translate his book, said that his was “not a book about politics” but rather “about love of God and Torah.”

Schwartz, who teaches in a number of yeshivas in Jerusalem, recalled how his own students were “amazed by how relevant” Kook was, with his writings on issues of “creativity and individual meaning and love of humanity.”

Reznic and Ali “were both very moved by his writings and very surprised that this Haredi rabbi has this deeply Jewish but also deeply universal outlook and she felt it could be a bridge and eye-opening for Jews and Arabs,” he said, adding that presenting Arabic speakers with “this incredibly open-minded and deeply Jewish thinker” could only lead to the sanctification of God’s name.

As for Halevi, the translation of whose book provided the impetus for Reznic, Schwartz and Ali to begin their project, he believes that “anything that widens the circle of mutual knowledge between Muslims and Jews generally is positive.”

“Michal is an extraordinary person” and her latest effort is “moving and intriguing,” he said.

Meet the team working to translate Rav Kook into Arabic