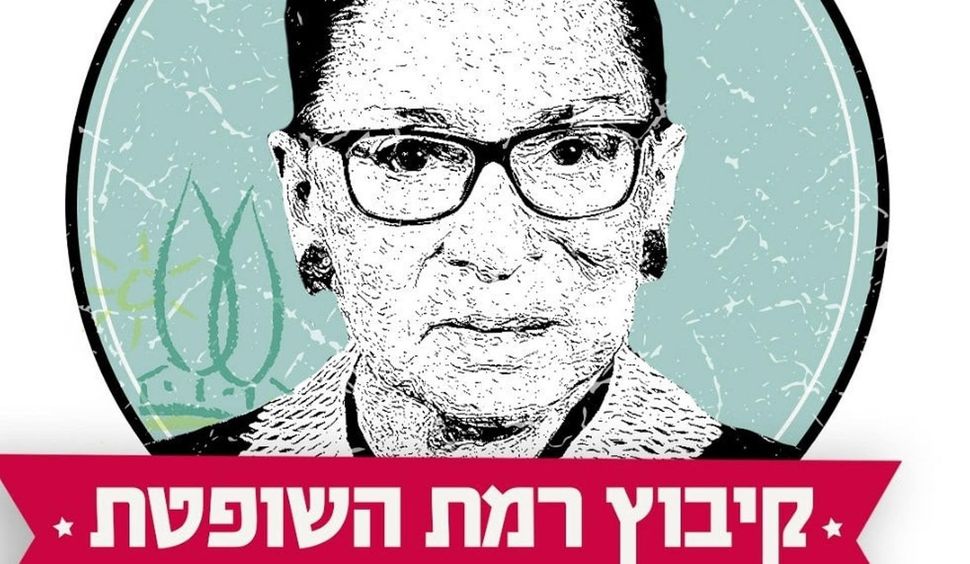 When I was studying Hebrew and working at Kibbutz Ramat Hashofet, back in 1977, I was always a little envious of the volunteers down the road at Kibbutz Ein Hashofet, southeast of Haifa.

Kibbutz Ramat HaShofet in israel is renaming itself for a week in honor of #RuthBaderGinsburg. Meaning “heights of the judge, the kibbutz was founded in 1941 and named after American federal judge Julian William Mack. pic.twitter.com/ukNjo4DKpt

Both kibbutzim had been established by members of Hashomer Hatzair, the socialist-Zionist youth movement. Both had been named to honor distinguished Jewish American jurists who were active in the Zionist movement. But whereas the name Ramat Hashofet – “Hill of the Judge” – was meant as a tribute to Julian W. Mack, a longtime federal appeals court judge, Ein Hashofet – “Spring of the Judge” – had been named in honor of the better-known Louis Brandeis.

Brandeis was not only the first Jew to sit on the U.S. Supreme Court, he also continues to be remembered as one of the high court’s most distinguished members of all time. But Julian Mack is more obscure.

To be fair, Judge Mack (1866-1943) was highly accomplished too: He was a co-founder of the law review at Harvard Law School, where he studied, and like Brandeis, he played leadership roles in a number of social-reform movements. He was also an early supporter of the National Association for the Advancement of Colored People and the American Civil Liberties Union. Both Brandeis and Mack served as president of the Zionist Organization of America, in its early years, when the group was the umbrella body for a wide range of Zionist organizations.

Nonetheless, Mack’s name never had the recognizability or cachet of Brandeis’, and if you wanted to plead his case, learning facts about his life and career wasn’t as simple a task four decades ago as it is today.

Thus, it was with some sense of pleasure, however belated, that I learned on Monday that my erstwhile kibbutz home had temporarily renamed itself for a Jewish “Supreme” probably even better known than Justice Brandeis. That’s right: Kibbutz Ramat Hashofet is now “Ramat Hashofetet” – in memory of Justice Ruth Bader Ginsburg, who died on September 18. The name change will remain in effect through Yom Kippur.

It was kibbutz member Elad Tesler who had the idea of the name change, and who announced it on Facebook. When I reached him, he explained that he had thought of it after watching a program about Ginsburg on Kan TV the day after her death. “I felt it was important to raise awareness about a woman who had had an influence on so many people in the United States, and even internationally,” he wrote to me, after I contacted him on Facebook.

Tesler, 46 and a woodworker, was born at Ramat Hashofet, though our paths didn’t cross, as he was only 3 when I attended the Hebrew-language ulpan there. The kibbutz was privatized years ago and is now considered a “renewing” kibbutz, meaning that individual members are responsible for their own finances, although they still own collectively a number of businesses and other kibbutz property.

Tesler broached his idea to Suzanne Raz, who is in charge of cultural life at the kibbutz, which is home to some 1,000 residents, and together with her husband, Noam Raz, they wrote the statement that was posted on Facebook, praising Ginsburg as, “a warrior for human rights for all, and the rights of women in particular.”

Suzanne, 40, is a graphic artist, and it was she who volunteered to make the stylish logo that accompanied the announcement of the renaming. Both she and Tesler explained that they shared their idea with other residents on the kibbutz’s Facebook page, and also cleared it with the kibbutz’s leading official, the “community director.” But it doesn’t have legal significance. Rather, said Raz, it’s a “gesture.”

“We said it would be for a week,” she continued. After all, she acknowledged, Ramat Hashofet is already “named for another American Jewish judge. You can’t just tell him, ‘you’re fired.’”

I asked Elad Tesler how many people living at Ramat Hashofet actually knew the name of the man for whom it was originally called, in his opinion. Everyone, he replied. The kibbutz pub is called “The Julian Mack Bar.” It’s closed now, because of the Coronavirus lockdown, but, he said, “you can’t miss it.”

Even if Ramat Hashofet doesn’t find a way to permanently honor the memory of Justice Ginsburg, it’s my guess that it’s just a matter of time before another community in Israel, or at least a community center, is named for her. True, the political sentiments here these days lean more in the direction of the namesake of the new Golan Heights settlement “Ramat Trump,” but even for those who didn’t share her judicial philosophy, it’s hard to resist the celebrity status of the Notorious RBG.