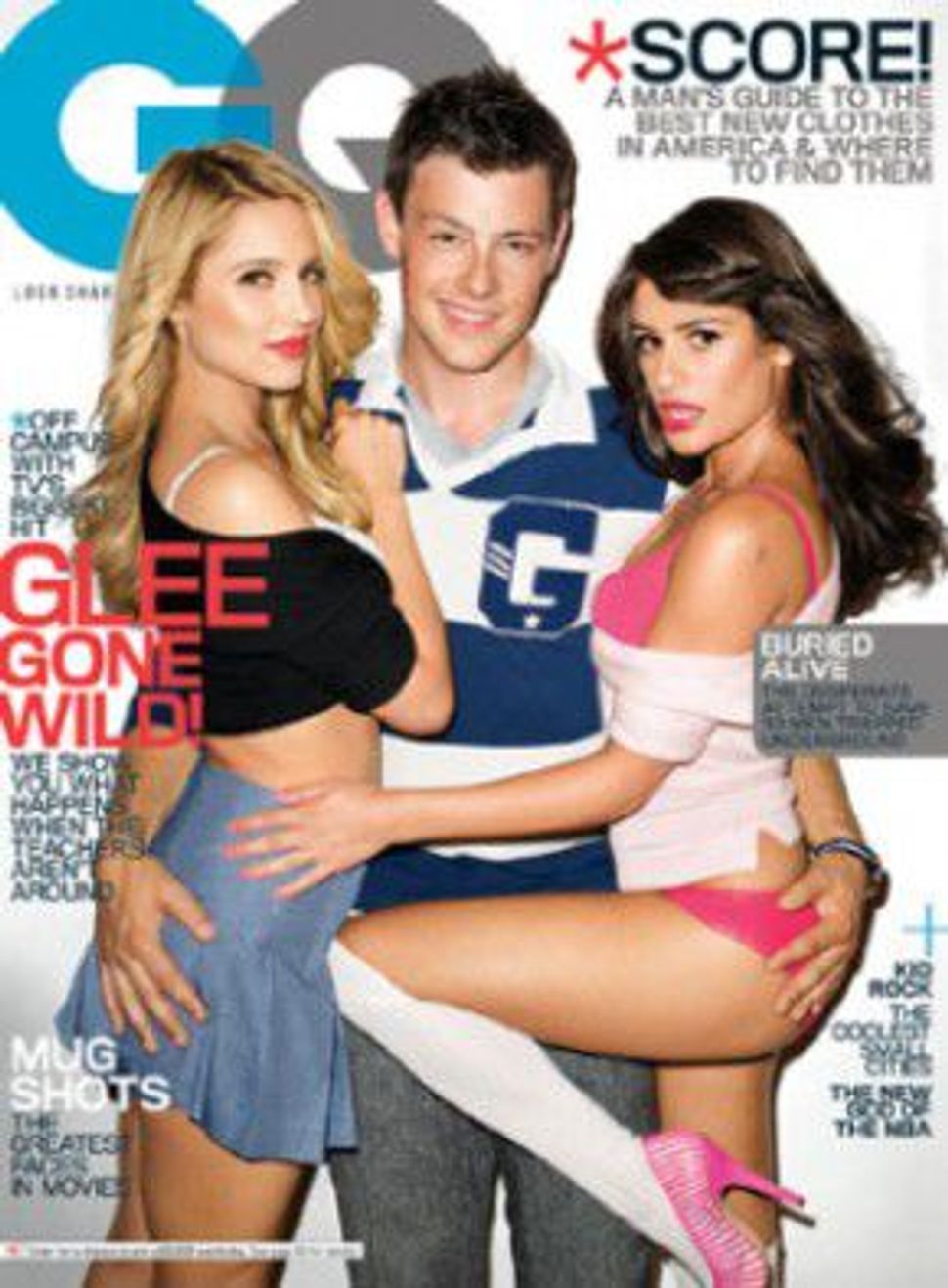 I, too, thought “uh-oh” when I saw the now infamous “Glee” photo shoot in GQ — see our earlier, related post here — nodding my head in agreement to the chorus of critiques deeming it sexist and even pornographic. But then I remembered what I used to dress like in my early 20s and realized that perhaps I had been too quick to judge. Fine, I never wore underwear as pants while suggestively sucking on a lollipop like Lea Michele does in the photo shoot, but you could certainly say that my wardrobe as a married woman is considerably more modest that many of the Friday night get-ups I used to wear in my early 20s.

Because I am slow to learn, I had a similar knee-jerk reaction when reading Dodai Stewart’s response to the article “The Truth About Beauty,” by Amy Alkon on Pyschologytoday.com. I instantly sided with Stewart that the article, which encourages women to remain mindful of their outer-beauty and promotes the damaging messages put forth by mainstream women’s and men’s magazines.

Like Stewart, I was revolted by the closing line from Alkon’s piece.

The truth is, like knowledge, beauty is power. So, ladies, read lots of books, develop your mind and your character, exercise the rights the heroes of the women’s movement fought for us to have, and strive to become somebody who makes a difference in the world. And, pssst…while you’re doing all of that, don’t forget to wear lipgloss.

But then, again, I realized that this sounds a little like me. I read, I pray, I vote, I blog about feminism — and I also remember to wear lip gloss. Well not literally — I don’t think lip color flatters me — but certainly metaphorically.

And so I find myself on that tight rope between sexism and sexuality — the part of me that worries about the unrealistic expectations on women and the ways in which they distract and harm us, and the part of me that seemingly instinctively, loves beauty, adornment, and well, gaining the attention of the male gaze. This is not something I am always conscious of, nor is it something I put a lot of effort into, but it would be dishonest to deny that this never crosses my mind, or to claim, “I am doing it for me.”

All began their careers with a preponderance of fans in the bubblegum set and traced the same celebrity arc, by which Disney tiara is exchanged for Victoria’s Secret teddy and the sweet princess becomes a sweaty temptress. If she’s lucky, she then proceeds quickly to some amalgam of the two, her diversifying mission accomplished. If not, she’s Lindsay Lohan, Bruni writes.

Bruni makes a good point by explaining these radical shifts as a chance for young women to mix-up their image, and is correct that because of sexism male stars are not expected to engage in a similar about-face. While I am not a fan of Miley Cyrus’s pole-dancing, Christina Aguilera’s crotch-less chaps, or the influence in general that pornography has had in pop culture, I do think there is some value in young women exploring their femininity and sexuality. There was for me.

Maybe it had to do with growing up in generation Madonna, but in my early 20s feeling sexy was for the most part a source of power and pride. Like many a third-wavers, I took ownership over my short skirts and cleavage, it was a way to say “sex is mine too.” Perhaps if these young women weren’t forced into the “bubblegum” image in the first place, they would have taken it down a couple notches when it came time for them to declare that sex is theirs, too.

And while I am certainly more discreet now in my early 30s, I can’t pretend I am oblivious to, or actively rebel against, how I look to men — including, most importantly, my husband.