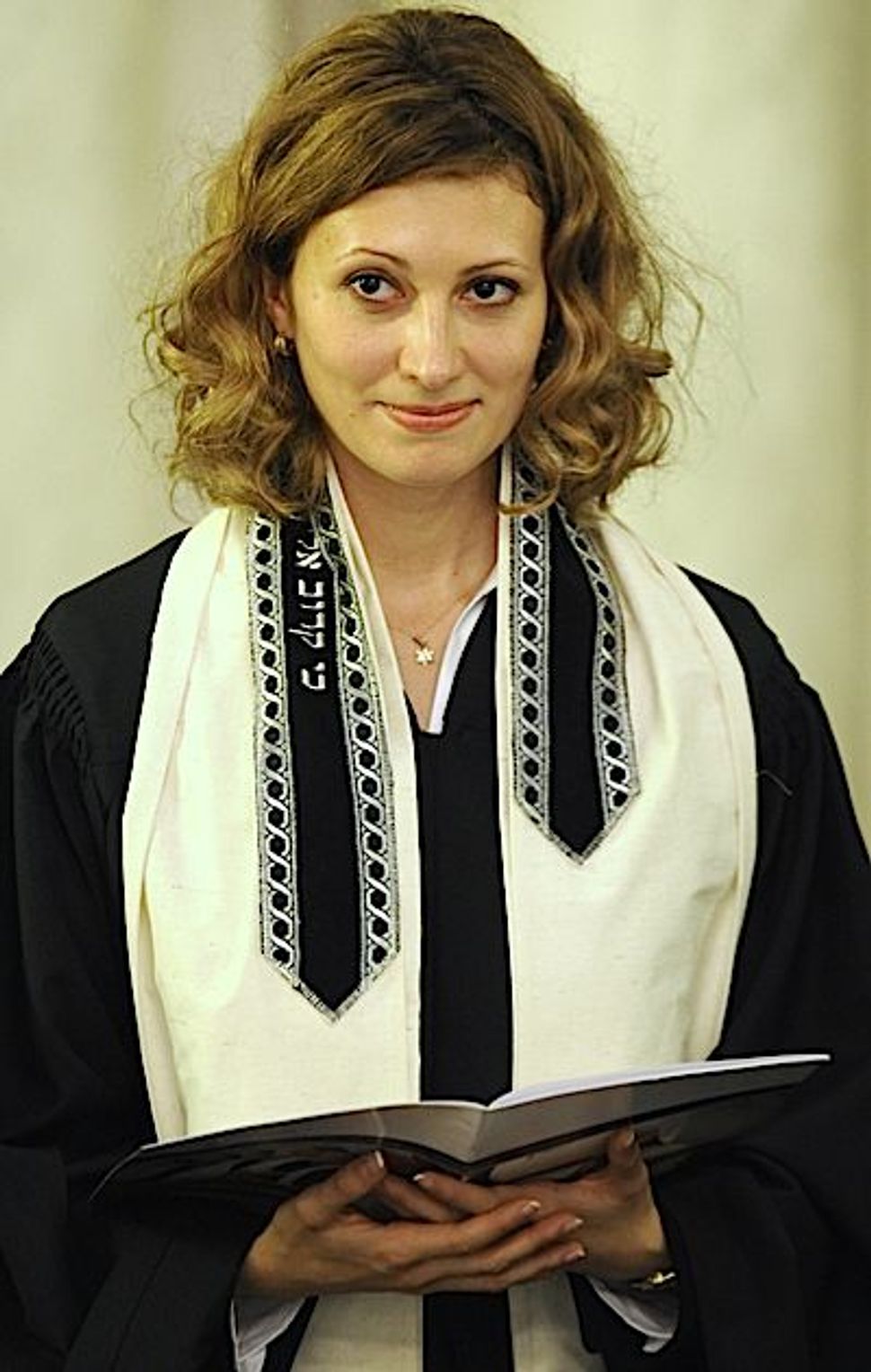 Alina Treiger at her November 4 ordination. Image by Getty Images

That would be Bea Wyler, who was trained and ordained at New York’s Jewish Theological Seminary during. Her 1995 appointment to serve the Jewish community in and around Oldenburg, in northwestern Germany, caused considerable controversy — amid the rabbinical establishment’s refusal to accept a female rabbi into its ranks. The Ukrainian-born Treiger, whose rise has been more warmly received than that of her predecessor, will also serve the community of Oldenburg.

Treiger’s appointment has revived interest in Regina Jonas, Germany’s first woman rabbi, ordained in 1935 — nine years before she murdered at Auschwitz. “When I look at [Jonas’s] photograph I’m reminded of what a significant step this is,” Treiger told The Guardian.

Several more women, studying in Germany to become rabbis, are expected to be ordained in the coming years.