The Pope (Kinda, Sorta) Loosens on Condoms: What It Might Mean 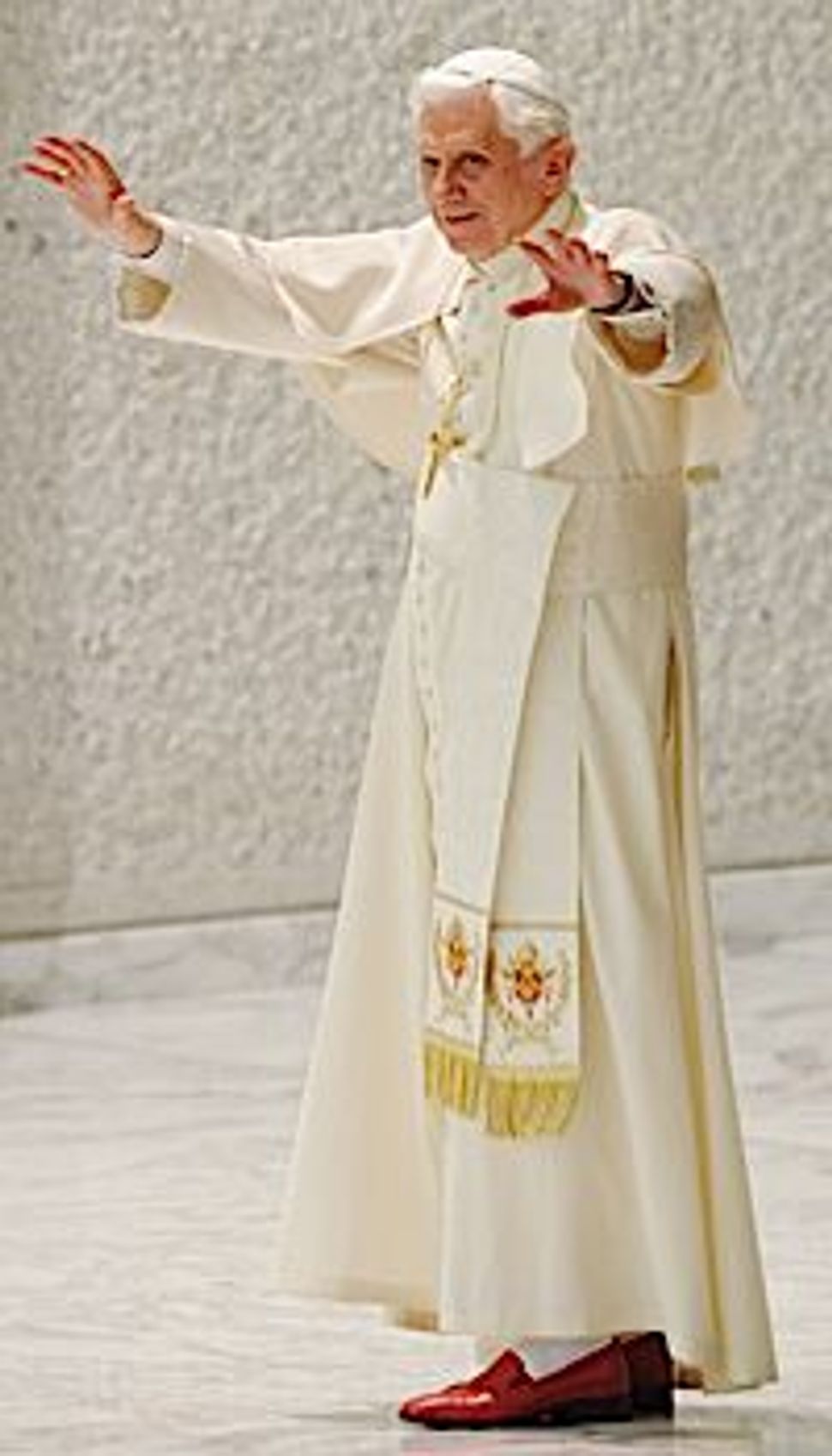 While it seems like Jewish opinion runs the gamut on condom use and birth control, our lack of a centralized authority on such matters — and our cultural and religious tradition of debating everything to death — means there’s long been a variety of pragmatic and idealistic views on the matter, mostly leaning in favor of allowing some birth control.

But for American Catholics, the fact that the Pope frowns on condoms while 95% of laypeople use birth control, has always been a fascinating and glaring disconnect. And the outrage is particularly strong when it comes to AIDS prevention in Africa and all over the world, where condom distribution could save countless lives.

Now that the Pope has entered the world of moral relativism, saying that condom usage is still a terrible, evil sin, but in some dire situations it’s the lesser of two evils, one has to wonder what floodgates will be opened.

It’s a huge and welcome (if outdated) step to acknowledge that some “sins” might worse than others — like say, allowing people to die of a horrific disease vs. stopping a pregnancy before it’s even conceived. But for some, there’s a “slippery slope” associated with this kind of practical and relativistic thinking.

If some sins are worse than others, then that opens the door to say that, to make a few cynical leaps forward, abandoning a baby to die in a dumpster is worse than a first trimester abortion. Or a member of the clergy molesting a child is worse than a loving homosexual couple adopting a child. Or as Katha Pollit wrote, it’s conceivable that contraception could be used to prevent, well, conception:

Theoretically, every fertile woman who has sex is at some risk of serious injury or death from pregnancy. In the United States 569 women died in childbirth in 2006… The risks of childbearing, even in modern industrialized countries, is one reason having a baby should be a woman’s conscious choice. Now that the pope has said people of both sexes can use condoms to protect themselves from a fatal sexual disease, can he not also, by the same logic, say women can protect themselves from the dangers of pregnancy?

It will be interesting to see how the effect of these very tenuous, but nonetheless groundbreaking, statements ripple throughout Catholicism — and indeed all conservative religious communities.

The Pope (Kinda, Sorta) Loosens on Condoms: What It Might Mean