Q&A: Meg Wolitzer on Sex, Suburbs — and the Workmen’s Circle 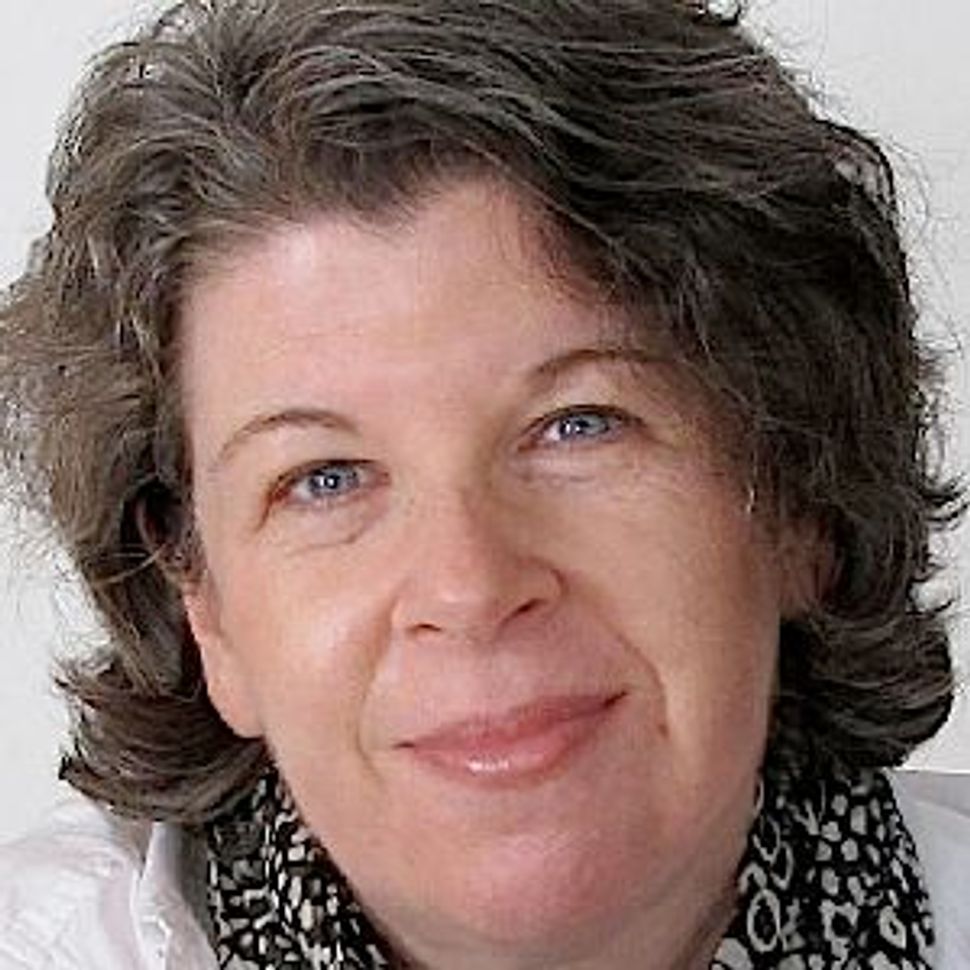 Meg Wolitzer writes in spaces where women’s emotions run high: She has tackled wives overshadowed by their husbands, as well as career woman who became stay-at-home moms. In her new novel, “The Uncoupling” (Riverhead), she investigates sex by creating characters who stop having it altogether when a spell enchants their suburb. The magic begins — or ends, depending on how you see it — when a drama teacher produces the Aristophanes comedy “Lysistrata,” in which women withhold sex from men to protest war. Wolitzer spoke recently with The Sisterhood about mobile devices as sex objects, loud, Second Wave feminist Jewesses and not writing chick lit.

Allison Gaudet Yarrow: When you were writing the novel, did you see it as a commentary about how American women are sexualized?

Meg Wolitzer: I think everybody is completely weird about sex. We are marinating in sexual imagery constantly. It’s almost a radical position to say there are vicissitudes.

The post-Freudian idea that sex means you are filled with vigor and therefore if you are not sexual for some period of your life, you are weak — that isn’t true.

The mysterious drama teacher who conceives performing “Lysistrata” is loud, quirky and plays show tunes on the piano. Her name is Fran Heller. She’s Jewish, right?

Yeah, I guess she is. I’ve known women like this. My mother was very affected by Second Wave feminism and became a novelist because of it. She had some friends, a new breed, who were more interesting, tougher; a couple of lesbians, ones who wrote dirty fiction. This was exciting and interesting to me.

Did you have a particularly Jewish upbringing?

Growing up, I went to Sholem Aleichem Yiddish Folk School on Sundays. It had that Workmen’s Circle, lefty quality that I respond to.

Another theme in “The Uncoupling” is a profound generation gap amplified by technology. Students are preoccupied with screens, and mobile devices are described as sex objects.

We’re at a moment in time we don’t even understand. We’re seduced away from human interaction to screen interaction. It is another kind of spell. The best way to look at the unconscious would be to look at all your searches on the Internet in a few hours when you thought nobody was looking.

There are a lot of jokes about upper-middle-class suburban culture in the book. Women who aren’t necessarily close sign e-mails “xo.” There’s a Whole Foods-type grocery store, Grains and Greens, where you buy produce, and a trendy restaurant, Peppercorns, where you drink after work.

They aren’t jokes so much as they are a consolidation of what the culture is doing right now. I try to use as few real-life popular culture references as I can. Using a lot of them assumes there is a public vocabulary and that it is the same for every person. I make up my own lexicon.

Is it bothersome to hear people refer to your writing as “chick lit” when comparing you with male writers, like Tom Perrotta, who traverse similar modern suburban territory?

I don’t write chick lit. I guess I have staked out the territory of women’s interior lives. Next time, I’m going for women’s exterior lives: plastic surgery, Martha Stewart and makeup.

Listen to the Yid Lit Podcast with Meg Wolitzer here.

Q&A: Meg Wolitzer on Sex, Suburbs — and the Workmen’s Circle